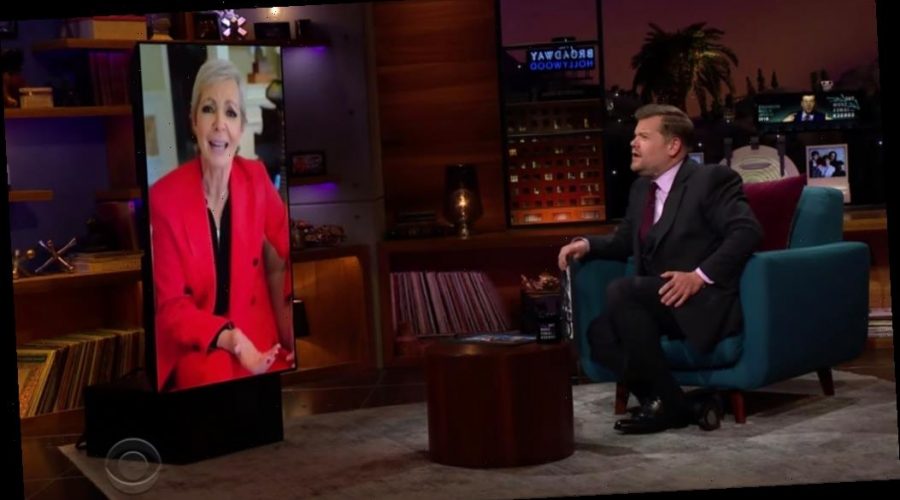 Fans of CBS’ recently canceled comedy Mom aren’t the only ones who were hoping for a little more time with the show: Star Allison Janney told James Corden last night that she would have liked another season for a proper goodbye.

“I wish we’d had at least another year for the writers to have that much time to ramp up to the ending,” Janney said on The Late Late Show with James Corden. “We sort of found out sooner than we thought we would hear. We thought, ‘Surely they’re going to want more Mom,’ and they decided not.”

Asked by Corden why Mom, which costars Anna Faris, was canceled, Janney said, “There are so many reasons behind it. Most of them probably money.” The former West Wing actress added that creator Chuck Lorre is currently writing the series finale. “Right now we’re filming the third-to-last episode.”

Janney said she felt lucky to have appeared two long-running series – The West Wing ran for seven seasons, Mom for eight – but that the final day on set will likely hit hard.

“I’m having a lot of moments where I’m just standing on set and taking it in,” she said, “and looking at all the faces I’ve looked at for eight years…No matter how much I prepare myself for it, I know I’m going to be just tears, buckets of tears, because it’s just been so incredible.

“The amazing letters I get from people who are in the program or got sober with us. It’s been a great show to be a part of, and it’s so rare when you do something like that and it affects people in a positive way out in the world. It makes me sad, but onward. More later, you know?”

Janney also talked to Corden about similarities between her West Wing character C.J. Cregg and Joe Biden’s White House press secretary Jen Psaki, and said she was looking forward to Friday’s West Wing reunion on the Stars in the House YouTube series.

Watch Janney’s appearance on The Late Late Show with James Corden above. The discussion about Mom begins at the 8:57 mark.

18/03/2021 TV & Movies Comments Off on Allison Janney Was Hoping For Another Year Of ‘Mom’, She Tells ‘Late Late Show’s James Corden
Lifestyle