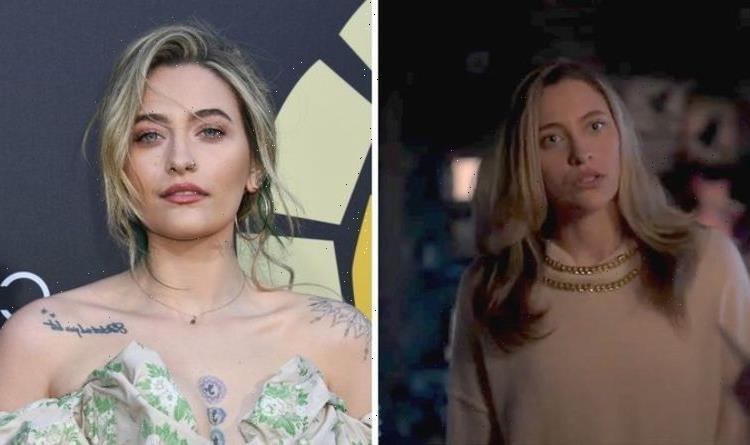 Hulu’s highly-anticipated spin-off series finally premiered last week and fans were excited to see who would be part of the show and how they would incorporate the horrors from the original series. In the series, Paris Jackson played Maya in American Horror Stories and she revealed the key scene that had her horrified and constantly apologising.

This new spin-off anthology series transported fans back to where it all started, the murder house.

However, this time instead of Vivien Harmon (Connie Britton) and Ben Harmon (Dylan McDermott), there are a brand new set of characters and a whole different storyline.

The family made the decision to move into the most haunted house in Los Angeles in an attempt to flip it and turn it into a haunted exhibition.

The family don’t believe in spirits or ghosts so they were unaffected by the rumours about the house until something about Scarlett changed.

She had found the notorious Rubber Man costume and made the mistake of putting it on.

This became incredibly fatal for the family because once she put it on, the evil spirits took advantage of her and she began having sudden murderous urges.

Maya was also a mean girl. Paris Jackson revealed to The Wrap that she knew she was playing a mean girl, but it was after reading the script that she felt “horrified.”

She stated: “So when I read the script the first time, I was honestly pretty horrified at how cruel and just evil and vindictive the character is.”

This meant whenever the director would yell cut, the cast would come out of character and apologise to each other if they had to say an awful line to each other.

“With Sierra, it was just us apologising to each other constantly,” Paris added.

Maya’s evil bullying side was revealed to fans when they watched her secretly Livestream Scarlett as she opened up about her violent sexual fantasies.

Maya would also flirt and connect with her on a deeper level over text and then completely betray her trust at a sleepover to impress others.

The apologising also went the other way: “And then when it came time for her to kill us, she kept saying, ‘I’m so sorry, I promise I don’t hate you.’”

“It was a really cute constant interaction of us apologising to each other, especially because she’s very believable,” the actress added.

Paris has starred in a number of other movies prior to American Horror Stories, including MTV’s spin-off series of Scream, but this is the first time she’s played a bully.

The 23 -year-old also revealed that her godfather Macaulay Kalkin was the one who helped her prepare for the role.