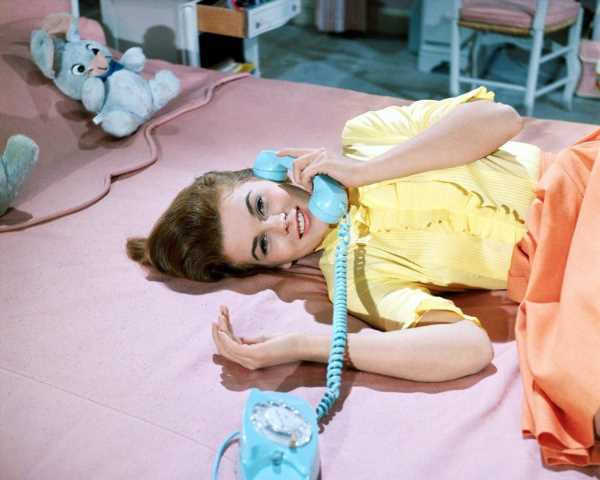 One of Ann-Margret’s most famous movies is Bye Bye Birdie. While the teen musical seems wholesome today, Ann-Margret revealed one of her outfits was daring for the time. Here’s a look at the effort it took to create the scene.

How Ann-Margret got the role in ‘Bye Bye Birdie’

During an interview with Entertainment Weekly, Ann-Margret revealed she got to star in Bye Bye Birdie because she caught someone’s eye at a New Year’s Eve celebration. “Mr. George Sidney — a wonderful director, bless his soul — saw me at a New Year’s Eve party at Las Vegas’ Sands Hotel in 1961,” she recalled. “

“I was barely out of my teens, having a great time doing the twist, and I had the bright red hair,” she recalled. “Ahh, dear! He just knew then that he wanted me in Bye Bye Birdie.” For context, Sidney was well-known for directing movie musicals like Pal Joey, Annie Get Your Gun, and Kiss Me Kate.

Later in the interview, Ann-Margret discussed a musical number that required lots of preparation. “Our biggest number was ‘A Lot of Livin’ to Do,’” she said. “Oh, my gosh, the adrenaline! We rehearsed that for three weeks and shot it for three days. I don’t think they spend that kind of time now. The dancing — we moved like chickens. “

“I was lip-syncing, but I always sang along,” she added. “It wouldn’t look real if you didn’t. The outfit was a little daring for that time, the stretch capris. I happened to love that color. I think they called it Schiaparelli Pink. It was the exact color of cotton candy.”

Ann-Margret felt her outfit in the scene was somewhat daring but it wasn’t daring enough to trigger any backlash. During a 2021 interview with Fox News, she revealed the movie completely changed her life and catapulted her to stardom. Ann-Margret said she’s still friends with her Bye Bye Birdie co-star Bobby Rydell. She loved making the film and she thinks that shows in her performance.