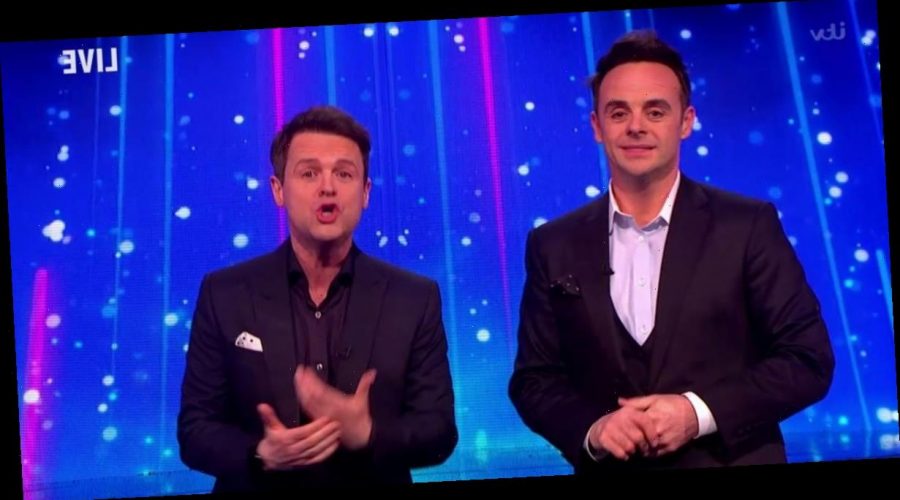 As the old saying goes, ‘All good things must come to an end’ and unfortunately for Saturday Night Takeaway fans, this happens to be the case.

On last Saturday’s show, Ant McPartlin and Declan Donnelly made the sad announcement to millions of viewers that this series was coming to an end.

During the episode, the cheeky Geordie duo were joined by Britain's Got Talent judge and former Strictly Come Dancing star Alesha Dixon as guest announcer.

Television presenter Stephen Mulhern disclosed to viewers that it was the penultimate episode of the year. The seventh and final episode will air this Saturday with Mo Gilligan as the special guest announcer.

Saturday Night Takeaway is one of ITV’s most popular programmes, as it rakes in millions of viewers each week.

Fans took to Twitter to air their distress over the news.

One fan even mentioned that her 6-year-old cried when they heard and wrote: "Oh don't….my 6-year-old just cried… Apparently, she is going to ring Ant and Dec every Saturday night as she will miss them….not sure how she is planning on doing that … "

She added: "There will be lots of tears next weekend."

While other viewers expressed their disbelief regarding the longevity of this year's series as many thought it was incredibly short compared to previous series.

Another viewer wrote: "Feels like it's only been on 2 weeks.”

A third viewer penned: "How is next week already the final show of the series?”

Viewers also had quite a lot to say about last week’s episode as many fans felt that certain parts of the show were boring.

One viewer took to Twitter and said: "This is the worst Saturday night takeaway ever… EVER”

Another complained: “Another said: "Such a waste of 15 minutes. We love Saturday Night Takeaway but that was awful.”

The popular game show which allows audience members to win prizes from adverts first aired in June 2002 and has been a popular hit amongst many Brits ever since.