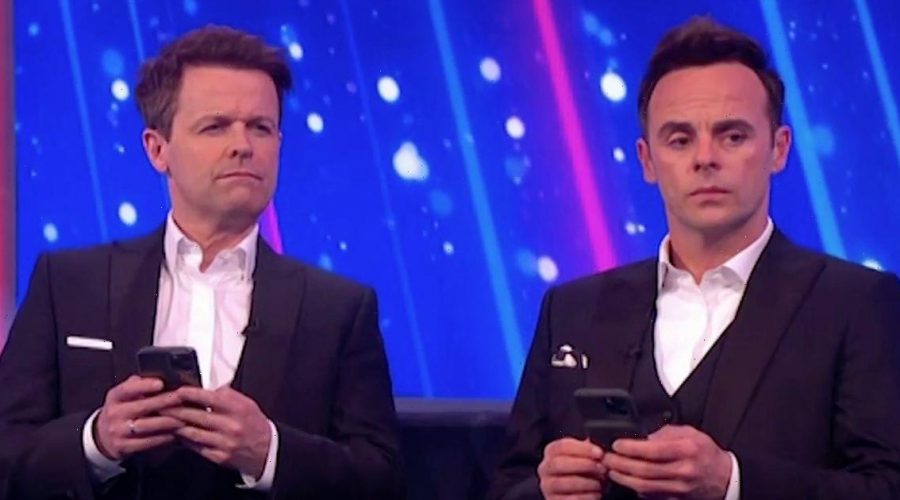 Ant and Dec have teased that the winners of their latest show could win “millions” as they launch quiz show with world’s first ever limitless jackpot.

The ground breaking gameshow, Ant & Dec’s Limitless Win, with an endless money ladder is set to air on ITV and ITV Hub next year.

It features the world’s first ever limitless jackpot and a money ladder that never… ever… ends.

Every question is an opportunity to climb the endless money ladder and reach the big money, but only a correct answer banks the cash.

Push their luck too far and they’ll crash out of the game and lose it all.

Packed with drama, jeopardy and real emotion, it’s quite literally the biggest prize ever conceived.

Teasing the new show, Declan Donnelly told the Daily Star: “Early next year on ITV we are hosting and have been developing for little while the first television show where there is no jackpot. The prize pot goes on and on and on as long as you stay in the game and if you keep going and keep being brave you could win millions.”

Ant McPartlin, said “We’re genuinely so excited to launch this new series. It’s something we’ve been developing with Hello Dolly and ITV for a while now and we can’t wait for you all to experience it. We hope you love it as much as we do.”

Dec added: “It’s been a number of years since we launched a brand new TV format, it’s not something we do very often!

“But we’ve hit on something that is groundbreaking and innovative, and that’s why we are so excited to host this series and bring it to the nation.”

Katie Rawcliffe, ITV Head of Entertainment Commissioning said “It’s hugely exciting to be working with the wonderful Ant and Dec on a new primetime entertainment format where contestants can win a limitless cash prize!

“Unpredictable, tense and guaranteed to have viewers on the edge of their seats, this is a quiz show unlike anything you'll have seen before.”

Victoria Ashbourne, CEO for Hello Dolly and Executive Producer of Limitless Win said “We’re delighted Ant & Dec love the format just as much as we do.

“It’s incredibly simple, has a limitless prize and with the nation’s favourite presenters at the helm, it promises to be funny, tense and take viewers on a rollercoaster of emotions.”

Get the latest updates on all the things Hollywood, TV and showbiz by signing up to the Daily Star showbiz newsletter.