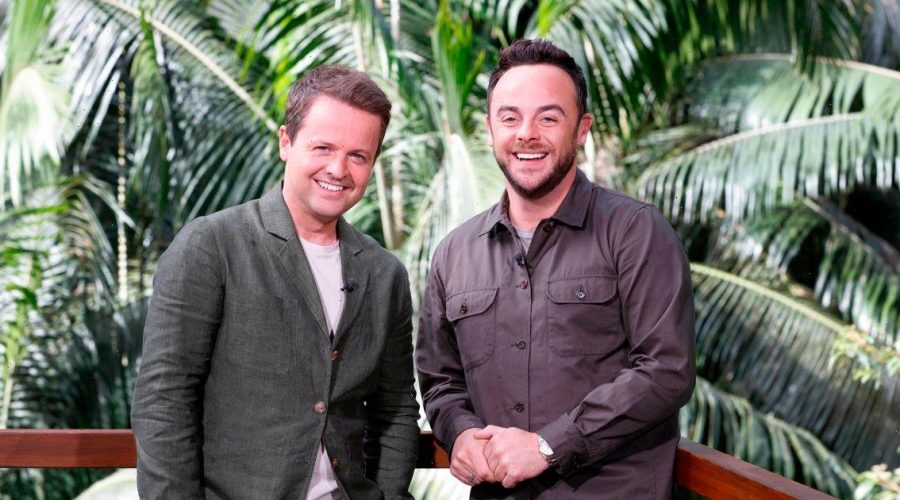 It's no secret that I'm A Celeb hosts Ant McPartlin and Declan Donnelly love to poke fun at one another, and their latest skit is certainly no different.

On Ant and Dec's TikTok, Ant filmed himself hosting True Facts about Dec in the 'Dec Files' as he added a mysterious soundtrack while he spoke.

Ant started with: "Declan says he's 5"6 but he's actually 3"5, the camera has to shoot from a low angle.

"There are actually two Declan's in this world, his twin brother and him. Dec gets so tired he has to have a little rest in a little bed after 12 hours.

"The other Declan takes over and does the next 12 hour shift."

Ant continued: "Dec never allows himself to be filmed from behind. When Dec is making TV television programmes on TV, he uses high tech digital equipment to make him look taller than his 3"5.

At this point however, Dec hopped in and said: "Oi! What's going on here? What's that stupid voice for and what are all these facts about?"

Ant immediately disappeared as Dec added: "Did he say I was 3"5? I'm not, that's a lie. Although I do love a bit of cheese."

No mention of your secret twin clone though, Dec?

It seems it's only Part 1, so we're just waiting for more 'truth' bombs to drop, though fans are determined it's Dec's turn to spill the beans on Ant next.

The video received upwards of 100,000 likes as viewers flooded the comments.

One user wrote: "Hahaha! This made me laugh so much."

While another added: "I'm waiting for Ant's turn…"

It seems the video did exactly what it intended – excited fans for the upcoming series of I'm A Celebrity… Get Me Out of Here! which will see Ant and Dec reappear on ITV for a stint in Gwrych Castle.

Although the series is usually hosted in Australia, due to Covid-19 restrictions it can't go ahead this year, but, just like last year, that wasn't going to hold ITV bosses back.

Instead a number of celebs will be heading to Wales to take part in more challenging tasks, but who will be crowned the winner of I'm A Celeb 2021?