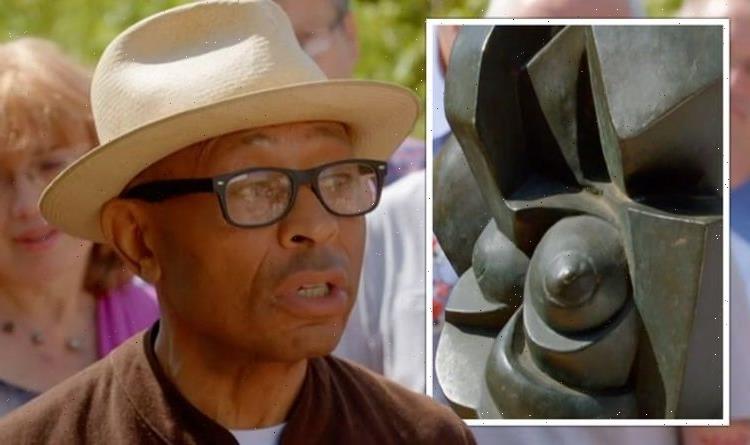 Antiques Roadshow viewers saw a mysterious sculpture assessed in one instalment of the popular BBC programme. Art expert Ronnie Archer-Morgan couldn’t hide his excitement when a guest brought the bronze sculpture onto the show. After studying the artwork, Ronnie revealed it could have an impressive value, but there was a twist. The antique expert confessed he couldn’t confirm who the sculptor behind the artwork was.

Chatting to the owner of the sculpture, Ronnie said: “When you brought this to me and I saw it emerging from the wrappings I couldn’t stop exclaiming, ‘Wow!’.”

“It’s just so beautiful,” the owner remarked, with Ronnie agreeing: “It is quite a thing isn’t it.”

The guest went on to recall how she came to own the mysterious bronze sculpture.

She told the expert she believed it originally belonged to an art student who had just left university back in the late 1960s.

The owner explained: “My parents rented a garage to her, to make a little bit of money.

“There were a couple of pieces that she left with us and I’d alway assumed it was hers.

“But in retrospect, the other pieces were different, quite different in style,” she added.

“Wow, it’s that old?” The owner exclaimed, clearly taken aback by the assessment.

Ronnie replied: “Yes, it is. I’ve looked around and I can’t see a signature, but its got all the influences of all the sculptors that I admire, people like Archipenko, Ossip Zadkine, the eastern europeans.”

However, he deduced that the sculpture was most like the work of Joseph Csáky and Otto Gutfreund.

Commenting on the style of the artists, Ronnie noted the bronze sculpture was like a “cross between those two”.

He continued: “It’s amazing. If I could attribute it – which I can’t – to any of these people, it’s an important piece.

“I mean Joseph Csáky was one of the most important sculptors of the 20th century and he was the time of Picasso,” Ronnie added.

Speaking further about Joseph Csáky’s sculpting style, he explained: “He took cubism and added naturalism to it, which this has.”

Ronnie made it clear he was a fan of the mystery sculpture, highlighting: “You’ve got some depth and age to it. It’s so difficult to do this and make it work. People think it’s easy.”

“It’s so balanced,” the owner remarked, agreeing with Ronnie’s comments.

After carefully considering the artwork, Ronnie moved onto the topic of valuation, saying: “Without attribution, this is a good value.

The owner was left stunned upon learning the potential value of the piece, exclaiming: “Wow, amazing!

“Well, it’s not going anywhere anyway,” she added, making it clear she’d be hanging onto the artwork.