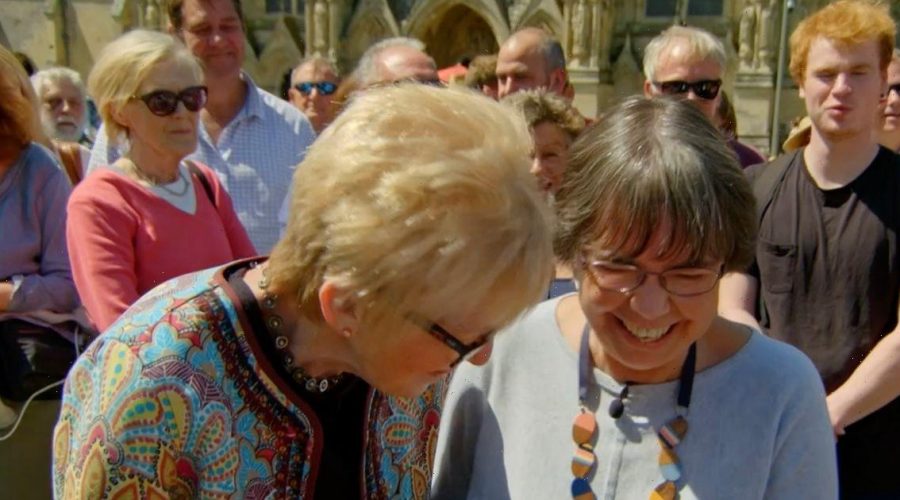 An Antiques Roadshow expert placed a huge value on a guests' pair of Victorian jewels thanks to their royal connection.

He admitted that they would have been just a tenth of the value had the guests not provided their historical background, which dated back more than 100 years.

The guests explained that they were passed down through their family from their great-great-aunt who worked for Queen Alexandra of Denmark in the 1800s.

Geoffrey said he could also tell the royal connection from the boxes, adding: "This one says Hancock’s and that one says Collingwood.

"Both of them have been suppliers to the British Royal Family for quite a long time."

He explained that the one item with a pearl-encrusted cross in the centre was a piece of memorial jewellery while the other, containing three coral stones in the middle of a gold casing, was made to "mark big occasions" in a courtier's life.

When he turned over the memorial brooch, he saw a picture of Queen Alexandra along with an inscription writing: "From Her Royal Highness, the Princess of Wales, July 7th, 1870."

The coral golden brooch was also marked with an inscription, which read: "From Her Royal Highness, the Princess of Wales, to S Perett, May 10, 1867."

Ange, one of the guests, explained that her great-great-aunt Sarah Perett worked at Badminton House as a seamstress and later became a maid for the then Princess Alexandra.

"This was an intensely personal gift," Geoffrey said when he heard about the history behind the brooches.

Get the latest updates on all the things TV and showbiz by signing up to the Daily Star showbiz newsletter.

The pair giggled and said: "That is amazing. Gosh!"

The stunned guests replied: "That is incredible, thank you! Really it's for the historical value."

The expert agreed and admitted that without the inscription and the story behind the pieces, it would be "a tenth of the the value" because they're "fairly conventional".