The sun has set on the twelfth season of FXX’s stalwart animated spy comedy, “Archer,” and while the series has already been renewed, Season 13 will get the gang back together save for one pivotal character: Malory Archer.

Voiced by Jessica Walter, whose March 24 death broke the internet’s collective heart, questions began swirling immediately, wondering how the series would handle the loss of the beloved performer. Would another actress step into the role? Would Malory meet an untimely end?

Those questions were finally answered this week with the release of the Season 12 finale, “Mission: Difficult.” In the episode itself, Malory is largely absent, as Sterling Archer battled his kidnappers with a little help from his colleagues. When Malory does appear, it’s (uncharacteristically) as a woman of few words — saving her son, before disappearing into the chaos. The Agency triumphs in the end, save for a last-minute reveal in which nemesis Fabian Kingsworth acquires the firm.

But where was Malory?

As the team moves out of its offices, a letter is found in Malory’s desk, addressed to Sterling. He narrates his mother’s note.

“My dearest Sterling, do you remember what I told you on your very first day of training? You probably don’t, but it was ‘Always know where the exits are.’ And with all the chaos and confusion of late, I thought it would be wise to make my own exit, in my own time, on my own terms, and in a way I can never be found by my enemies or all my lovesick paramours, who are literally countless.”

“And so I’ve decided that it’s time to pass the torch. Try not to burn yourselves with it. And I know my decision may seem abrupt, but we don’t always get to choose the perfect moment. Take care of yourselves, and especially you, my Sterling, because from wherever I am, I’ll be watching over you.”

It’s a heart-rending missive, made all the more emotional by what followed. As Sterling reads the letter, he walks to the window, where a hazy sun can be seen, the shot then transitions to the same sun, but different. Here, the star is beginning its slow descent into the sea and Malory is there to bask in it. When she’s not basking, of course, she’s berating a waiter, but that’s neither here nor there. 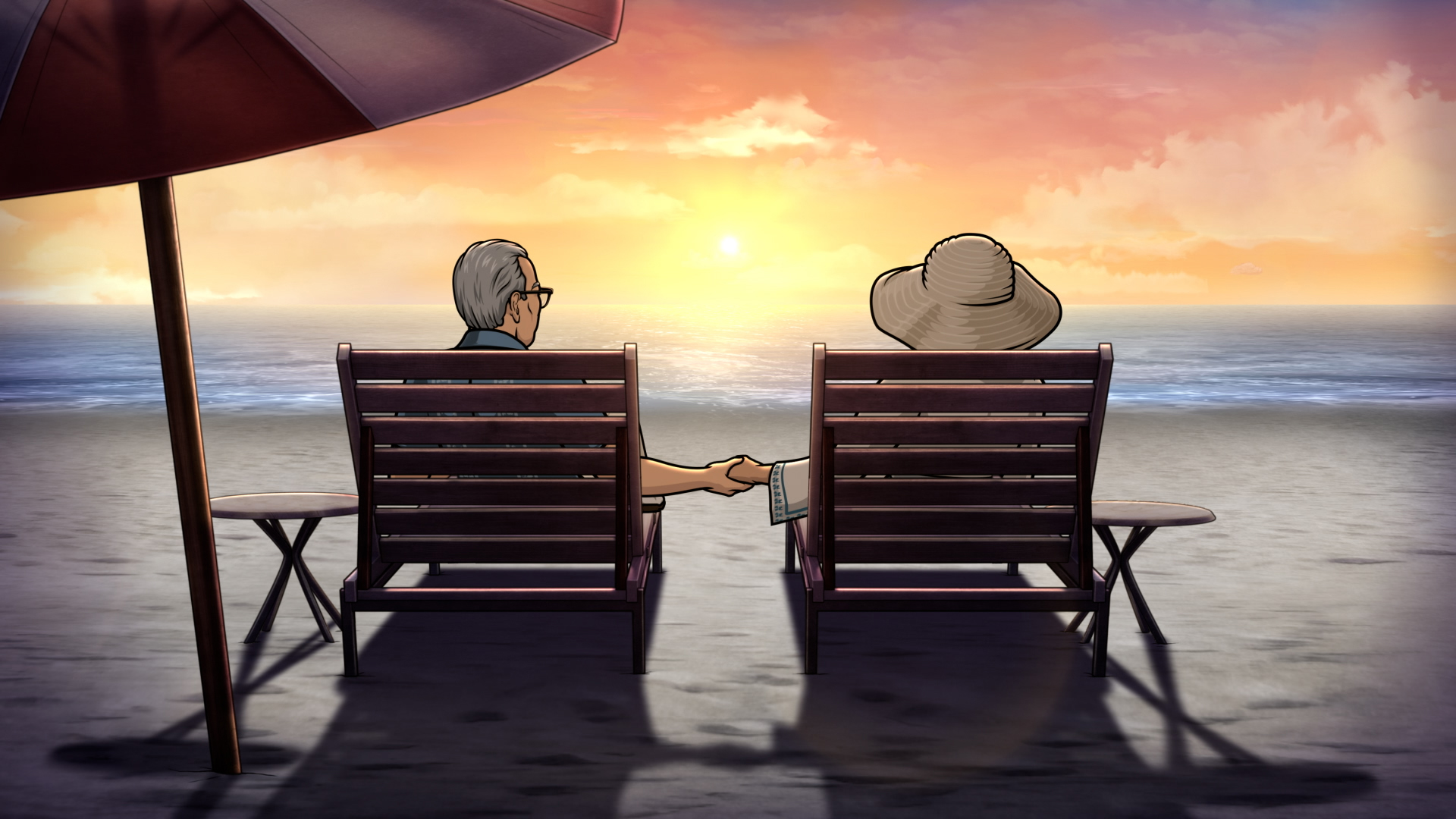 But Malory is not on that idyllic beach alone. It turns out one lovesick paramour joined her on her final adventure, none other than estranged husband Ron Cadillac. The significance of the reunion was likely not lost on most of the audience, who might recall that Ron — who appeared in Seasons 4, 5, and 6 of “Archer” — was voiced by Ron Leibman, Walter’s husband, who died in 2019. With the sun slipping toward the horizon, Ron and Malory sit hand-in-hand, content.

The moment is emotionally stunning, made possible by the tireless efforts of the show’s producers. Executive producer Casey Willis told TVLine, “We collected Jessica and Ron’s lines from every season of Archer and combed through them, selecting those we thought would foster the feeling we were trying to evoke. Alongside [series creator] Adam Reed, we worked to create a tribute to our beloved ‘Malory.’”

For all the concerns that the series might not be able to gracefully say goodbye to Malory and, of course, Walter, “Archer” exceeded all hopes and expectations, with a move that made sense within the narrative of the series, didn’t involve killing the character, and served as a beautiful memorial to the woman that was.