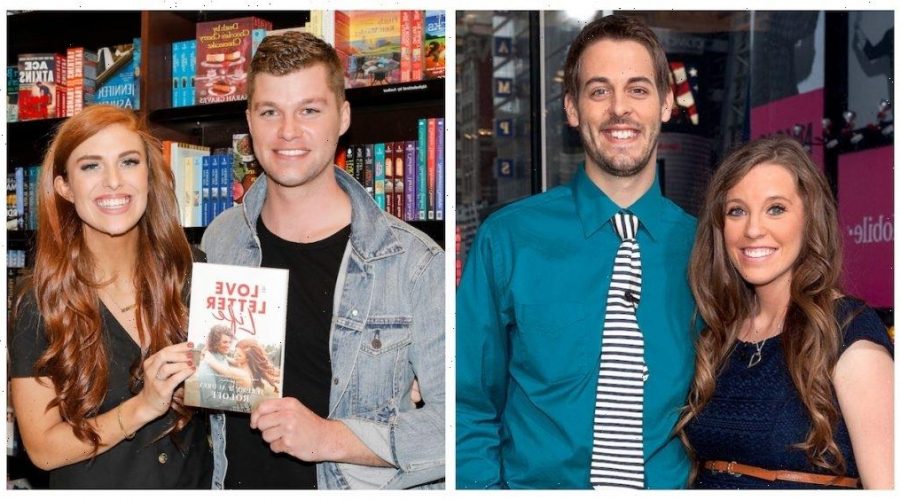 Worlds seemed to collide in August 2021 as reality stars from two different TLC shows got together for a weekend trip in Oregon. In this special “crossover event,” Jill and Derick Dillard spent their weekend getaway with Jeremy and Audrey Roloff. When a photo of the two couples was recently posted online, fans began to question when this friendship between TLC castaways had started. Read on to learn the whole scoop about whether Jill Duggar and Derick Dillard are friends with Jeremy and Audrey Roloff.

Both couples have broken away from reality star fame

Being the fourth child in the Duggar brood, Jill is of 19 Kids and Counting and Counting On fame. As the son of Matt and Amy Roloff, Jeremy gained fame from his many appearances on Little People, Big World. Along with growing up in the spotlight of TLC programming, Jill and Jeremy seem to have quite a bit in common. Some top commonalities include being fundamentalist Christians and deciding to step away from their family’s reality TV shows once they reached adulthood.

Both Little People, Big World, and 19 Kids and Counting premiered in the early 2000s. Jeremy Roloff and his twin brother, Zach, were just 15 years old when Little People, Big World began airing on TLC in 2006. When 19 Kids and Counting premiered in 2008, Jill Duggar was also just a teenager at 16 years old. After long stints with TLC, Jill left the network in 2017, and Jeremy followed suit in 2018.

At the time of their departures, both Jill and Jeremy were already married with children. Jill Duggar married Derick Dillard in 2014, with their wedding broadcasted for TLC viewers. Jeremy Roloff and his wife Audrey also had their wedding filmed for TLC when they tied the knot in 2015. However, after being married and welcoming their first children into the world, both Jill and Jeremy reportedly realized that filming for TLC was no longer the direction their young families wanted to go in.

In regard to leaving her family’s reality show, Jill told People, “We just wanted more control of our own lives. There was a certain job that we had been working towards, even before we were married, that was taken away from us.” Jeremy shared a similar sentiment when leaving his family’s reality show, discussing how he and Audrey were ready to “continue the work the Lord called them to do.” Based on their Instagram photos, it seems like all these shared similarities finally brought the Dillard and Roloff couples together.

Are Jill and Derick also friends with Zach and Tori Roloff?

While the Dillards’ recent picture with Jeremy and Audrey seemed to turn a few heads, this wasn’t the first time the Dillards have been spotted interacting with the Roloffs. Jill and Audrey have actually been corresponding through Instagram comments since 2019. For example, when Audrey Roloff posted about her fifth wedding anniversary to Jeremy, Jill commented on the post, “Congrats! Yes, definitely worth celebrating.” As it turns out, Jeremy and Audrey aren’t the only Roloffs that Jill and Derick have been interacting with either.

During their recent trip to Oregon, the Dillards also made it a point to get together with Jeremy’s twin brother Zach and his family. According to People, Zach and Tori Roloff and their two kids met up with Derick and Jill and their two kids for a fun family beach day. Jill also posted these photos to her own Instagram account.

With so much in common, it’s easy to see why the couples get along so well. However, only time will tell what will become of the budding friendships between the Dillard and Roloff families.

29/08/2021 TV & Movies Comments Off on Are Jill Duggar and Derick Dillard Friends With Jeremy and Audrey Roloff?
Lifestyle