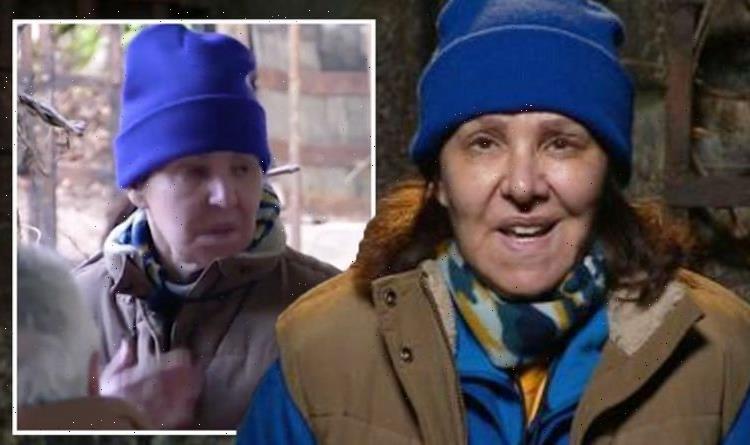 I'm A Celeb: Richard and Arlene get ready for challenge

Former Strictly judge Arlene Phillips has been struggling to adapt to life in The Clink following her entry to the I’m A Celebrity…Get Me Out Of Here! castle. After ending up on the losing side in the ITV show’s opening challenges, Arlene, Naughty Boy, Richard Madeley, David Ginola and Danny Miller have been sent to sleep in treacherous conditions away from Main Camp. And on Tuesday, she and music producer Naughty Boy both admitted their time on the programme felt like it was over.

Cracks in Arlene’s determination to stay in the show became evident moments into Tuesday’s episode.

Just minutes into the programme, the choreographer began to cry as she confided in Naughty Boy about her family at home.

“Our stomachs may be full, but the night was still sleep, wake, sleep, wake… and we’re still here.,” she said in the Telegraph.

As the cameras returned to The Clink, Arlene and Naughty began tidying the camp when the ex-BBC judge became emotional.

She said: “I was quite worried in the night [that] my daughter would see this and she’d worry and not know that I’m actually okay.”

Naughty Boy comforted Arlene but as the day went on, the I’m A Celeb star’s discomfort continued to grow.

The revelation came after Naughty Boy returned back to The Clink after failing to best Snoochie Shy during the day’s trial – Treacherous Traps.

Naughty Boy was clearly irked Main Camp picked him to go up against Snoochie, convinced he felt they thought he was the weakest campmate.

After returning from the trial empty-handed, Naughty Boy told his campmates: “I do think my time here is done.

“I had a feeling earlier and I was thinking about mum and obviously I love you guys – I don’t think after knowing what the Main Camp probably knew what they were putting me through knowing I did the challenge earlier – I don’t know if I could ever join that camp.”

As the likes of Richard and Danny tried to reassure him, Naughty Boy stood firm: “This isn’t a random big decision. I’ve tried my best both times today.

“I just can’t go from here into that Main Camp. I can’t fake that. I’m sorry.”

Naughty Boy wasn’t done there as his sour feelings towards Main Camp continued to come to the forefront: “One thing I’ll tell you before you guys go into the Main Camp,

“As much as they say they love us, they love you…there is no love. When you guys go to the Main Camp, they’re the reason why I left.”

But while Danny, David and Richard tried to convince him to stay, Arlene admitted: “I feel exactly the same.”

Naughty Boy later revealed he hadn’t changed his mind – and neither, it seemed, had Arlene.

“I don’t think I will be going to Main Camp, I can’t continue that my heart’s not in anymore, I’m led by my heart,” Naughty Boy said.

Speaking to the rest of the group, Arlene concurred with Naughty Boy, leaving both of their futures on the show in doubt.

GMB’s Richard did his best to try and convince Naughty Boy and Arlene to stay, insisting they slept on it before making a decision.

I’m A Celebrity…Get Me Out Of Here! continues daily at 9pm on ITV.