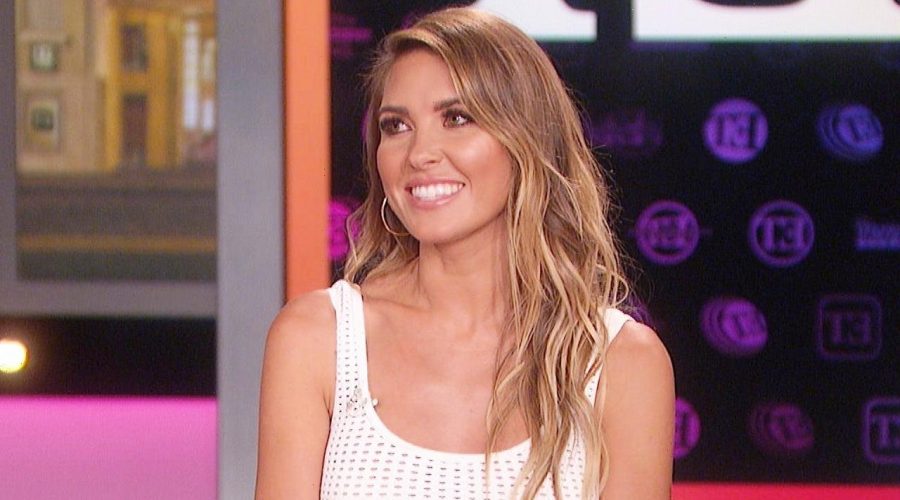 Audrina Patridge is spilling the tea on dating Chris Pine.

The Hills: New Beginnings star guest co-hosted Wednesday’s Entertainment Tonight, where she shared more insight about her fling with the Wonder Woman star.

“It wasn’t really a secret,” she told ET’s Lauren Zima. “They said ‘A Partridge in a Pine Tree’ was the headline and this was way back…Right when I did Sorority Row, that movie with Rumer [Willis] and Briana [Evigan]. And Chris, his movie just came out, Star Trek, and we were both in Vegas and we met there. He came up to me and we went on this date back in L.A. and went on a few dates and he was a gentleman.”

“He was so nice and we had a great time,” she added. News of her and Pine dating was first revealed during an episode of Hollywood Raw podcast with Dax Holt and Adam Glyn earlier this month.

Audrina shared that she hasn’t reconnected with the actor. “It’s been so long.” “I was doing a podcast and they asked me about dates and a celebrity I went on a date with that everyone knows,” she recalled. “And I was like, ‘Well, Chris,’ and they’re like, ‘Chris? Chris Pine?’ It just came out.”

Meanwhile in season 2 of The Hills, viewers will see her connecting with her co-star Brody Jenner. In the trailer, she revealed that she kissed Jenner.

“Brody and I have known each other for a very long time,” she shared. “I can’t give up too much of what happened. There was a kiss, and we will talk about our friendship and where it led and what we decided on. But that is all on the show.”

“He was a good kisser,” she added, when asked about how the smooch was. “I feel like we have always had a flirty relationship or friendship, whatever it was. And I think at this point, we were both single and we grew up a lot. We were in different places and it comes down to timing.”

As for a future together, she couldn’t help but laugh and say, “Maybe…We talk about all of this on the show. So yeah, you never know.”

When asked who was a better kisser, Jenner or Pine, Audrina cracked, “Oh my gosh, I’m just gonna be the one that kiss and tells… Don’t do this to me! That’s a tough one.”

Season 2 of the hit MTV reality show is already filled with drama, but she says they’re just giving people what they want.

“We know that that’s what people want so we have no problem with just being opinionated and bringing it,” she noted. “Things get very dramatic. I feel like this season everybody’s guard is down, everybody is more comfortable with each other. We’re also coming out of COVID, so we’re just so happy to be around each other. But we’re also just in our group, there’s no outsiders so the drama starts rolling.”

Spencer Pratt recently told ET that so much happened he wasn’t sure if there could be a season 3 with the same cast. Audrina shared that “everyone’s going to have to watch and see.”

“But for me, I feel like it’s a TV show, it’s bound to happen,” the mother-of-two expressed. “Like you just roll with the punches and be your true self. And I don’t know, I think there could be a third season but we’ll see.”