The MCU introduced six Infinity Stones, with the Power gem first turning up in Guardians of the Galaxy. Star-Lord came across the stone in the form of The Orb, before The Collector on Knowhere revealed its origin. Now a stunning new fan theory argues that the Power Stone gave Vibranium its abilities as the strongest metal on earth.

Reddit user Maester_Chief_ argues: “In Guardians of the Galaxy, we see the Collector detailing the origin of the Infinity Stones to the Guardians.

“We see the Power Stone placed in the staff of the Celestial, Eson the Searcher who then absolutely obliterates an entire planet with it.

“The telltale purple energy erupts from his staff and creates massive cracks in the ground, disintegrates the people running away, and is then shown to encapsulate the entire surface of the planet, destroying it.”

The theorist argues that the meteor filled with vibranium that landed in Black Panther’s Wakanda was a shard or remnant from this planet. 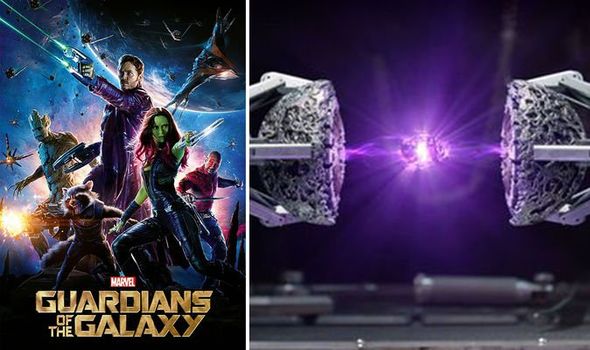 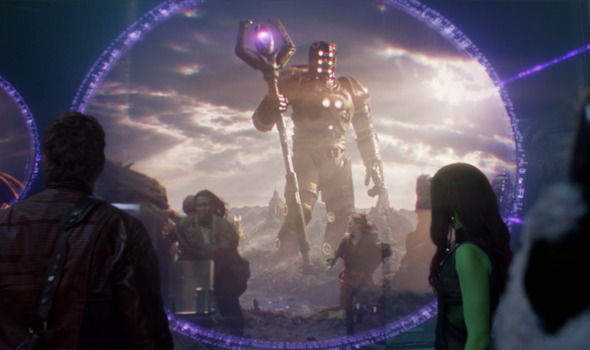 The theorist writes: “It is obvious that Infinity Stones give off energy that matches their monochromatic theme.

“The yellow Mind Stone that Vision possesses shoots yellow energy beams. The green Time Stone manifests as a green circular rune around D. Strange’s hands when messing with time travel. The Tessaract is blue, as is the beam that transported Red Skull away at the end of Captain America The First Avenger. I could go on.

“We also know that the Infinity Stones can impart lasting powers, even when it is long gone in distance. Captain Marvel got her powers from the Space Stone/Light Speed Engine explosion. (Her photon beams are also blue-yellow to go with the above paragraph). Wanda and Pietro Maximoff got their powers from the Mind Stone manipulation in Sokovia.”

As for how this all ties in with Vibranium, the fan argued that we see time and again that the Power Stone emits purple energy, just like Black Panther’s new Vibranium suit which absorbs and re-emits energy.” 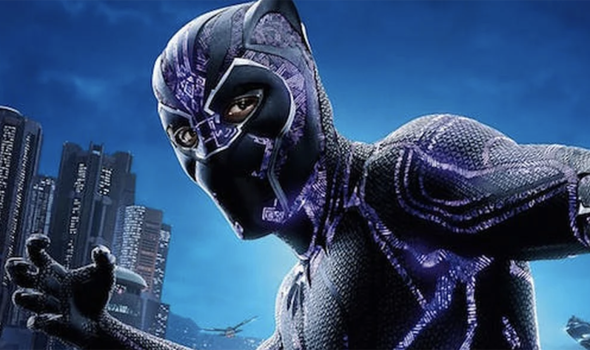 They continued: “When we see the actual Vibranium meteor itself in the Black Panther opening, it is filled with a purplish-blue hue. When it strikes Wakanda, this meteor creates giant cracks in the ground that the purple-blue energy follows, just as with Eson the Searcher.

“Even the heart-shaped herb, the plant that is imbued with the Vibranium’s powers is purple.

“If that’s not enough purple colour for ya, the ancestral plane is heavily soaked in a purple theme with purple cosmic lights in the background.”

The theorist added: “Perhaps this energy interacted with particular metals in this planet’s crust/core, or perhaps its journey through space also had it interact with certain heat/pressure/cosmic power to create Vibranium.

“But as the planet fell apart, pieces of its crust/core were jettisoned into space, with one piece hurtling towards planet Earth, set to change the course of the MCU forever.”

It’s certainly a feasible theory, and one that could be confirmed in a future MCU movie like Black Panther 2 or Guardians of the Galaxy Vol 3.

Fans will remember that apart from Black Panther’s armour, Captain America’s shield is made of Vibranium.

However, Cap’s shield doesn’t emit purple energy, which could be a hole in this theory.

Meanwhile, after a year without any new MCU movies, 2021 is very busy with four films for the first time.

While we’re also getting some TV series including The Falcon and The Winter Solider.

Marvel Phase 4 kicks off on January 15, 2021 with the WandaVision miniseries on Disney+.

20/11/2020 TV & Movies Comments Off on Avengers theory: Guardians of the Galaxy proves Vibranium abilities are from Power Stone
Lifestyle