Bachelor In Paradise duked it out with America’s Got Talent on Tuesday night as both of the two-hour episodes tied to top primetime ratings. Bachelor and AGT had strong showings last evening, both scoring a 0.9 rating in the 18-49 demo, per fast affiliates. Between the two, the third-to-last episode of this AGT season won viewers, earning 7.16 million viewers, over Bachelor’s 3.04 million.

Also at 8 p.m. was the Season 2 ender (0.4, 1.39M) of LEGO Masters. The Will Arnett-hosted competition series saw two pairs of brothers build their way to the championship. Mark and Steven Erickson were the season’s definitive LEGO Masters, and brothers Zack and Wayne Macasaet were runners-up. The Season 2 finale was steady from its premiere earlier in June (0.4, 1.53M).

The penultimate episode of Fox’s Fantasy Island drew in a 0.3 demo rating and 1.22 million viewers, falling behind a FBI rerun (0.3, 3.29M) on CBS in viewership. 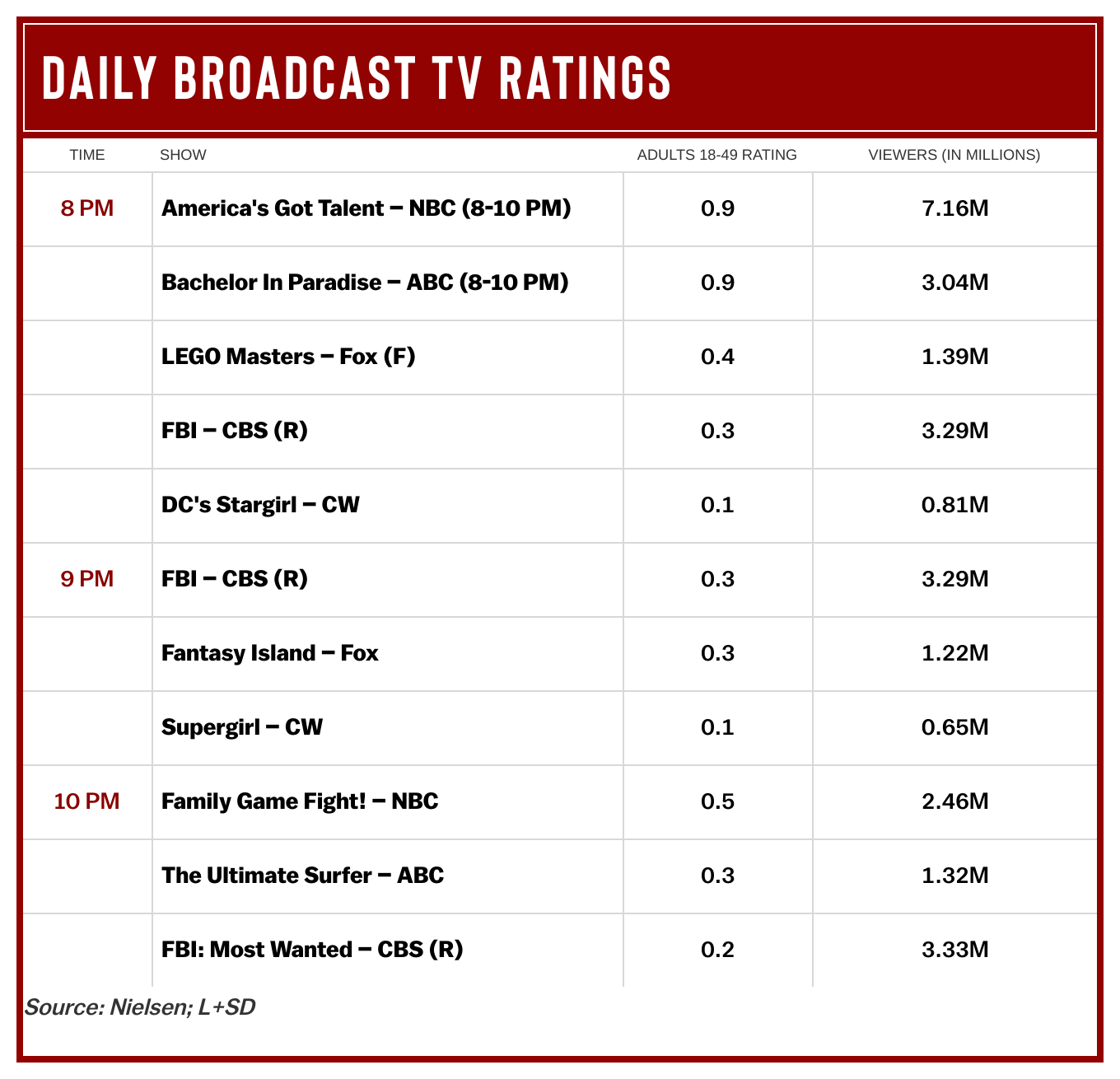