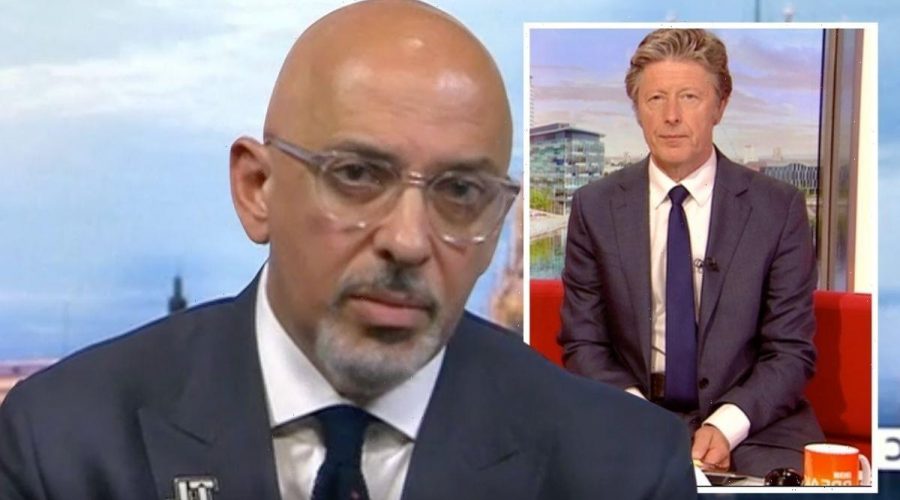 BBC Breakfast hosts Charlie Stayt and Naga Munchetty were joined virtually by the MP and Secretary of State for Education, Nadhim Zahawi, on Saturday morning. When the MP was asked about his views on the recent losses in local seats for the Conservative Party, fans of the morning show were quick to point out that he did everything he could to avoid answering questions and kept repeating himself, with many viewers claiming that he “danced around” questions which made for an “hilarious” interview.

Stayt asked the MP for his thoughts on the local election and said: “First of all, we have looked at the statistics, and we have seen some of the patterns there. What lessons has the Conservative party learnt after losing more than 500 seats?”

He then managed to loop around several times as he answered the broadcaster with a long winded reply.

His vague and laboured answers came across as a red flag to many onlookers who believed the interview was doomed from the start.

Read More: ‘I should have complained’ Lorraine Kelly hits out at ‘really distasteful’ imitation

@LynnOtago tweeted: @nadhimzahawi Having a mare on #BBCBreakfast … what a f***ing car crash!! #ToryLies #ToryShambles.” (sic)

Alun Thomas felt the same and added: “What a car crash of an interview on #BBCbreakfast with #NadhimZahawi failing to admit #Tory failures and obviously is an expert in avoiding answering the question. #lies #poverty #energybills.” (sic)

@HimInTheNorth said: “Zahawi trying to dance around the fact Bozo has had a mare and the voting shows it is hilarious. #bbcbreakfast.” (sic)

Becky Francis praised host Charlie for his interview style and said: “Obviously avoid listening to the question therefore avoiding an answer is so easy, churn out irrelevant figures @nadhimzahawi

@CyclingLain chimed in: “#BBCBreakfast @nadhimzahawi twisting himself inside out to avoid stating that #JohnsonTheLiar is a liability and has destroyed his party…all for his own ego.

“Same tired old line over and over again……. #LiarNotALeader.” (sic)

As the interview went on, Zahawi stated that Johnson was “unique” and the right person to be in power.

He applauded the Prime Minister’s “communication skills” and ability to “make decisions.”

Having worked alongside the PM for many years, Zahawi said: “I can tell you, Boris Johnson, on the big decisions, he gets them right!”

Not accepting Stayt’s probes about the Conservative’s “loss” the guest just kept batting back that it was “tough” and it is “mid-term.”

“Coming out of a global pandemic and global inflation,” he believes that “Boris was the best PM to deliver” all that they have promised.

At the time of his appearance on Saturday morning, the Conservatives had suffered a massive loss of almost 500 seats, with a few councils still to finalise their results.

Appearing earlier on the show, Lib Dem Deputy Party Leader Daisy Cooper had called for the PM to step down due to his ongoing investigations into breaking lockdown rules.

She said: “In the current case where Boris Johnson wrote the rules and broke the rules and misled Parliament and is now under investigation by three different investigations, I think he, in particular, is unfit for office, and I do think that he should resign.”

BBC Breakfast airs daily on BBC One at 6am.