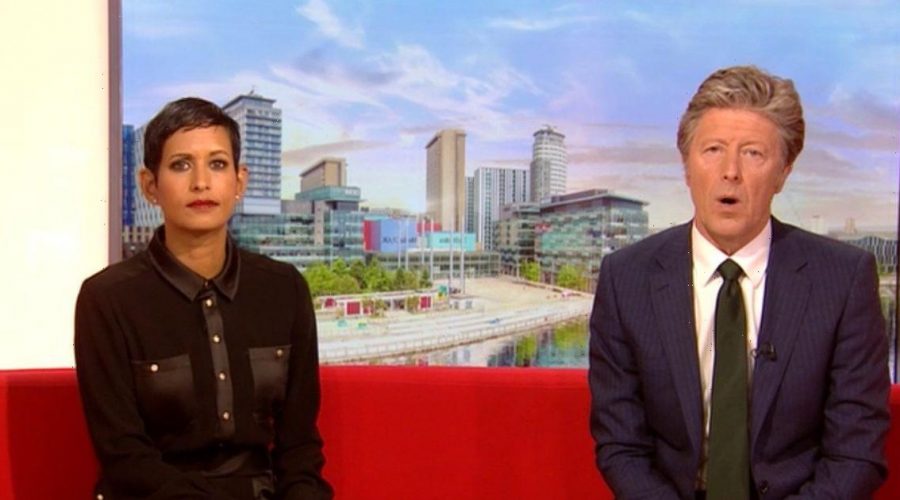 The discussion of misogyny in Parliament led to a blazing row between the pair, as Naga fumed there are "no excuses" for the behaviour – with fans rushing to support her online.

Naga began by saying: "I want to talk to you about an issue you'll be well aware is being discussed, that the Conservative party chief whip is looking into allegations that a Conservative MP watched pornography whilst in the Commons.

"Do you know if this is true and do you know who that was?"

Wallace responded: "I don't know – the answer is no to both questions. I don't know if it's true, which is why the chief whip is having an investigation, and I don't know who the person in question is."

He went on to slam pornography in the workplace as "unacceptable, whether that's in the Commons, the BBC or what" – but Naga wasn't letting him off that easily.

"Does it shock you that this has happened?" she asked, as Wallace responded: "I'm afraid I've done 17 years in the House of Commons, and we've seen everything over the years…

"I've seen things over decades that I'm afraid it no longer shocks me, but I think it shows the problem in the House of Commons is the overall culture of long hours, bars and people sometimes under pressure.

"That can create a toxic mix that leads to all sorts of things."

Naga added: "Is Parliament a misogynistic and sexist workplace?" – to which Wallace admitted that though sexism does exist in the environment, there are positives too.

She then snapped: "It is happening too much, and you said you've witnessed this over 17 years. Why no change?"

Wallace said: "It is a very large organisation," which served to rile the host even more.

He asked her: "Can you tell me in the BBC with thousands of employees this kind of thing doesn't happen?" to which Naga candidly responded: "No I can't tell you that, I'm talking about those who are elected by us to represent this country, and we're talking about Westminster as a workplace because there is an MP who is alleged to have watched pornography in the Commons."

Fans rushed to support Naga on social media, with one tweeting: "Good direct line of questioning!"

Another praised: "Well done @TVNaga01 such a fine example of trying to hold the government to account! He wasn’t happy about it!"

"Ben Wallace being demolished by @TVNaga01 on BBC breakfast. Such a good way of interviewing MPs about subjects of public importance," a third fan gushed.