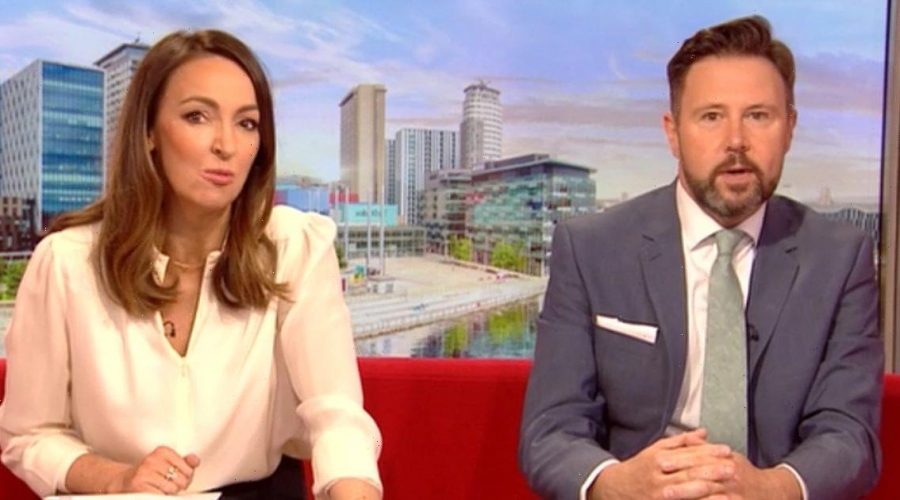 Sally Nugent and Jon Kay left the studio to host a special edition of BBC Breakfast this week following the Queen's death.

The presenters normally host the BBC One morning show from the famous red sofa at the BBC's MediaCity studio in Salford.

However, the pair were forced to ditch the comfort of the studio on Monday morning (September 12) as they were tasked with a special programme that paid tribute to the Queen.

It comes after Queen Elizabeth II passed away "peacefully" aged 96 at her Balmoral estate in Scotland on Thursday (September 8).

Instead, Jon appeared live from Edinburgh to kick off the show at 6am as the city became the first place that members of the public could view the Queen's coffin.

He was a fair way from co-host Sally who fronted the show from outside Buckingham Palace, but both wore black outfits out of respect for the monarch.

The Queen's coffin left Balmoral Castle in Aberdeenshire on Sunday and completed a six-hour journey to the city, a whopping 175-mile trip.

Monday saw the procession move from the Palace of Holyroodhouse to St Giles Cathedral in Edinburgh where the coffin will rest for 24 hours, so people could pay their respects.

The next day, the Queen's coffin will make the journey to Edinburgh Airport before being flown to RAF Northolt and Buckingham Palace.

Mourners can then attend the Queen's lying-in-state, which will occur at the Palace of Westminster from 5pm on Wednesday until Monday (September 19), the day of the Queen's funeral.

The last royal to lie in state was the Queen Mother in 2002, who attracted more than 200,000 people to view the coffin.