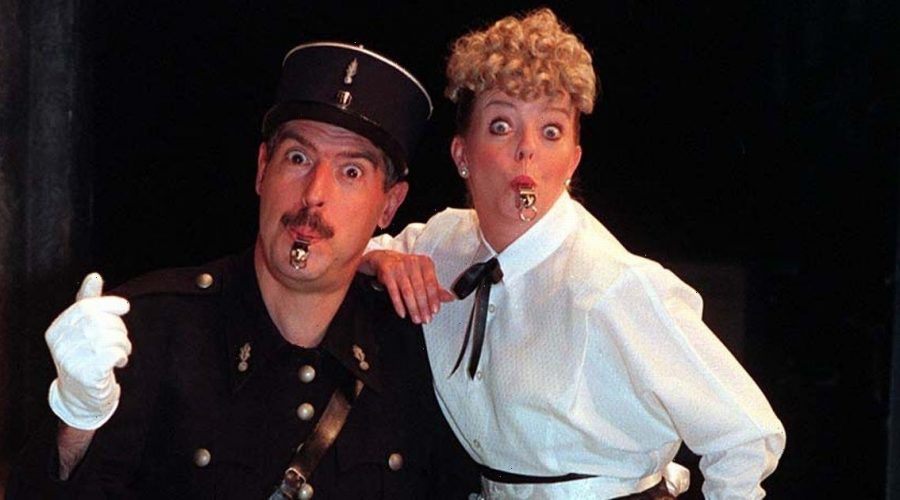 The classic BBC series was set in a French café and featured gags about their culture, alongside plenty of dodgy accents.

Channels around the world aired the show during its 10-year run from 1982, but bosses could not convince French broadcasters to show it.

Sue, who played sex bomb Mimi Labonq, told the Daily Star Sunday: “The show sold to about 95 countries worldwide, but it didn’t happen in France. It didn’t catch on there.

“Maybe it was a little close to home regarding the war for them. They still have monuments which they put flowers on in the villages.

“I have only met a couple of French people who have seen the show. I just don’t think that it worked out there.”

Sue, 64, started playing Mimi in 1987 and it made her a household name with millions of comedy fans.

But she is still able to be anonymous in France.

She said: “I’ve been recognised all over the world, but never in France!”

’Allo ’Allo! also included plenty of jokes about Germans as the show was set in World War Two.

But they were a lot more welcoming and watched the show in their droves.

Sue said: “Nobody ever thought it would sell to Germany. But I remember the creator David Croft coming in one day and saying, ‘OK guys… game, set and match. The Germans have bought it!’ It was extraordinary.”

And she will be speaking about her experience in a stage show called Best of British TV Comedy, which will tour the UK from May 15.

Earlier this week, it emerged that a TV special is being made for Channel 5 which will chart the success of the 80s sitcom.

And in a big treat for fans, it will feature interviews with a string of cast members.

Sue explained: "I've been asked to be involved. It's going to be a documentary about the show.

"It's incredible that there is still so much interest in it after all these years."

'Allo 'Allo! – set in a café in France during World War Two – ran for nine series before ending in 1992, but it still has a big following to this day.

She added: "I should think half the country has the boxset, and if they haven't got anything to watch they can just watch an episode and laugh.

"When I watch a repeat on TV I realise I forget how funny and clever it was."

For more of the latest showbiz news from Daily Star, make sure you sign up for one of our newsletters here.

30/04/2022 TV & Movies Comments Off on BBCs Allo Allo! failed to take off in France as it was too close to home
Lifestyle