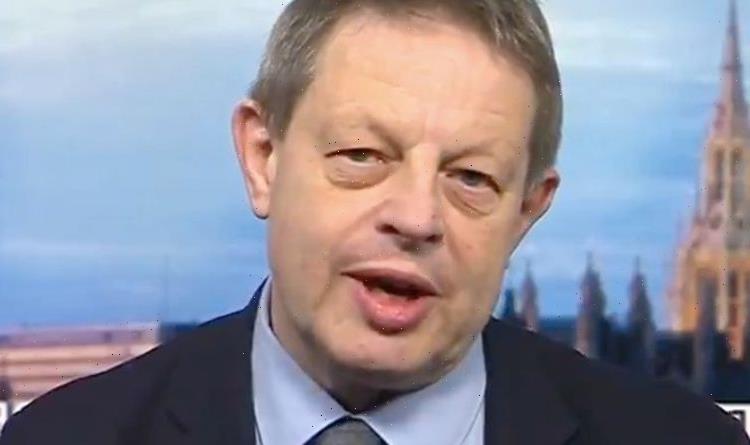 BBC reporter Iain Watson has warned that there is going to be a “bigger reliance” on European Union labour than Number 10 would have originally anticipated as he broke down on new measures to ease supply chain problems. The Government announced 5,000 temporary visas for lorry drivers will be made available amid concerns about deliveries of food and fuel.

Speaking on BBC Breakfast, Iain Watson said: “When it comes to relaxing the rules on the EU to lorry drivers, then as I say the consultation will last until next week, and it’s already been opposed by some people very very loudly.

“The Road Haulage Association effectively says ‘look, this will allow bigger EU companies to undercut our workers when it comes to deliveries’.

“Not just in the run-up to Christmas, but for a six-month period after that potentially.

“So they’re very, very concerned about it.”

He continued: “Will it work? Well, that will depend on whether EU drivers will take advantage of this.

“If you relax that, that gives them a bigger incentive to come here because there are more options for making money.

“And if that’s the case then actually, therefore remote deliveries and that will ease the supply chain problems ahead of Christmas.”

He went on: “But what I think it also shows is that a little only last week Boris Johnson at the conference was talking about US companies using immigration because of a failure to invest in their own workforce

“It’s gonna take time before we get to high skill, high wage economy in this country.

“And in the short term, there’s perhaps going to be a bigger reliance on foreign labour than the Government would originally have anticipated.

The Government is introducing temporary visas for 5,000 fuel tanker and food lorry drivers to work in the UK in the run-up to Christmas.

The move came amid growing concerns about deliveries of food and fuel in the run-up to Christmas.

The Government has resisted those calls until now, with Transport Secretary Grant Shapps previously saying: “We do have to stand on our own two feet as the United Kingdom”.

A Road Haulage Association (RHA) survey estimates there is now a shortage of more than 100,000 qualified drivers in the UK.

The shortage of HGV drivers is believed to be the result of a combination of Covid, Brexit, as well as the high rate of retirement within the sector.