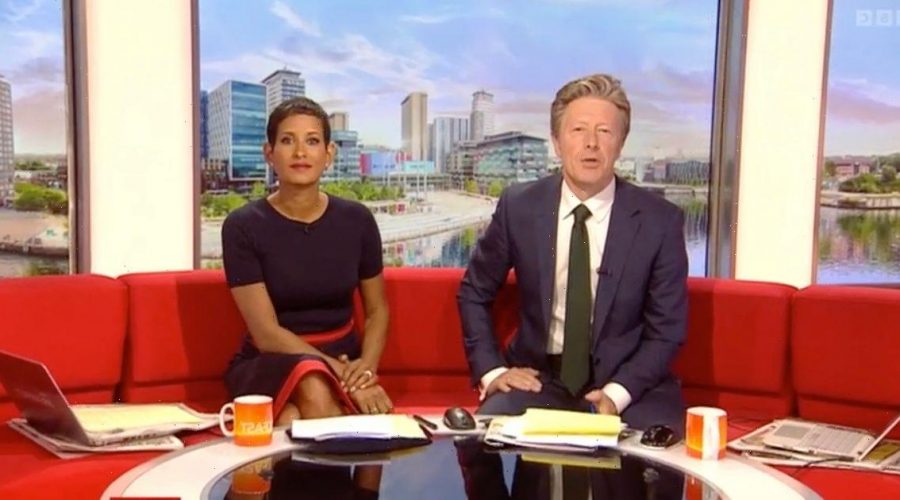 Naga Munchetty made a fiery comeback to BBC Breakfast after clashing with a guest during Wednesday's instalment of the show.

The presenter, 47, returned to hosting duties alongside regular co-host Charlie Stayt, 60, following a one week absence from the red sofa.

The duo welcomed the Secretary of State for Health and Social Care, Thérèse Coffey onto the breakfast show who discussed her plans for improving patients' access to the NHS and social care in England.

When asked why practises aren't meeting expectations, Thérèse responded: "Well we know there are more clinicians working the NHS than ever before. But I'm also conscious," as Naga interjected: "There are 132,000 vacancies though aren't there?"

Thérèse hit back: "I was about to say I'm also conscious there are many vacancies."

The interview headed into an even more hostile state towards the end, as the 50-year-old informed Naga: "There are other Media outlets wanting to talk to me this morning."

After the interview ended, viewers took to social media to praise Naga on how she handled it, with many crediting the newsreader for "exposing" the Conservative party member.

One user fumed: "Therese Coffey saying she has to go and speak to other media outlets to get out of being rinsed by Naga Munchetty. The reality is she's got to spout her bullshit everywhere else because she's been exposed.

Another added: "Therese Coffey is getting annoyed 'Naga there are other Media outlets wanting to talk to me this morning.' Think it’s fair to say Naga wiped the floor with her. #BBC Breakfast."

"Good of Thérèse Coffey to go on #BBCBreakfast and show us she hasn’t got a clue what she’s talking about. Naga Munchetty did a great job exposing the nonsense she was saying," penned a third.

BBC Breakfast fans were left confused over Naga's absence over the past week, but she shared an update with her fans on Twitter, explaining she had been covering the Queen's funeral for BBC Radio.