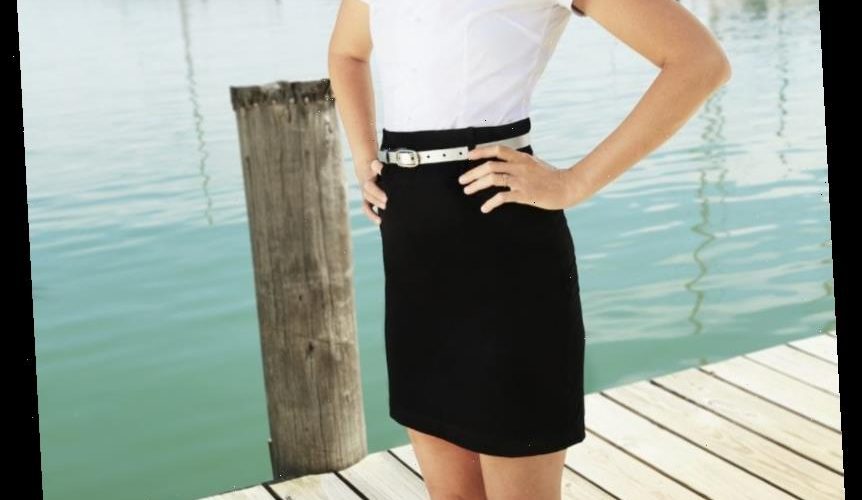 Isabelle “Izzy” Wouters from Below Deck dished about “who would she rather” on the boat and it ultimately came down to two crew members.

Wouters, who recently shared she is a lesbian, dished about which women she’d be into from season 8. “My kind of like type of men per se is like still kind of like that tomboyish, like kind of like relaxed, casual,” she said on the Behind the Velvet Rope with David Yontef podcast.

“And all of them a lot quite made up actually, no Francesca, no,” she said. “I mean, either Rachel [Hargrove] or Elizabeth [Frankini]. I feel like both of them could be really fun in bed. Cause they’re both like quiet, like quirky personalities. So basically based on going off, who I think would be better in bed and like the most fun to be around probably one of those two.”

Izzy Wouters was crushing on Elizabeth Frankini this season

Wouters loved the notion of being fed some of chef Rachel Hargrove’s amazing food. “Rachel would be great,” Wouters said. “Cause she would cook for you all the time. And I think she’d be like down on the freaky, but then Liz is like quite a a calming person and I’m quite highly strung. So that could work out as well. So yeah. I’m one of those too.”

She was also pretty clear that she had a bit of a crush on Frankini when she was on the show. A fan suggested she was jealous when Frankini hooked up with James Hough, who is now Wouters’ cabin mate. “You realise I’m gay right? And preferred girls when I was working on the boat,” Wouters replied to the comment.

“Can confirm, was crushing a bit on Liz during the season,” Wouters tweeted earlier in the season. A fan then joked about how Wouters stealing Frankini from Hough was the plot twist. “hahaha, no, not enough of a crush for that,” she replied.

She’s been getting hundreds of messages after coming out

“But now I’ve got like all these people, I’ve got like a mix of like thirsty lesbians or people being like, thank you so much for like being like lesbian representation in the media because there’s not a lot of it or someone saying like, you know, my daughter just came out last week,” she added. “Like thank you for doing this and things like that. So yeah. That’s been hundreds of inbox messages and it’s had me a bit stressed. Cause I’m like, you know, I want to respond to every single one, but I’m like, it’s just so many.”

“Literally it is a full-time job,” she said. “It’s insane. I spent hours yesterday just like going through everything and like trying to respond and, or at least like give it a like or something like that, but yeah. Yeah. It takes forever.”

12/01/2021 TV & Movies Comments Off on 'Below Deck': Izzy Wouters Says Chef Rachel or Elizabeth Frankini 'Could Be Really Fun in Bed'
Lifestyle