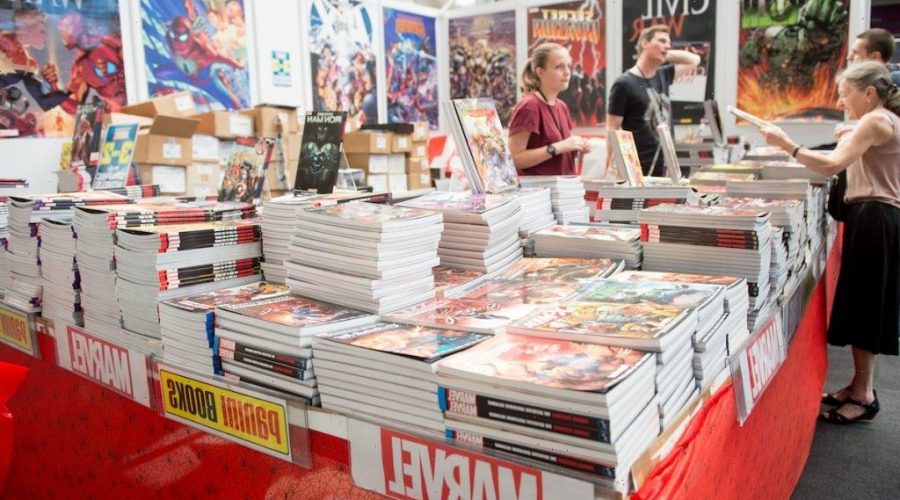 Last week’s episode of What If…? sparked renewed interest among fans in Marvel Zombies. And now it looks like there might be the possibility of a live-action Zombies project of some sort in the works. While there has been no announcement from Marvel Studios, writer Mark Millar hinted at it in his latest newsletter, as Comicbook reports.

Millar, who is well known for penning Marvel’s Civil War, wrote the following:

“They [Millar’s zombie-centric Fantastic Four comics]  also spawned zombie cover months, toys and statues, endless Marvel Zombie cosplayers and now not only this What If episode, but also (if my sources are correct) a little live-action Marvel Zombies further down the line, but you never heard that from me.”

If the project does come to fruition and we get a series of some sort (which seems more likely than a movie), what are a few of the best storylines from the comics that it could draw from?

It’s a fun read, and it eventually leads to Magneto battling the Zombie Fantastic Four.

As Marvel explains, this prequel is important to the Zombie canon because it gives us the history of how this reality collapsed. The 2007 series by Robert Kirkman (of The Walking Dead fame) and Sean Phillps shows us how this version of human society succumbs to the zombie virus.

Some shady shenanigans happen with Magneto off-panel. He makes a deal with an unknown entity, and the result is that the zombie virus is brought to Earth. However, Magneto gets more than he bargains for when the virus turns out to be more potent than he had expected.

Magneto ends up fighting alongside Nick Fury, the X-Men, and what’s left of Earth’s heroes to try to salvage the remains of their society.

Marvel Zombies shows us what happens after Dead Days. In this 2005 story by Kirkman and Arthur Suydam, we see Magneto’s luck finally running out as he becomes a zombie, himself. However, some of his followers save a small group of survivors and join together with T’Challa and Wakanda.

Meanwhile, our other zombified heroes are up against a new threat, namely, Galactus. Usually, he’s the “Devourer of Worlds.” But in this series, it’s the other way around. The zombies consume Galactus, which gives them his cosmic abilities and a way to leave Earth and spread their virus to and/or consume other worlds.

So now we’ve got cosmic-powered zombies roaming around. What happens next? Well, in 2005’s Black Panther #27-30, T’Challa and Storm face off against the so-called “Zombie Galacti.”

This series by Reginald Hudlin and Francis Portela takes place shortly after Civil War. The standard universe versions of Storm and T’Challa are members of a new Fantastic Four, along with the Human Torch and The Thing. They inadvertently cross over to the Zombie universe, where they encounter the “Zombie Galacti.”

After some pretty intense drama, they manage to get the team back home safely. But of course, that’s not the only time the Zombie universe creates trouble for the standard 616 universe.