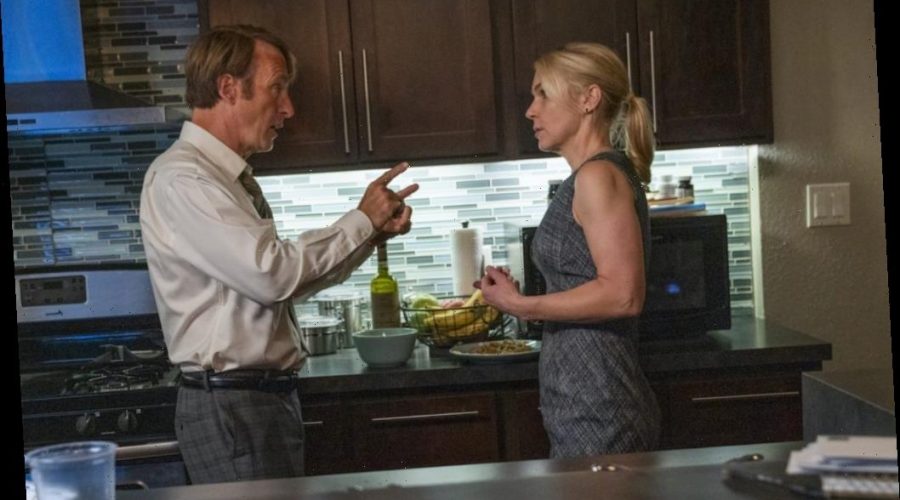 Better Call Saul introduces Jimmy McGill (Bob Odenkirk) before he becomes the criminal lawyer persona Saul Goodman. For the most part, “Slippin’ Jimmy” tries to put his con-man past behind him. But when Kim Wexler (Rhea Seehorn) embraces that side of his personality, Jimmy starts to bring her into the fold.

How many seasons of ‘Better Call Saul’ are left?

When we first meet Kim, it’s evident she is Jimmy’s moral compass — the person that keeps him tethered before he decides to fully embrace Saul Goodman. But by the end of season 5, fans see a darker side of Kim Wexler. Is her involvement in Jimmy/Saul’s ploys corrupting her, or has Kim been this way all along?

During a Q&A on Twitter, one fan wanted to know if showrunners intended for Kim to “be in the game” from the get-go. “We’ve been feeling for awhile that Kim has a dark streak that Jimmy brings out in her when they are together,” Smith replied.

“When we knew [Jimmy] was going to be out in the desert, we started to wonder what Kim’s natural/best response to that would be.” That natural response was to confront Lalo (Tony Dalton) directly.

“We felt like she was headed somewhere dark during the season but didn’t figure out her interactions with Lalo until we were working on episodes 508 and 509,” Smith added.

Jimmy and Kim’s romantic connection is clear. And by season 5 of Better Call Saul, their relationship was in a healthy place. Sure, Kim’s marriage proposal may have been to protect Jimmy, but getting married brought them closer in the end.

“[The marriage is] a legal thing primarily, but at the same time, you can’t discount there’s a closeness between the characters that grows because of it,” Odenkirk told Variety.

Sadly for many fans, Kim isn’t part of Saul Goodman’s life by the time we meet him in Breaking Bad. This has many wondering — does Jimmy have any regrets regarding Kim?

“Do you think Saul has a sincere regret for having involved Kim in his problems?” a fan asked Smith on Twitter. The short answer is “Absolutely.”

“I think he’s stuck because he knows he loves her desperately, and he knows he’s bad for her,” Smith continued. “In his mind, I think he’s stuck between losing her and ruining her — neither one seems like a good choice.” Better Call Saul fans are excited to see how her fate plays out in the series’s sixth and final season.