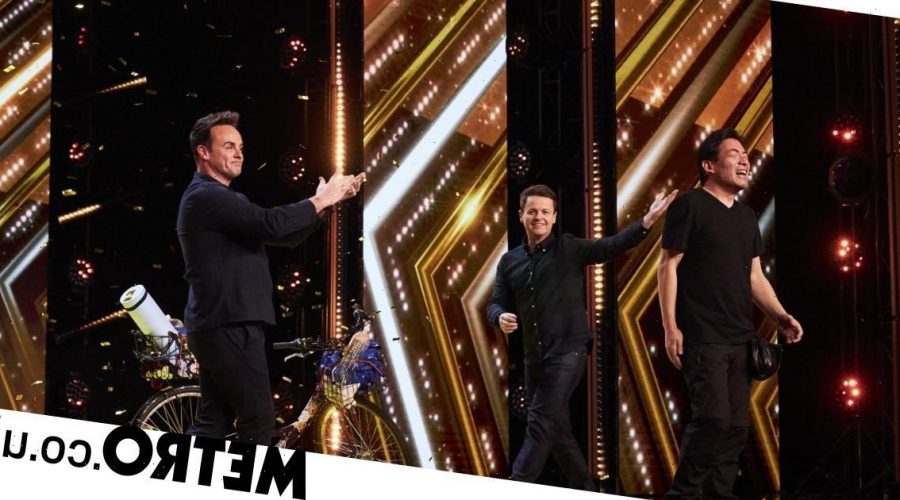 The Japanese magician wowed judges and the audiences with his range of illusions, including levitating a spinning ring from the air onto Alesha Dixon’s finger.

Elsewhere in his performance, Keiichi involved Ant and Dec in a card trick, and made a card float and spin in the air as he danced around it.

He even appeared to make a note fold over in his hand without touching it.

Alesha, Simon Cowell, Amanda Holden and David Walliams were entranced by the performance, as the magician received a standing ovation from all four judges, with Simon stating how much his son Eric would ‘love’ watching the act.

‘He is brilliant,’ Ant added, with Dec chiming in: ‘I loved it!’ 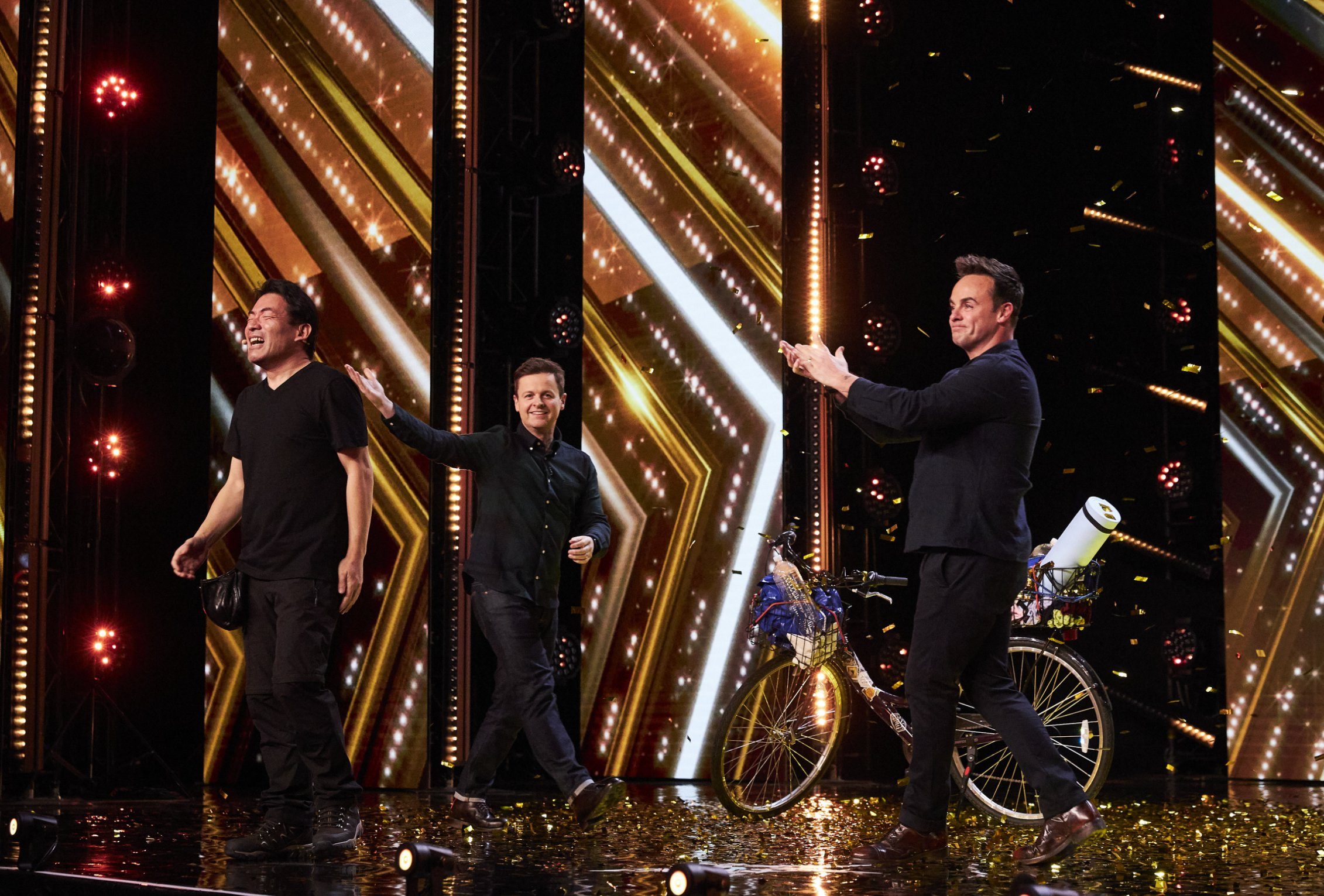 ‘I loved it! You are funny, you’re quirky, you’re very, very charming and your magic was absolutely excellent. I mean, faultless,’ Amanda praised.

Simon said: ‘You are an absolute natural. People are going to like you so much. My son is going to love you, I mean, love you! You are one of the best we’ve seen so far.’

After Alesha highlighted how much the cheering audience loved the performer, and called him a ‘superstar’, Ant and Dec ran to the judges’ panel to press their Golden Buzzer, pushing Keiichi straight through to the live semi-finals.

Backstage, Keiichi excitedly joined Ant and Dec as they celebrated the victory, with Ant repeating: ‘You did it!’

Now, only Alesha’s Golden Buzzer act remains to be seen.

Britain’s Got Talent continues next Saturday at 8pm on ITV and ITV Hub.