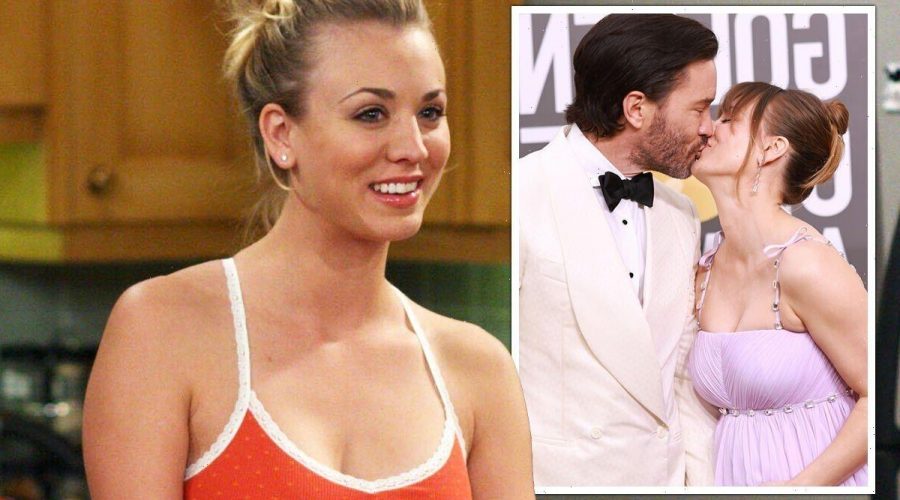 Kaley Cuoco discusses the ending of The Big Bang Theory

American actress Kaley Cuoco is best known for her iconic role as Penny in the hit sitcom The Big Bang Theory, and recently stunned audiences in her first dramatic lead role for The Flight Attendant. This week, she flaunted her boyfriend, Ozark star Tom Pelphrey, and her baby bump at the Golden Globe Awards ceremony celebrating the best film and TV of 2022.

Kaley’s Golden Globes look featured a touching tribute to her partner Tom in the form of a new tattoo.

The TV stars confirmed their relationship in May 2022 and announced they were expecting their first child together five months later.

At the glamorous ceremony in Beverly Hills, California, the Big Bang Theory star was resplendent in a floor-length sherbert gown designed by Vera Wang.

Meanwhile, Tom cut a sharp figure smiling next to Kaley on the red carpet in a white tuxedo jacket.

Kaley also debuted her new tattoo, a subtle tribute to her new partner.

Eagle-eyed viewers watching from the US may have noticed the name ‘Tom’ written on the actress’s left ring finger.

Her fans will have also been delighted to see Kaley was heavily pregnant at the ceremony, so it won’t be long before their first child is on the way.

On Wednesday after the ceremony, Kaley took to Instagram with several snaps from before and after the Hollywood event.

She wrote: “The three of us making our @goldenglobes red carpet debut together! Pure joy all around. Unbelievable team once again!

“Thank you @verawanggang for the most delicious sherbet gown! A moment I will cherish!

“My gorgeous other half @tommypelphrey wearing @isaia,” Kaley finished the post, adding white love hearts to match her partner’s suit.

A number of Kaley’s friends, fans and co-stars took to the comments to celebrate the couple’s special night together.

Actress Riley Dandy wrote: “Save some cuteness for the rest of us will ya?”

Tom also posted the snaps on his own Instagram, attaching a touching tribute to his partner.

“Beautiful night out with my girls – congratulations to my favourite actress on her nomination,” he wrote.

Kaley was nominated for Best Actress in a Musical or Comedy TV series for her performance as Cassie Bowden in The Flight Attendant.

She was joined in the category Only Murders in the Building’s Selena Gomez, Wednesday’s Jenna Ortega and Jean Smart for Hacks.

However, they lost out to Abbott Elementary breakout Quinta Brunson, who is currently back on screens for the school sitcom’s second season.

It’s currently unknown if Kaley will be back for a third outing of The Flight Attendant, though she was recently seen alongside Pete Davidson in the 2022 rom-com Meet Cute.

The Big Bang Theory is available to stream on Netflix. The Flight Attendant is available on HBO Max in the USA and Sky Go and NOW in the UK.