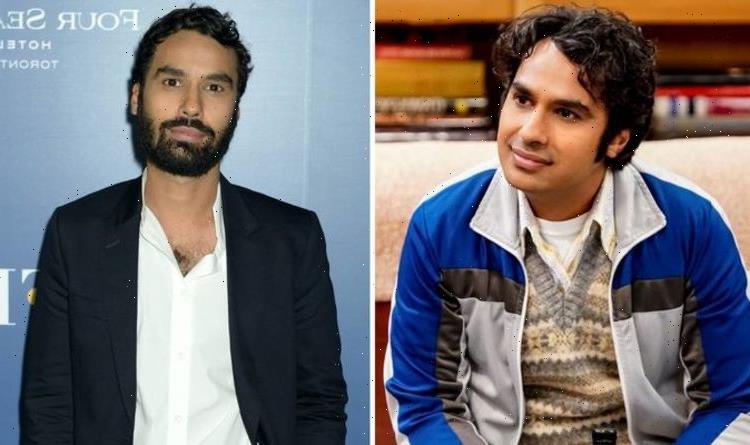 The Big Bang Theory came to an end after more than a decade and 12 seasons. Raj Koothrappali (played by Kunal Nayyar), who started off as a nervous scientist with the inability to talk to women, ended up bagging himself a date in the form of Buffy the Vampire Slayer star Sarah Michelle Gellar. Now, actor Nayyar has landed a new role away from the CBS sitcom.

Raj Koothrappali was one of the four scientists who starred in The Big Bang Theory from the very beginning.

While they were all typically unlucky in love, Raj was the only one to remain single in the series by the end with just his beloved dog still by his side.

Nevertheless, Raj remained a firm favourite of fans for his adorable bromance with Howard Wolowitz (Simon Helberg) and love of female celebrities.

Since the CBS comedy came to an end, Nayyar has appeared in a few other series.

He has so far been in Sweetness in the Belly, Think Like A Dog and animated TV short Mira, Royal Detective.

Having had a taste of working on a serious drama, The Big Bang Theory star has decided to venture into a bigger project to put his acting skills to the test.

The 40-year-old will feature in an upcoming thriller series on Apple TV+.

Suspicion follows what happens after the son of a famous American businesswoman (Uma Thurman) is kidnapped from a New York hotel.

As panic sets in, suspicion falls onto four British citizens who were at the hotel on the night of the kidnapping.

Announcing the release date, Nayyar shared a few pictures from the show on Instagram with the caption: “Here. We. Go. #suspicion Feb 4th, 2022.”

Fans were quick to congratulate the actor as well as comment on his serious new persona and bearded new look.

Several fans simply posted fire and heart-eyed emojis to illustrate their reaction to his latest role.

Another described how they “loved the look” and Nena Matahari said: “You’re one of those actors that can completely transform yourself into roles.”

If you’re keen to see Nayyar in this new series then you must be an Apple TV+ subscriber.

The streaming service costs £4.99 per month with a seven-day free trial for new customers.

Suspicion will launch on the platform on Friday, February 4, 2022, with the first two episodes.

The remaining six instalments are going to be released weekly every Friday from then on.

The Big Bang Theory seasons 1-12 are available to watch on Netflix UK now.