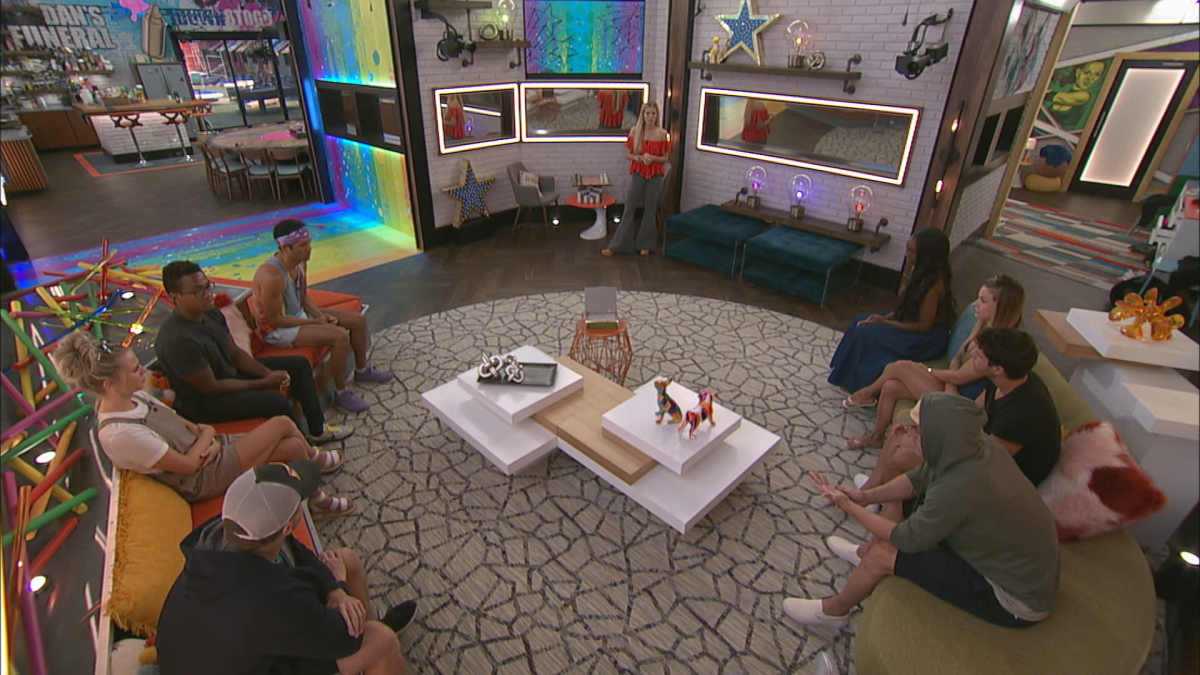 Big Brother 22 spoilers that may have seemed pretty obvious to some fans suggest that the BB Basement power is likely getting used on the show tonight.

David Alexander was the first houseguest to use one of the BB Basement powers, and it immediately benefited him in the game.

After Daniele Donato revealed her nominees for eviction in Week 6, David put his power into the game. It allowed David to take himself off the block and forced the HOH to nominate someone different.

There has been a lot of bitterness in the Big Brother house over David using that power. Cody Calafiore and Tyler Crispen compared David to O.J. Simpson after he used it. And people continue to blame David for Dani putting Tyler on the block.

Another BB Basement power to be used

The other two people in the house who possess BB Basement powers are Christmas Abbott and Daniele Donato. Christmas has a power to block someone from being used as a replacement nominee at the Veto Meeting. She hasn’t found a use for the power just yet.

And as for Daniele, she has the power to play in a Head of Household Competition, even if she is the outgoing HOH. She was really disappointed when she learned about her power, but now it could come in handy for her.

During her time at the HOH, Dani had to nominate four different people. She started out with David Alexander and Kevin Campbell on the block. Then, she used Tyler Crispen to replace David and also had to use Ian Terry to replace Kevin after Da’Vonne Rogers used the Power of Veto.

All of those potential targets have their eyes on Dani moving forward, including Tyler, who is supposed to be in a final six alliance with her. He didn’t appreciate getting put on the block, though, so he is very likely going to remember what has transpired.

After Ian Terry or Tyler Crispen gets evicted during the September 27 episode, a new Head of Household Competition will be played. If Dani decides to use the power — it’s in her best interest to try to retain the HOH Room — then all 10 remaining houseguests will be taking part in the challenge.

Either Ian or Tyler will be exiting the Big Brother house as the first member of the BB22 jury. Dani will need to play her BB Basement power to ensure that she has a good chance of not becoming the second member of the jury.

Stay tuned, because there are bound to be even more Big Brother 22 spoilers emerging from the eviction episode on Thursday night.