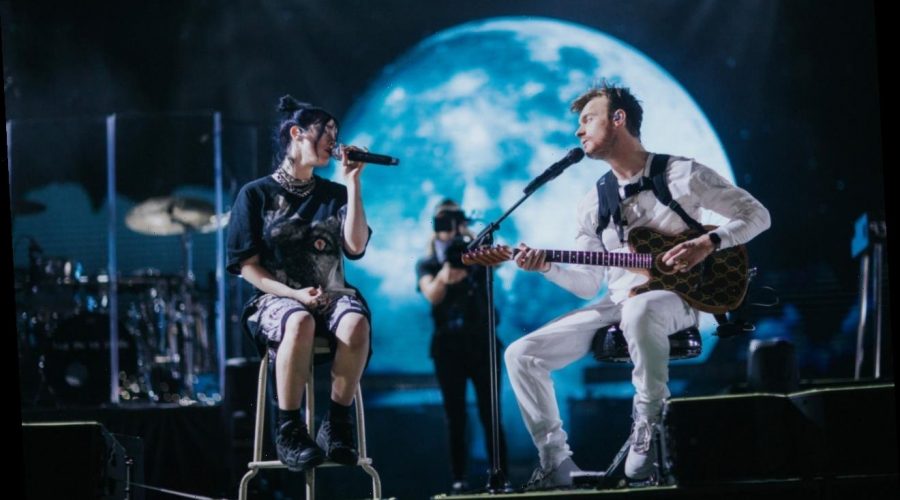 Set to premiere on February 26, ‘Billie Eilish: The World’s a Little Blurry’ promises to offer a deeply intimate look at the ‘Therefore I Am’ hitmaker’s rise to global superstardom.

AceShowbiz –Billie Eilish “cried out of joy” after watching her Apple TV+ documentary.

The 19-year-old pop megastar banned her family – including her sibling and regular collaborator FINNEAS – from seeing “Billie Eilish: The World’s a Little Blurry” until she had seen it herself, because she thought she’d be “mortified” by some of the scenes.

However, she actually felt elated by how it captured what she was going through in “such a beautiful, intimate way”.

“S**t happened. I had a stomachache the entire day, but I cried out of joy for a lot of it. I never would have thought that anyone would be able to capture exactly what was going on in such a beautiful, intimate way.”

The “Therefore I Am” hitmaker – who has been open about her battle with depression and suicidal thoughts – recently admitted it was “pretty brutal to relive” some of the moments.

“It’s really about my life, me, in such a way that I was not expecting, and was pretty brutal to relive,” she said. “I was going through hell in certain parts of my life, and I had no idea anyone was seeing it. The fact that they have footage of it and you can see my emotions…”.

A press release states that the R.J. Cutler-helmed documentary “tells the true coming-of-age story of the singer-songwriter and her rise to global superstardom … the documentary offers a deeply intimate look at this extraordinary teenager’s journey, at just 17 years old, navigating life on the road, on stage, and at home with her family, while writing, recording and releasing her debut album ‘When We All Fall Asleep, Where Do We Go?'”

“Billie Eilish: The World’s a Little Blurry” is set to premiere on February 26.