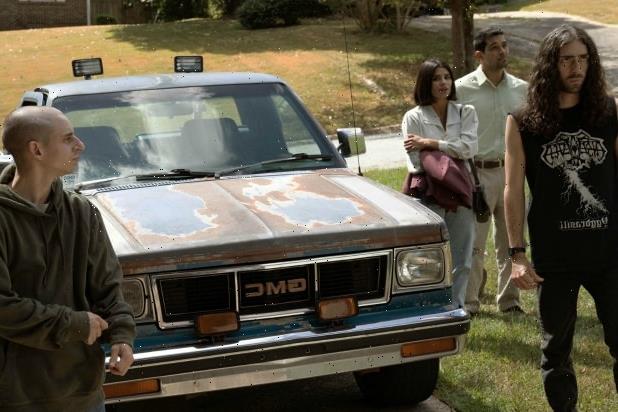 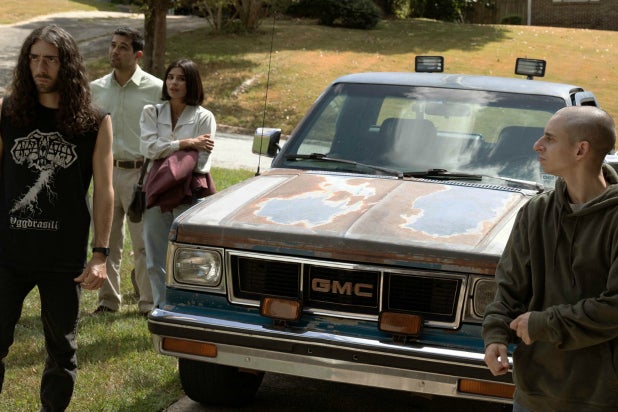 This review was initially published timed to the show’s premiere at the 2020 Sundance Film Festival.

Sublimely specific in content yet boasting wide appeal, Colombian filmmaker Esteban Arango’s “Blast Beat” expands on his short film with the same title (and starring the same co-leads) for a terrific bilingual debut that keenly scrutinizes the American Dream, those who pursue it vehemently, and the ones who reject it as the sole avenue to fulfillment.

Opposing forces fueled by rampant testosterone, the young men maintain a rivalrous relationship which, in spite of its often-negative intensity, benefits from the inherently natural fraternal rapport and lived-in psychological intricacy of being played by the real-life Arias brothers. Each of their processes, related to homesickness and adaptation, operate in direct enmity.

Arango’s luckiest break was signing on these two tempestuous actors to clash against each other with the unfiltered animosity that only people who also love each other fiercely can summon. Conjunctionally engrossing, the Arias’ performances hit like wrecking balls of genuine and conflicted emotions, giving cinematographer Ed Wu (“Sleight”) the task of matching that indomitable vibrancy in the hues that fill their rooms and through the use of unorthodox motion.

Eldest sibling Carly, a longhaired metal-head with dreams of working for NASA, debunks the tired image of the introverted, glasses-wearing science genius, but does fit the bill as a rule-abiding and goal-driven person. Moises Arias, as the resentful and artistically-minded Mateo, pushes the rebellious and untamed energy shown in last year’s masterful “Monos” into a more restrained direction but still inhabiting the same unruly space.

Shaping their identities in a place far from what they’ve always known, the divide that separates Carly and Mateo transcends a difference in musical taste and aspirations and now involves how they react to the possibility of being repatriated and even their national allegiance. Interactions with strangers around them exacerbate the difficulty of acclimating to their new reality as outsiders.

“You should learn Spanish, half of the world speaks it,” Carly tells a clueless white classmate when she questions his English-language skills. The pair’s proficiency in the tongue is attributed to their private education back home, and though a passing explanation is better than none, removing the ESL (English as a Second Language) barrier, which many incoming migrants endure, functions as an extremely convenient device to facilitate some story beats.

Another interpretation is that perhaps the writer-director needed to express that not all Latin Americans arrive without speaking the language, just as he does with other gross misconceptions and assumptions about people from south of the border. At school, Mateo is recurrently on the receiving end of anti-Mexican slurs and geographically ignorant comments, while Carly sees his succeeding in the aerospace field partly as a vehicle to denote Colombians are more than Pablo Escobar.

A soundscape comprised of David Murillo’s moody electronic score and tracks exemplifying the genres that distinguish the duo’s personalities (heavy metal for Carly and Spanish-language rap for Mateo) exalts the contrast between them on a sonic level. Hot and heavy perreo, a suggestive Latin American dance style, and the presence of Colombian-American singer Kali Uchis on screen as Carly’s Colombian girlfriend (and through the use of one of her songs) reveal how vital music is in Arango’s storytelling grammar.

Heavy-handed lines of dialogue that forcefully instill the plot with the supposedly merit-based philosophy and hard-work ethic of the U.S. dampen a handful of scenes, like when a teacher overtly notes the American way discourages short cuts or in how a professor vilifies Carly’s by-any-means-necessary approach for what he considers is trying to cheat the system. These pitfalls, however, are minor when considering the overall radiance of authenticity on display, in that the actors speak with accents matching their characters’ origin, and the sense that the creator understands first-hand what it means to be Colombian at home and abroad.

Whether inadvertently or consciously, Arango allowed four U.S.-born Latinos to walk in the struggle-tested shoes of Latin American immigrants braving a foreign land displeased with their presence, and perhaps to channel into the screen what their own parents or themselves (Miami-born Valderrama moved back from Venezuela to the U.S. as a teen, while Guerrero has been outspoken about her parents’ deportation) encountered as ex-pats reshaping their destinies up north.

Such scenarios are the outcome of creators with culturally distinct points of view and from largely under-seen backgrounds taking the reins of their narratives. Artistic merits aside, of which there are plenty, “Blast Beat” epitomizes the type of works about Latinos in the United States we want to see today: character-driven, stylistically bold, and stereotype-adverse.

Niche as some of the situations Arango poses are, his movie is the rare work of art that viscerally understands the immigrant experience but is cerebral enough not to oversimplify it, allowing it to appear messy and imperfect, and all the more truthful for it. It has its heart in both places, the troubled motherland and the land of conditional opportunity, and can see them with a loving yet critical eye.