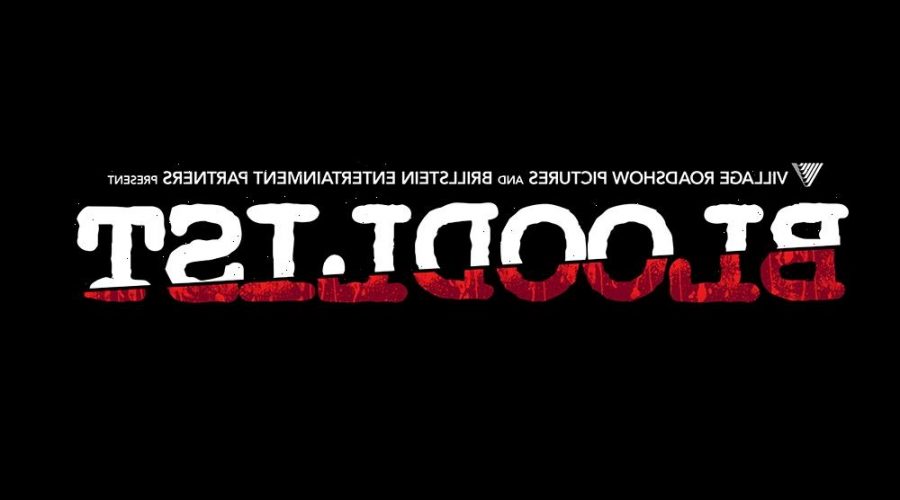 The BloodList, an annual ranking of the best unproduced horror and genre screenplays, has published the 13th edition of its “Fresh Blood” series just in time for Halloween.

The announcement was made Friday by Village Roadshow Pictures and Brillstein Entertainment Partners, who earlier this year announced a first-look partnership to mine the list for feature films. BloodList was created by Kailey Marsh, who is a literary manager and producer at Brillstein.

The two projects that Village Roadshow has selected for development are “On The First Day of Christmas” by Casey Giltner and “Zero Feet Away” by Jose Nateras. Gitner’s script follows a little girl who begins receiving sinister Christmas presents coinciding with the traditions of “The 12 Days of Christmas.” In Nateras’ script, a young man’s love life is complicated by his identity as a gay, Mexican-American, and werewolf — while his actual life is put in danger by a mysterious serial killer who seems to be zeroing in on him using a location based hook-up app.

“We’re honored to support the Fresh Blood initiative as it sources and provides a platform for new, undiscovered talent. We’re excited to present this year’s selections: thirteen chilling projects that we feel represent the future of genre, defined by inclusivity, vitality and relevance,” said Village Roadshow film EVPs Jillian Apfelbaum and Tristen Tuckfield.

“The first BloodList was just a word doc, compiled on a horror tracking board I ran, less than a year out of college. Over the past 12 years, it has evolved into a real way of discovering new talent in the horror genre. Now via our Fresh Blood Initiative and with our partners at Village Roadshow Pictures, we are able to produce some of the incredible projects that are selected for the list,” said Marsh.

Along with Marsh, Apfelbaum and Tuckfield will oversee the BloodList producing slate that also includes Raj Balu’s “Little India,” a selection from 2020 Fresh Blood competition that will also be produced by Christian Taylor of Taylor Lane Productions.

Past BloodList selections include “The Autopsy of Jane Doe,” “His House,” “Black Swan,” “Bird Box,” and “Warm Bodies.”

“Bosque”
Writer: Eleni Rivera-Colon
Logline: A Puerto Rican-American woman struggling to care for her ill mother begins to encounter a monster manifested by her trauma and grief, as the secrets of her childhood come to light.
Genre: Thriller / Horror

“Dirt”
Writer: Baakal Geleta
Logline: A laborer, struggling with his sexuality, takes a job at a remote industrial disaster helping an old recluse and finds that the job begins to consume him.
Genre: Horror

“Goddess of Mercy”
Writer: Morris Long
Logline: While terrorizing a picaresque Taiwanese village, a ruthless serial killer finds his world collapsing after his latest victim, an occultist witch, places a curse on his hometown; now he must find a way to unravel her spell and evade the authorities—all while a Satanic apocalypse descends on his pastoral, mountainside hamlet.
Genre: Horror / Supernatural

“Hide Me Among the Graves”
Writer: Tal Gantz
Logline: When a physics student discovers that his own body was found in a 19th century grave, he must solve a sinister time-travel mystery before his fate catches up with him.
Genre: Horror

“House of Mourning”
Writers: Katherine Botts & Mischa Marcus
Logline: After the suicide of her Jewish husband, an unfaithful widow must confront her sins, which have attracted a violent demon who threatens her and the other mourners as they sit shiva over seven days of escalating terror.
Genre: Contained Horror

“I Knew You Once” (Short Story)
Writer: Vanessa Branch
Logline: When her childhood crush resurfaces in town, a reclusive woman hopes for a possible reunion unaware of her beloved, former classmate’s homicidal tendencies.
Genre: Thriller

“Liability”
Writer: John Thomas Kelley
Logline: A liability insurance adjuster (tasked with sizing and discovering the cause of fatal industrial accidents) finds himself unraveling as he is faced with a mounting number of horrific cases that cannot be explained.
Genre: Horror / Thriller

“Moonrise” (Pilot)
Writer: Rebekah Mueller
Logline: Within a global corporation bent on exploiting the untold wealth that vampires and other creatures provide, a driven scientist and a vampire held against their will must come together to uncover greater corrupting forces.
Genre: Sci-Fi / Thriller / Dark Fantasy

“On the First Day of Christmas … ”
Writer: Casey Giltner
Logline: When a little girl begins receiving mysterious Christmas presents, her parents realize the gifts have a sinister intent, coinciding with “The 12 Days of Christmas.”
Genre: Holiday / Home-Invasion / Slasher

“The Great God Pan”
Writer: Haley Bartels
Logline: After a series of unnatural killings roils a peaceful New York hamlet, an earnest small- town detective is thrown headfirst into the mystery. But complications ensue when his wife begins an investigation of her own – one that focuses on the occult, and places her increasingly at odds with her husband. Inspired by the iconic horror novella of the same name.
Genre: Elevated Indie Horror

“Totally Dead!”
Writer: Joseph Britz
Logline: On the eve of the millennium, a group of friends are terrorized by a killer who isn’t ready to let go of the Nineties just yet.
Genre: Horror / Comedy

“Zero Feet Away”
Writer: Jose Nateras
Logline: A young man’s love life is complicated by his identity as a gay, Mexican-American, Werewolf, while his actual life is put in danger by a mysterious serial killer who seems to be zeroing in on him using a location based hook-up app.
Genre: Horror / Comedy