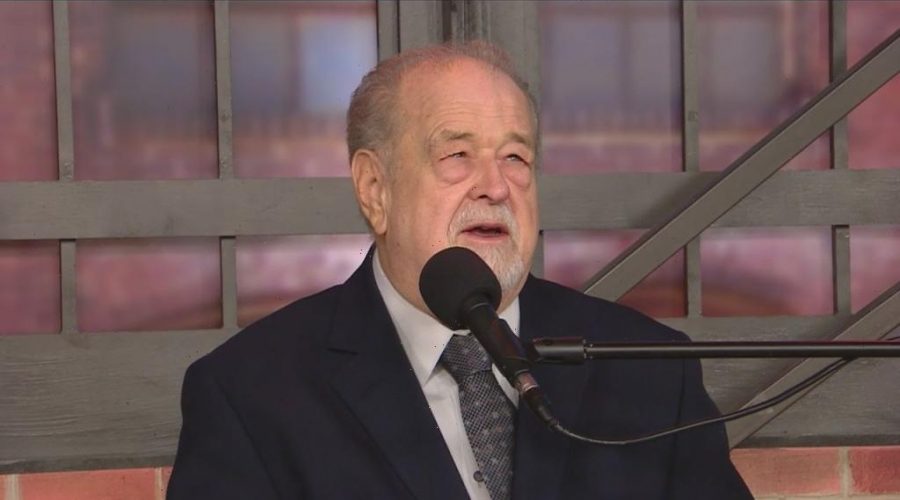 Robert “Bob” Ringwald, jazz musician and father of actress Molly Ringwald, died on Aug. 2 at the age of 80.

Ringwald shared the news via Instagram on Saturday with a selection of photos. No cause of death has been revealed.

“It’s with a heavy heart that my family says goodbye to my father,” the Pretty in Pink star wrote. “I consider myself very lucky to have had in my life as long as I did. Robert Scott Ringwald 1940-2021.”

The elder Ringwald was born in Roseville, California, a small town close to Sacramento. Molly revealed in an obituary that her dad was legally blind as an infant and totally blind by the time he was an adolescent.

Bob’s love of music began at an early age. He started taking piano lessons at the age of 8, adding the guitar and banjo in later years. The training set him up for a longtime career as a jazz musician, beginning with the formation of his first band, The Rhythemaires, when he was 13. Four years later, he grew a beard so he could look older and began working at nightclubs making a name for himself as a pianist.

In 1960, he graduated high school and married Adele Frembd, his wife of 60 years and mother of his three children: Molly, Beth, and Kelly. A fourth child, Robert Scott Jr., died from leukemia at the age of 3.

Though he focused on modern jazz early in his career, his focus shifted to traditional New Orleans jazz after discovering Louis Armstrong’s music. He would go on to co-organize the first Sacramento Jazz Festival in 1974 that ran for more than four decades.

Molly remembered her beloved father’s humorous nature, which continued on until his final days.

“Anyone who knew Bob also knew his mischievous streak, and his ever-present, slightly ribald sense of humor,” she wrote in the Sacramento Bee. “If you didn’t sufficiently beg to get off of his email joke list, you would have received one just a couple of days before he died.”