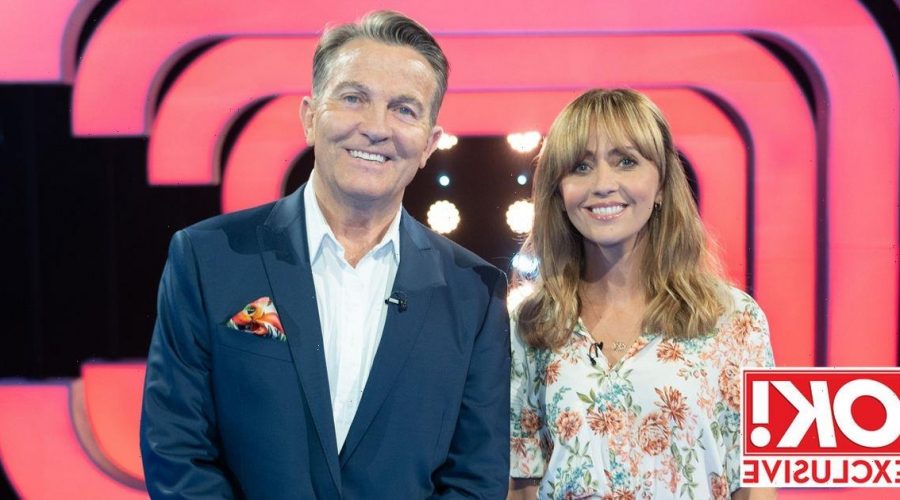 Bradley Walsh was thrilled to reunite with his former Coronation Street co-star Samia Longchambon as he welcomed her to his hit ITV series, Beat the Chasers.

As seen in OK!’s first look, exclusive clip of tonight’s episode (Tuesday 11 January), the TV presenter was all smiles when he introduced Samia to the celebrity version of the edge-of-your seat quiz show.

The pair worked together when Bradley, 61, starred as Weatherfield’s factory boss Danny Baldwin from 2004 to 2006, alongside Samia’s character, Maria Windass.

And the soap stars were quick to reminisce about their joint time on the famous cobbles, with Bradley saying that Samia, 39, hadn’t changed at all.

After former Dancing on Ice star Samia walked on to the set, Bradley said to his former co-star: “Well, hello mate. You haven’t changed a bit! Honestly you haven’t.”

As Samia repaid Bradley’s compliment, saying “neither have you, you look so well,” he turned to tell the Chasers and the audience that he’d known Samia since she was small.

Mum of two Samia laughed and then quipped: “I’m not much bigger now, to be fair!”

Bradley then quizzed Samia on her soap career, asking her what age she was when she first walked on the famous cobbles as her alter-ego Maria.

Samia, who is married to Dancing on Ice pro Sylvain Longchambon, answered: “[I was] seventeen… and I’m 21 now. No, I’m joking.”

Once the actors had enjoyed their short but sweet catch-up, Bradley introduced Samia to the Chasers she would be facing as she attempted to win big for charity.

But viewers will have to wait and see how she fared as she took on the brainy quizzers in some nail-biting rounds.

Taking to Instagram to tease her appearance on the show, Samia said: “Not gonna lie, it was even more nerve wracking than I’d imagined facing the best quizzers in the ‘biz but… loads of fun!”

She also gave a special shout out to the host of the show, describing Bradley as her “old mate, [the] lovely @bradderswalsh.”

Samia’s co-stars said they couldn’t wait to tune in and see how she got on on the show.

For more stories on the biggest shows on the box, sign up to our daily OK! Newsletter. Beat the Chasers airs tonight (Tuesday 11 January) at 9pm on ITV