Tonight’s edition of Britain’s Got Talent has been almost as explosive as last night’s first semi-final of the ITV talent show.

The singer and mother of a three-year-old appeared on stage all smiles as she hilariously described what she’s “been doing” since her last performance on the show three months ago.

Siobhan immediately had the judges and audience in stitches with her well-timed jokes, and as her ode to her toddler daughter came to an end, both Amanda and Alesha praised the singer for how “relatable” her lyrics were.

Unfortunately, Simon didn’t quite feel the same, and the X Factor star couldn’t help blasting the act for providing a slightly more lacklustre performance than her sparkling audition.

Some of Siobhan’s amusing lyrics saw her describing her daughter as a former British Prime Minister.

“She’s like a miniature Margaret Thatcher but with more strife,” she sang, to whoops and cheers from the audience.

“She says no a million times a day,” Siobhan continued. “I was thinking of joining Mums’ Net, but instead I’ve joined AA.”

Having had enough of Simon’s negative comments, David suddenly snapped: “Oh do shut up.” 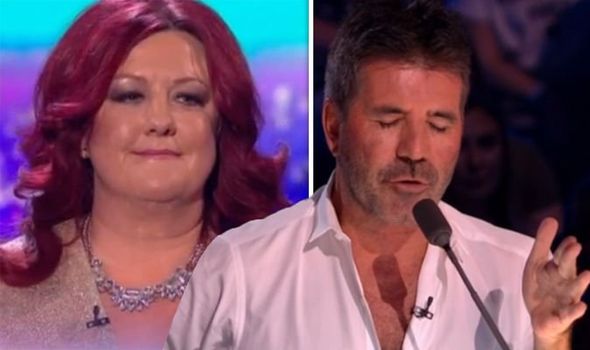 Startled by the judge’s outburst, a frowning Simon shot back: “You shut up.”

David wasn’t fazed by the spat and continued on to praise the act.

It’s not the first time David and Simon have had some theatrical spats on the programme, and is surely not going to be the last, with the pair seemingly moving on from the moment quite quickly.

Despite Simon’s criticisms, Siobhan was a runaway hit with viewers as she was voted into the top three performances of the night.

After 4MG won the vote and went straight through to the final, it was down to the judges to decide between Siobhan and stuntman Matt Stirling.

While Simon voted for the magician to go through, all the other judges voted for Siobhan.

The performer sobbed her heart out as she told Ant and Dec how much “it meant to her”, and The Queen, State of the Fart, Giorgia Borg and others were unfortunately sent home.

Also during tonight’s show, Ant and Dec were used as assistants during Matt’s impressive stage act.

The part were propelled across the floor as fire shot out of their behinds, leaving the judges in stitches.

Britain’s Got Talent continues tomorrow at 9pm on ITV.