Bruce Willis' wife Emma Heming has landed back in California after quarantining with her husband and his ex Demi Moore in Idaho.

Emma, 41, shared pics of a fun day out on the beach at the Santa Monica Pier with the couple's two daughters, Mabel, eight, and Evelyn, six. 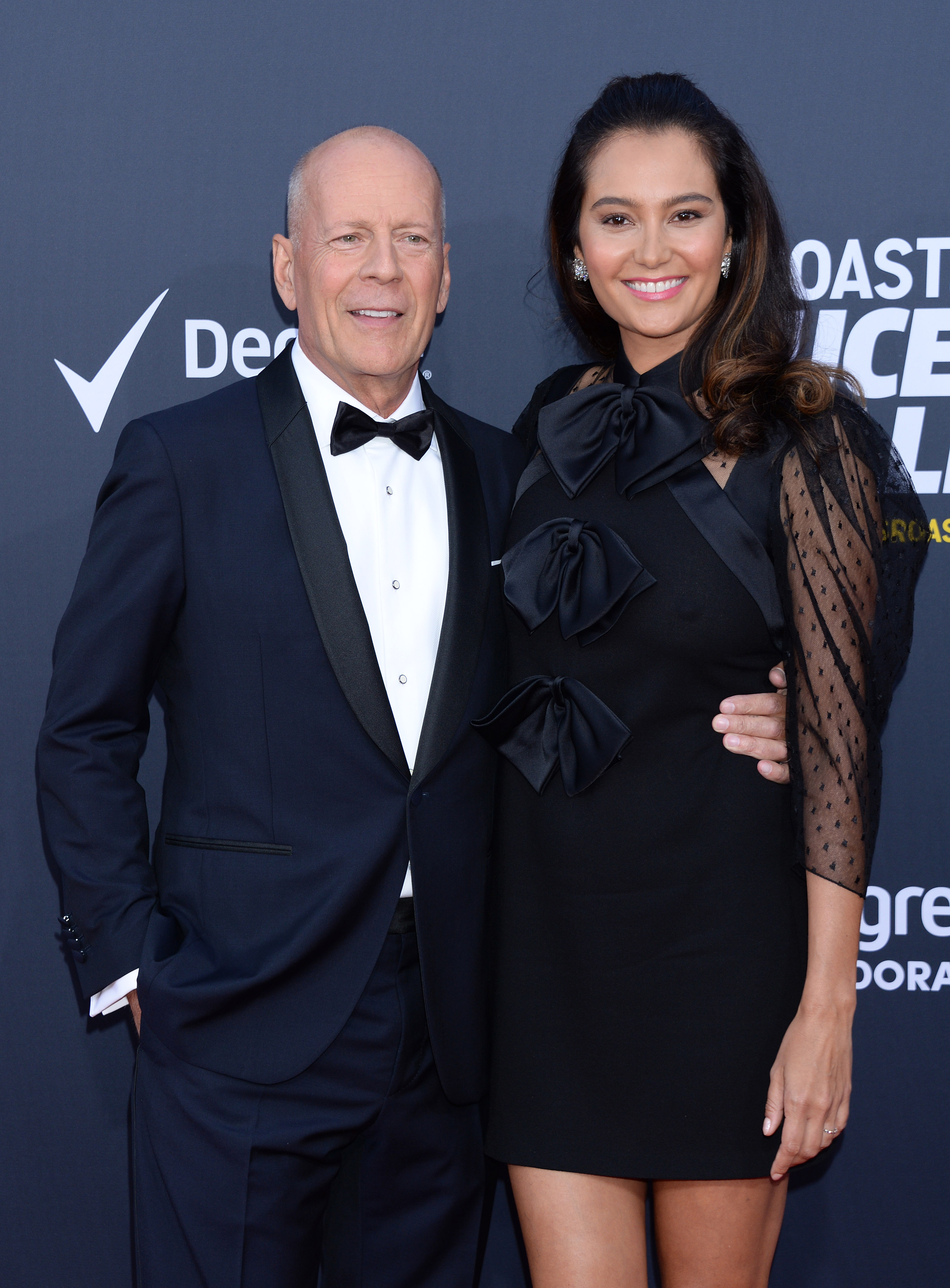 She snapped the girls raising their hands in excitement while standing on the white sand and later frolicked in the ocean's waves.

The American and English model was glad to be back in California and captioned the post: "Back to reality."

She also added the Beach Boy's classic song California Girls to some of the videos.

They then headed home to watch Netflix's Magic For Humans in bed. 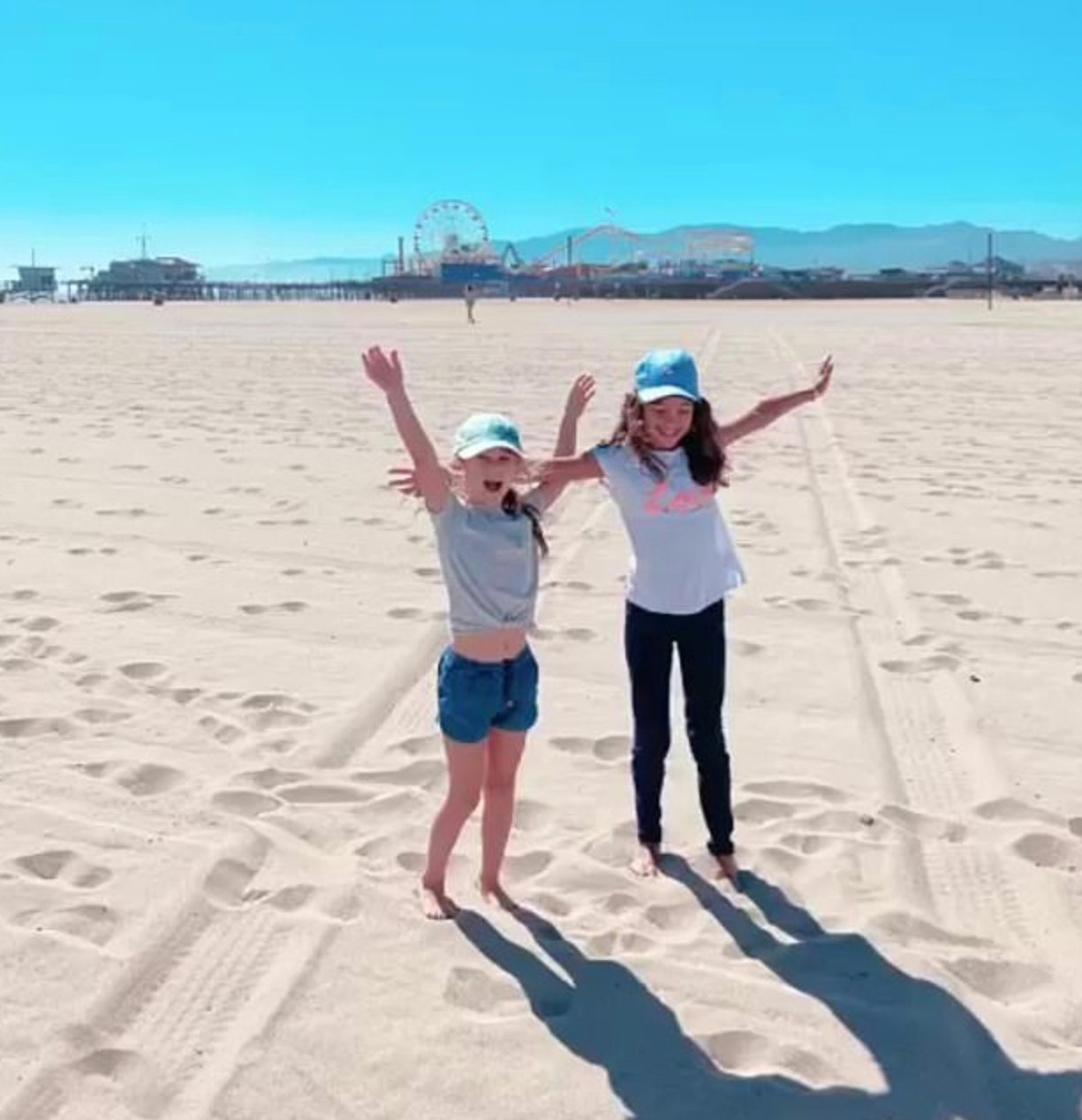 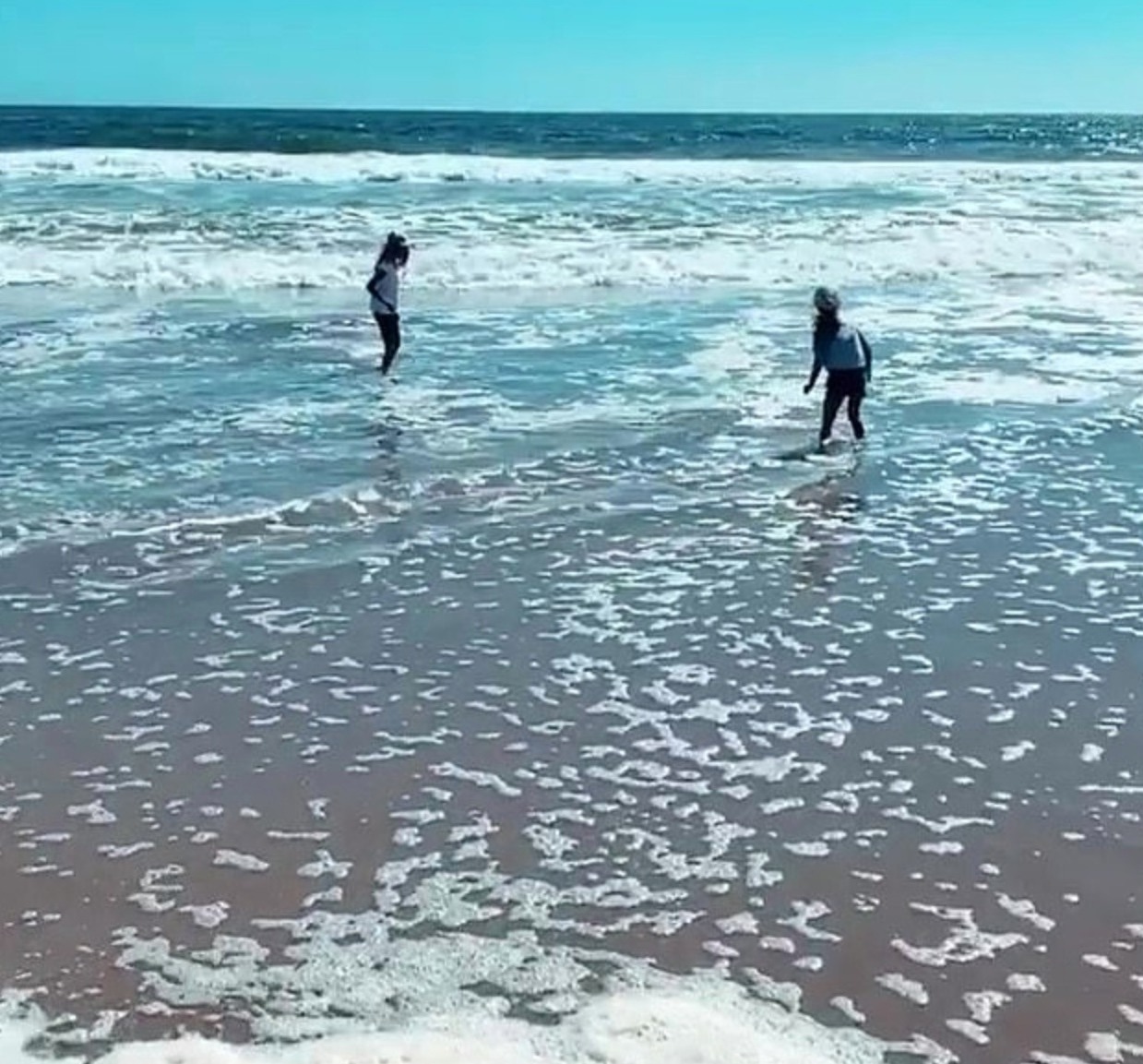 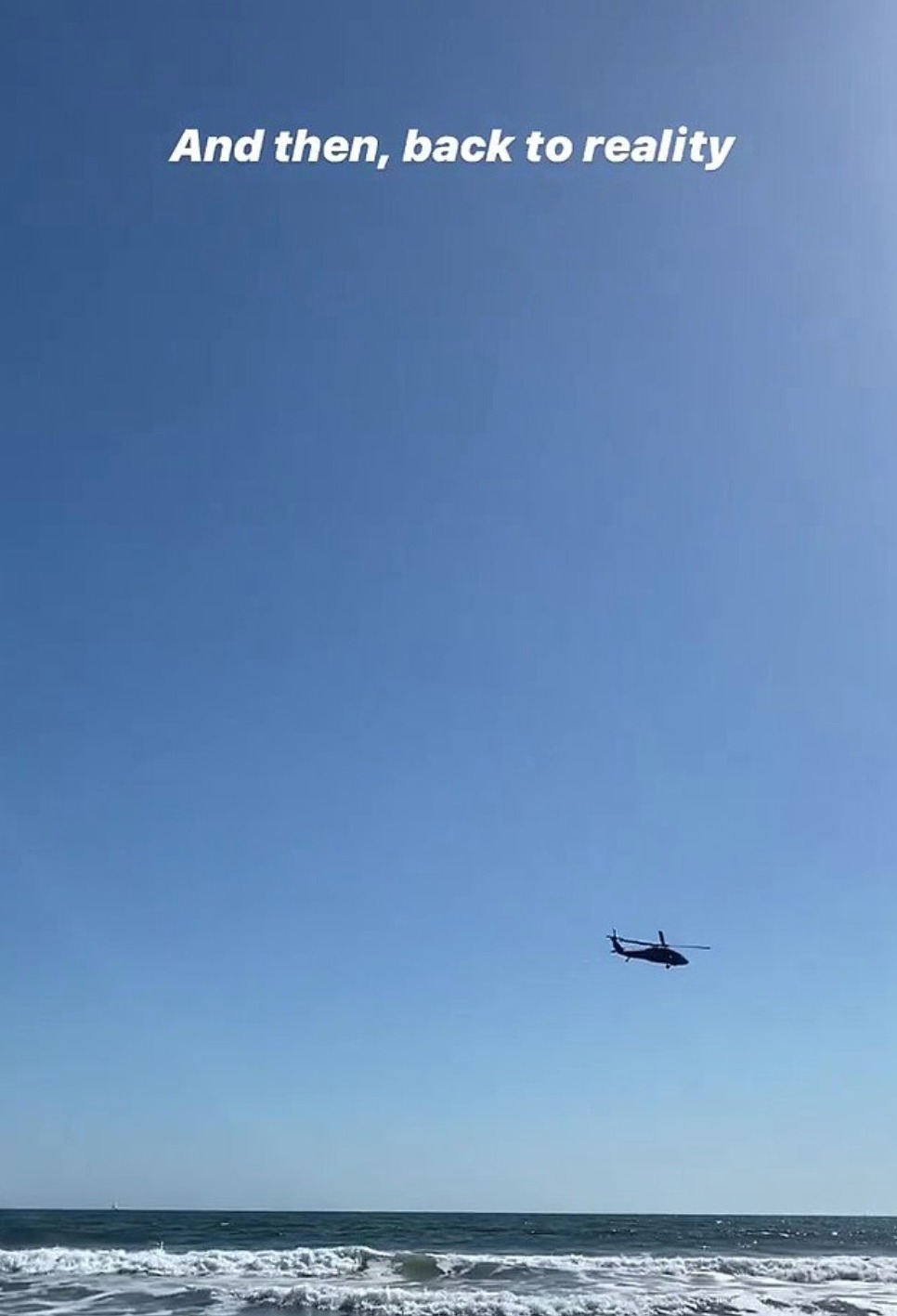 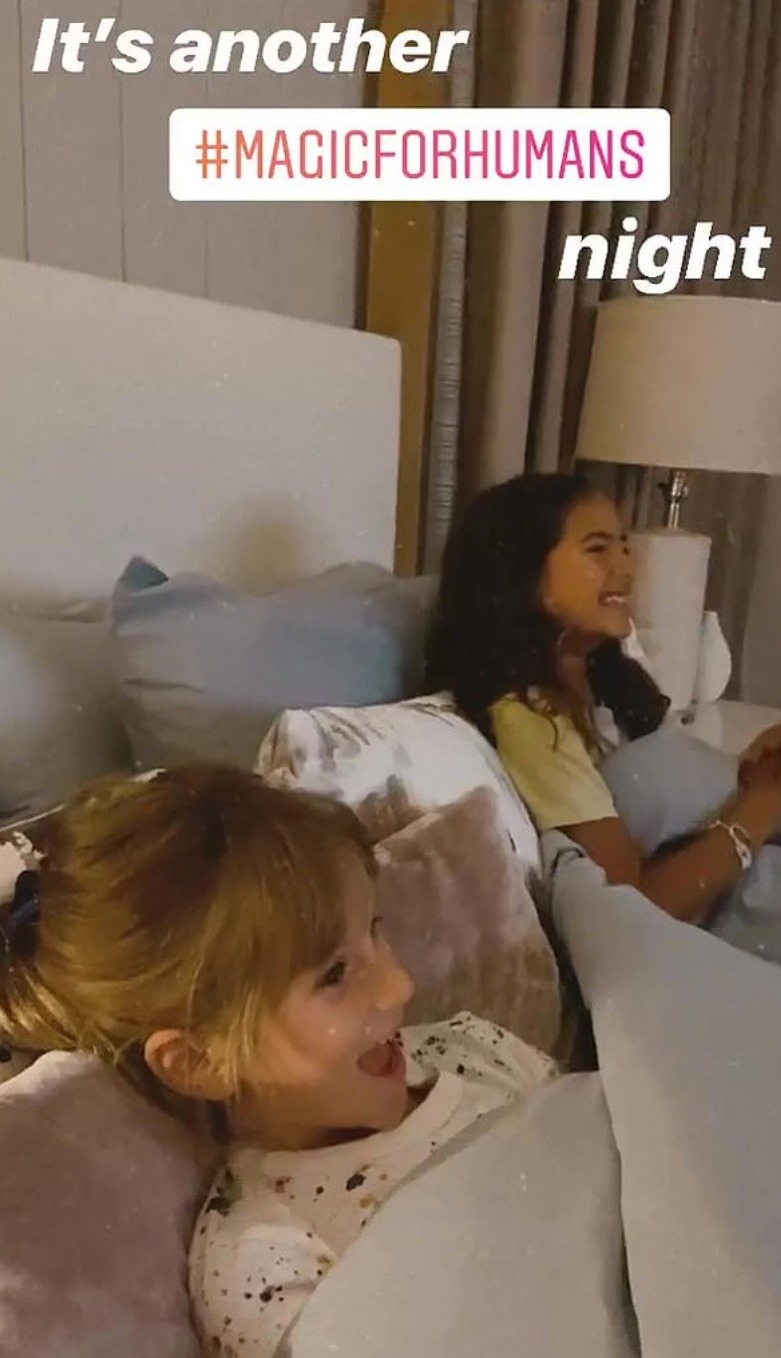 But Bruce did not appear in any of the Instagram posts, leading people to speculate he had not traveled to the West Coast with his wife and young daughters.

The Die Hard actor has been quarantining at Demi's Idaho ranch with their daughters Rumer, 31, Scout, 28, and Tallulah, 26.

However, Bruce’s second wife Emma was absent from their lockdown celebrations over the last six weeks or so, and only just joined them all.

Emma and the girls made it to the Sun Valley ranch just in time to celebrate Evelyn's sixth birthday, surrounded by big their sisters and family. 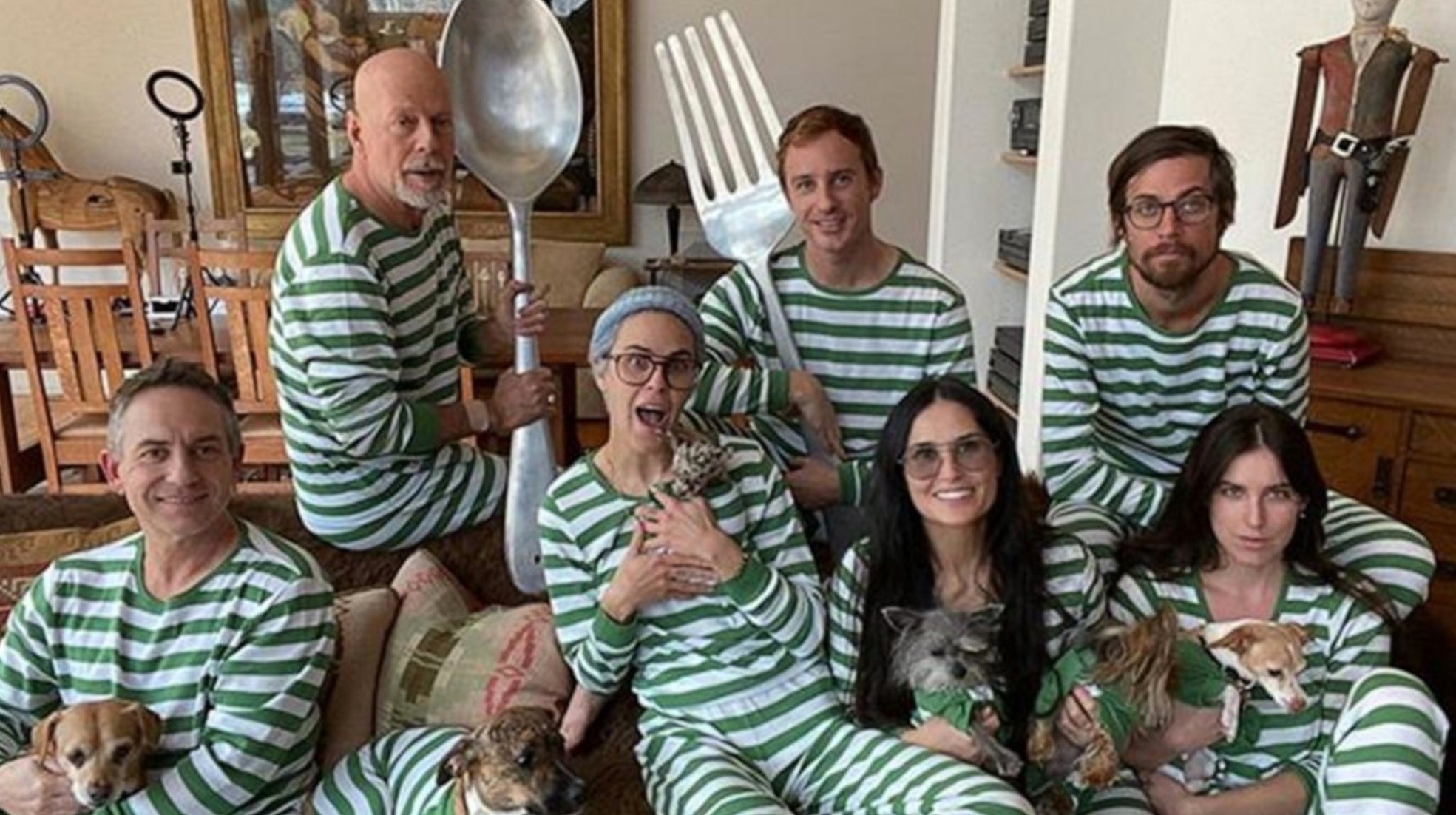 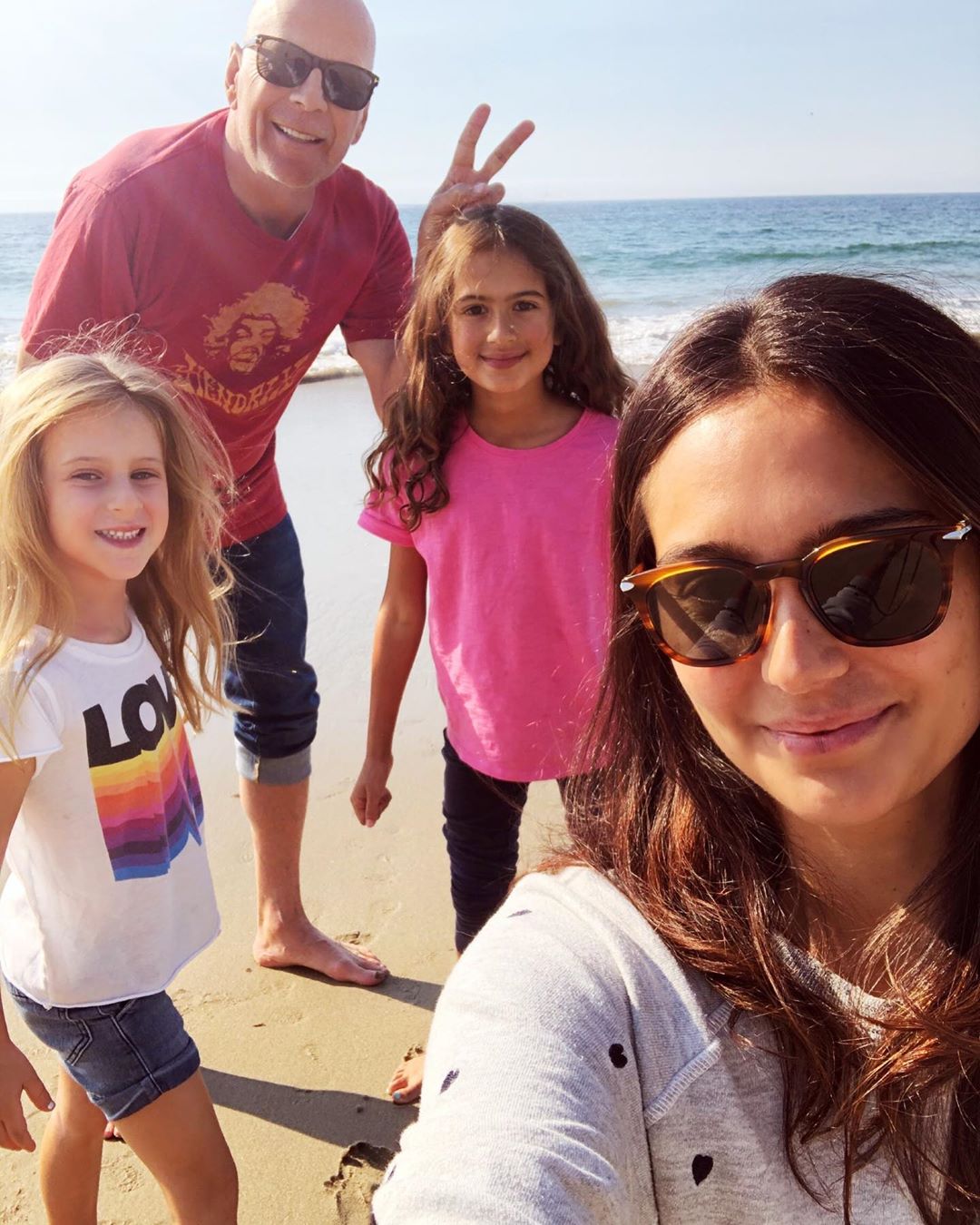 Posting a video of Evelyn riding on Instagram, Emma wrote: "A big day over here! Not only did the baby of family turn 6, she decided to take those training wheels off 🤗🚴🏼‍♂️💨 #thisis6 #proudfamily."

Emma married the 65-year-old in 2009 and were forced to stay in LA after Evelyn poked her foot on a needle in a local park and they had to stay back to wait for the results.

Bruce was instead seen making the most of quarantine life with his ex Demi, 57.

Emma and her daughters were able to join Bruce earlier this month and she shared videos on social media of how good it was to be together again. 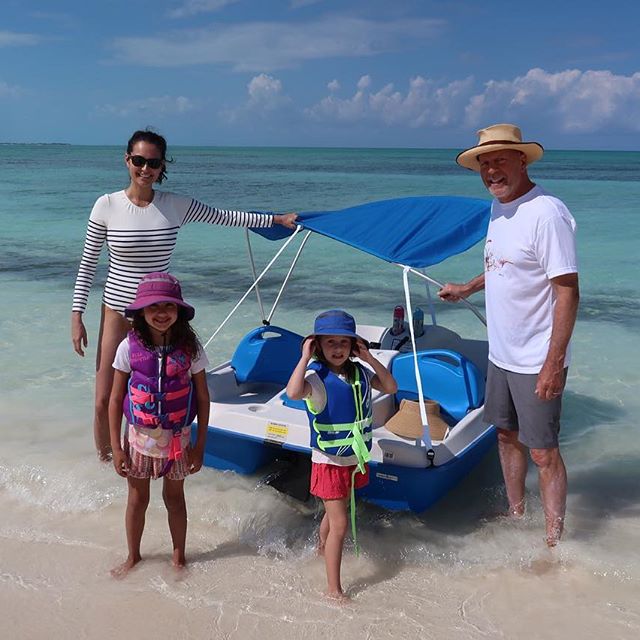 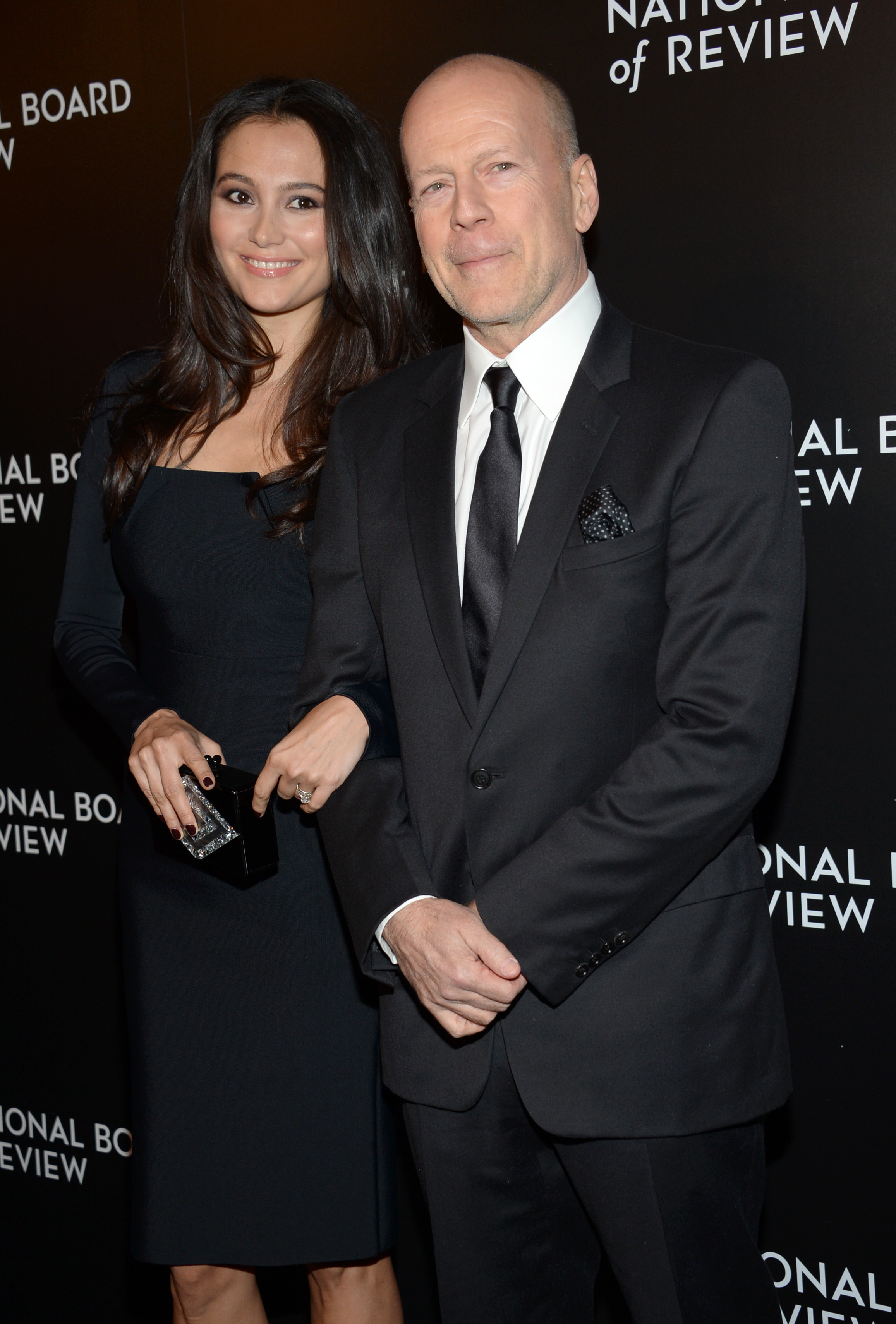 She showed the girls as they gathered round to watch Evelyn blow out her birthday candles, which were spread across two cakes.

Evelyn then took part in an apparent family tradition – and placed her face onto one of the cakes.

Other videos from their time together showed Evelyn on a scooter, surrounded by trees.

While she joked that action man Bruce was "teaching me archery just in case" and that he'd adopted the family dogs as he was surrounded by them outside.

Related posts:
24/05/2020 TV & Movies Comments Off on Bruce Willis’ wife Emma and kids are pictured back in California after quarantining with ex Demi Moore – The Sun
Lifestyle