BBC Breakfast meteorologist Carol Kirkwood has been on hand throughout the week to present the latest forecast ahead of Christmas. However, she was missing on Friday morning with hosts Naga Munchetty and Charlie Stayt turning to Nick Miller to find out the latest weather report.

Carol regularly chats to her co-stars before presenting the weather on BBC Breakfast so it came as a surprise when Naga introduced Nick.

The meteorologist’s absence wasn’t addressed on the show but viewers needn’t have worried as Nick was on hand to step in to reveal whether or not viewers could expect snow this Christmas.

Unfortunately, it seems the UK should expect a lot rain with the odd glimpse of sun.

Nick explained: “On the plus note, it’s not going to be raining all of the time because in between those bands of heavy rain, there will be some sunshine at some stage at the weekend. 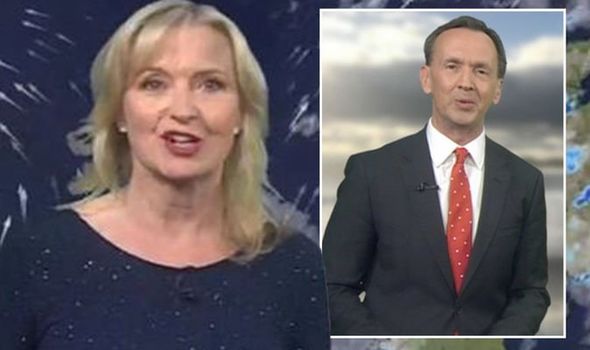 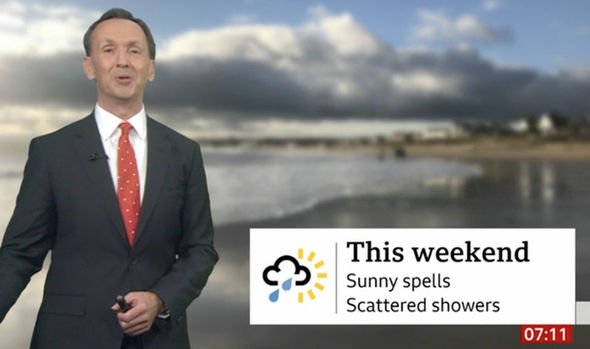 “So, it’s not going to be a wash out but you could find yourself getting caught in the odd heavy, possibly thundery, downpour.”

He added: “As we go into next week, it looks like hints of not just one but two more areas of pressure coming in with more wind and rain.

“That’s before it turns colder for Christmas but it looks like it will be turning brighter and drier by then.” 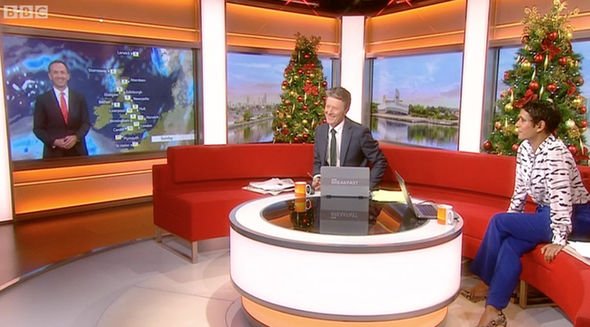 Nick pretending to swipe the incoming rain out of the forecast: “If I stand in front of it, it will never come.”

While BBC Breakfast viewers may not recognise Nick, he presents the weather on Springwatch and Autumnwatch.

He also regularly appears on the BBC News at One and BBC News at Six with the latest forecast.