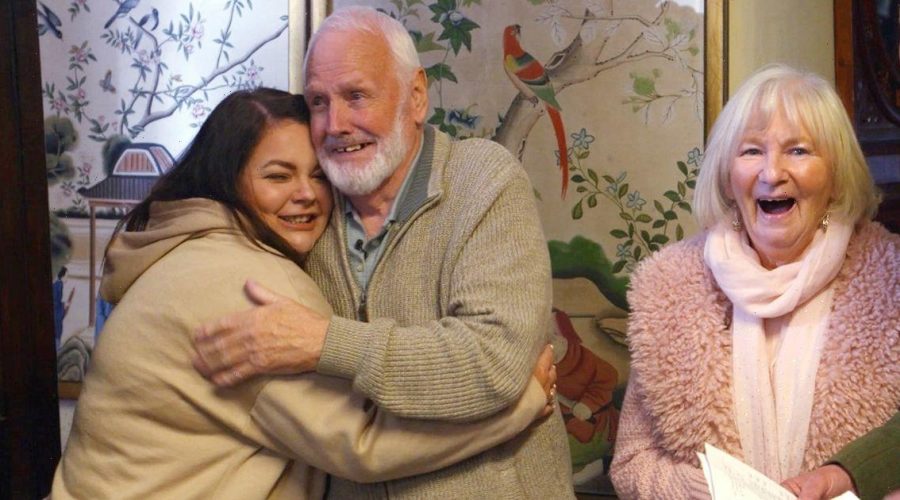 One lucky couple has smashed records on Cash in the Attic as they raked in a huge sum of £51k for a haul of rare banknotes.

Vic and Janet, a retired couple from Bristol, made show history when they netted the life-changing sum on Monday's edition of Channel 5's Cash in the Attic (September 5).

The great grandparents, who are also life-long collectors, appeared on the hit bargain show with their granddaughter Danielle Smith, but the trio had no idea just how much money they'd make in the auction room.

Retired builder Vic discovered the haul of 100-year-old banknotes over 30 years ago, whilst renovating a two-bedroom house in Beaminster in Dorset.

The nine white bank notes, which date back to 1916 and 1918, had been kept and forgotten by the homeowner who originally found them.

Janet, a former school science technician, signed up to the show with the hope of raising £3k so she could take 11 family members from four generations on a cruise to celebrate their Diamond Wedding Anniversary.

The couple, who have just become great-grandparents to baby Freddie, have been together for 58 years, so they wanted to raise some money for the holiday before the landmark anniversary.

Vic thought £3k was too steep a sum, so he and Janet were shocked when the first note sold for a whopping £8k.

Vic said: "I have been dying to know a little bit about these notes. I was a builder and bought a house in Beaminster. And we were doing it up and I happened to walk beneath the stairs and there was a hole and I pulled this tin out (containing the notes). It was thirty-two years ago."

Each of the individual notes sell for a four-figure sum and the three five-pound notes are sold as one lot for an incredible £16k.

The mystery buyer turned out to be the President of the International Bank Notes Society.

Appraiser David Fergus said: "To find one Bank of England white £5 note is unusual, to find this many, and the £10 note it's unheard of. I've never come across this before. It's absolutely incredible.”

Asked how excited he was, Paul said “On a scale of 1-10, it’s 11. I have never seen nine Bank of England white notes in the same place at the same time.”

Janet was absolutely gobsmacked, admitting she never dreamed of making so much money from the old bank notes.

She said: "Never in my wildest dreams did I ever expect those notes to get that sort of money. And now from a very simple Diamond Wedding celebration with the family, I am hoping I can take them all on a lovely cruise."

When she was told of the final total raised – a series record of £51,489 – she added: “We can have a cruise and hopefully put some money in our retirement pot. It’s absolutely amazing."

Closer inspection revealed eight of the notes were issued in the local mint in Bristol and one in London.

White bank notes from that period in London are quite common, fetching approximately £50-100, but Bristol-issued notes are much rarer.

See Vic and Janet’s incredible story in tonight’s Cash in the Attic, 6pm on Channel 5.