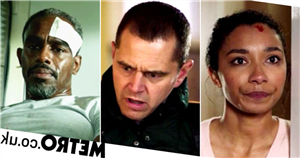 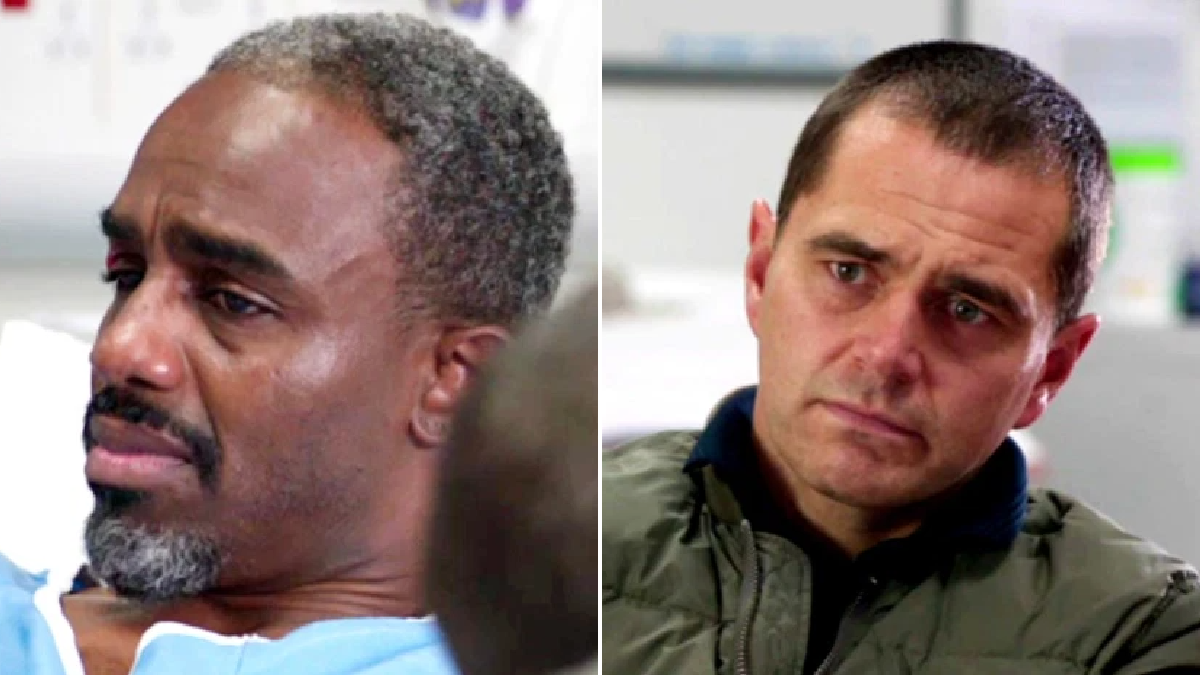 Iain (Michael Stevenson) is gradually adopting the place former held on Casualty by Charlie Fairhead (Derek Thompson) – the person everyone can rely on for a wise word, good advice, practical help and a supportive shoulder to cry on.

All of this makes him the perfect choice to be anyone’s best man. It was lucky for Jacob (Charles Venn) that his first pick for best man was unavailable and he asked Iain instead. The warning signs about Jacob’s relationship with Tina (Adele James) have been obvious to viewers for a long time now, but so far they’ve kept their problems hidden from their friends and colleagues.

No sooner had Iain agreed to be Jacob’s best man than he saw Tina in the car park with a cut on her head. What he hadn’t seen was that this was self-inflicted in frustration after Tina had had an argument with Jacob about their wedding plans.

It was natural that Iain should have suspicions about Jacob being violent to Tina, and she certainly led his thinking that way without saying anything direct. When Iain found anger management leaflets in Jacob’s office he assumed that Jacob had got them for himself. When confronted, Jacob tried to take the blame and said he’d lashed out at Tina.

When a call came in to Jacob and Tina’s address, Iain feared the worst. The door was answered by Tina, who had wounds on her hands. She tried to tell him that Jacob wasn’t there, but a noise inside the house made Iain push past her – and he found Jacob with a wound to his abdomen from a broken beer bottle.

Even then, Jacob tried to tell him it was an accident but by then Iain had the full measure of the situation. ‘I don’t know what this is but it’s clearly not working,’ he told Tina, telling her to leave the house otherwise he’d call the police. He talked to Jacob, telling him, ‘It’s not about being weak or strong, it’s about admitting that something isn’t right.’

Is this the end of the story? Tina is still employed in the ED – will she try to get back into Jacob’s life again? And how will she behave towards Iain?

After a day in which Jade (Gabriella Leon) impressed Stevie (Elinor Lawless) with her excellent nursing skills and her attitude, Jade told her about the incident that made her want to be a nurse. This was the accident we saw in the first episode of the series, where Stevie’s sister was injured when a lorry crashed into her car. Jade told Stevie how she’d saved the woman in the car’s life.

Stevie didn’t let on that it was her sister and later Jade let her into a secret. Jade had been messing about in her boyfriend’s car and distracted him, which she felt had been the cause of the accident in the first place.

The new series begins Saturday 8.45pm on BBC One. pic.twitter.com/ssSalGwZkI

Stevie’s face as Jade was telling her this was shocked, upset and angry – but again she didn’t tell Jade her connection to this accident. We were left wondering whether Jade has now joined Ethan (George Rainsford) in the ranks of people that Stevie wants revenge against.

And Teddy (Milo Clarke) showed his genuine kindness and compassion again when he and Iain were called to help a homeless man.

04/09/2021 TV & Movies Comments Off on Casualty review with spoilers: Tina exposed as Iain finds out about her abuse
Lifestyle