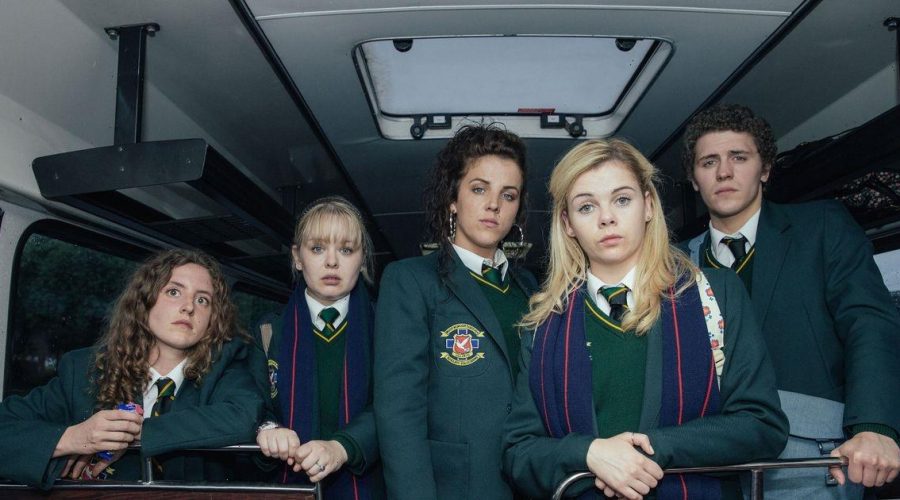 The writer and creator of Derry Girls, Lisa McGee, shared an emotional Tweet on Thursday, September 23, as she said a heartfelt goodbye to Irish comedy as they begin filming the last of the Channel 4 series.

She wrote: “My Statement about #DerryGirls. What a ride!” along with a graphic image for her 82.3k followers.

On a graphic image of the characters on the show, along with DERRY GIRLS SERIES 3 IS COMING she wrote: “It was always the plan to say goodbye after three series.

“Derry Girls is a coming of age story; following five ridiculous teenagers as they slowly….very slowly…start to become adults, while around them the place they call home starts to change too and Northern Ireland enters a new more hopeful phase – which was a small, magical window of time.

“Derry Girls is a love letter to the place I come from and the people who shaped me.

"It has been an honour to write it and I will be forever proud of everything its achieved.

“I’d like to thank the people of Derry and Northern Ireland for getting behind us.

“Thanks also to the team behind the series, the incredible Hat Trick productions and a special thanks to Channel 4 – the channel I grew up watching; the channel that made me want to write comedy and the only channel that could have made our show.

“Who knows if Erin, Clare, Orla, Michelle and James will return in some other guise someday but for now this is it for us and we’re excited to start filming this series with our incredible cast and crew to hopefully take our loyal fans on one last adventure.”

She signed it off: “Derry Girls creator and writer, Lisa McGee”

Fans left their sad comments at the news as teary comments flooded in.

One wrote: “With the premise of Derry Girls, I knew this day would be coming, so instead of groaning BUT WE WANT TEN MORE SERIES' I'm going to say thanks for three wonderful outings

Another had hopes of a mega long third series, saying: “season 3 better have 100 episodes”

A fan respectfully replied: “I'm obsessed with this show. I've watched the first two seasons multiple times. Thank you for writing this! I really respect a creator who knows when something has run its beautiful course. I look forward to whatever you create next, if you choose to do so.”

One fan simply said: "Thank you for giving us Derry Girls."

An emotional fan couldn't hold back tears at the news, saying: “Excuse me while I go for a little cry.”