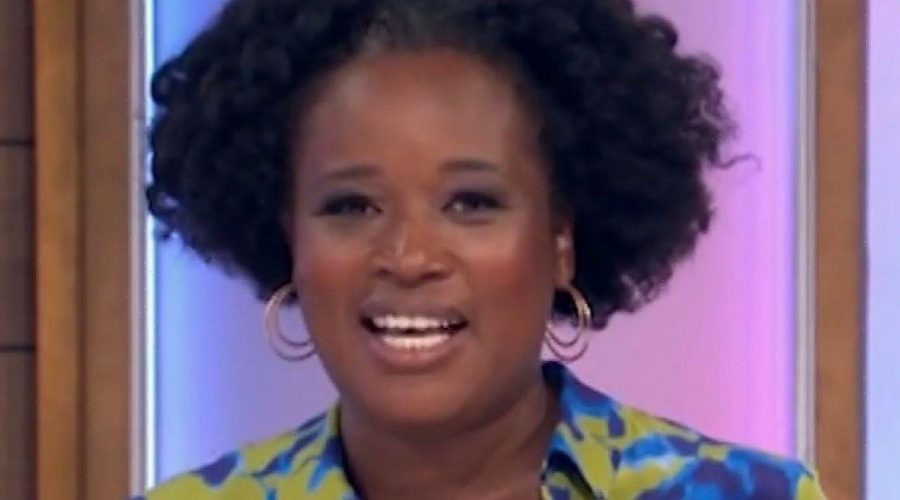 Loose Women panellist Charlene White has taken to Twitter to praise her ITV colleague as she leaves the broadcaster for a different job.

The 41-year-old congratulated Rachel Corp, current editor of ITV News, as she plans to move to ITN for an “even bigger role”.

Loose Women’s Charlene White shared the news with her 63,200 followers: “Congratulations to our current ITV News Editor Rachel Corp who’s about to take on an even bigger role as CEO of ITN!”

The tweet read: “We’re delighted to announce that Rachel Crop has been appointed as our new CEO. Rachel is currently Editor of ITV News and will take up her new role in September.”

Rachel also tweeted about her upcoming move and basked in the praise.

She said: “Deeply honoured to be taking the reins as CEO of ITN at such a critical time for news and journalism, as well as an incredibly exciting stage of ITN’s wider development.”

Rachel also praised the network as having a “huge wealth of talent and creativity” before admitting she is “proud” to be “leading the organisation she cares so passionately about into its next chapter.”

Fans flocked to reply and revelled in the exciting news with the future CEO.

A kind fan said that it was a “brilliant appointment” which she “widely deserved”.

Another tweeted their “huge congratulations” to Corp and called it “amazing news,” then signed off with a “love you” message and two kisses.

ITN produces news for ITV, Channel 4 and Channel 5, where Rachel is set to replaced current CEO Deborah Turness in September.

Deborah will then move on to the BBC as CEO of News and Current Affairs which was announced earlier this year.

Rachel’s role in the company has been widely praised throughout her leadership as ITV has been the first broadcaster to break major stories such as the Partygate scandal and reported into substandard conditions in UK council housing.