Chernobyl episode five airs Monday, June 3 on HBO and Tuesday, June 4 on Sky  Atlantic. The next episode will be the final instalment in the incredible miniseries. One man who has been in the drama since the beginning is Anatoly Dyatlov, who was a real person and really was present at the time of the disaster. He is played by Paul Ritter in Chernobyl.

Who is Anatoly Dyatlov?

Anatoly Dyatlov was the deputy chief engineer of the Chernobyl Nuclear Power Plant.

In 1973, after a career in shipbuilding and submarines, Dyatlov moved to Pripyat in Ukraine to work at the Chernobyl Nuclear Power Plant.

He did have experience in reactors, having installed them in the summaries in the Soviet Far East.

He was one of the most experienced and senior managers at the Chernobyl plant and was in charge of units three and four.

Nuclear reactor number four was the one that exploded on April 26, 1986. 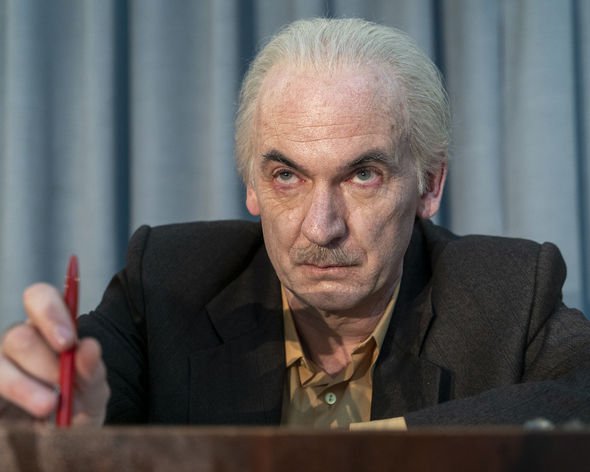 Dyatlov was also the supervisor in charge of the fatal safety test which caused the 1987 Chernobyl disaster.

During the test, a power-failure took place which led to the emergency safety and power-regulating systems of the reactor being intentionally turned off.

The reactor was supposed to run at 25 percent capacity during this test but fell to less than one percent.

As a result, the workers slowly increased the power levels and moved the control rods inside the reactor core which was already severely unstable.

These actions were strongly against the plant’s safety guidelines.

HOW HISTORICALLY ACCURATE IS CHERNOBYL? 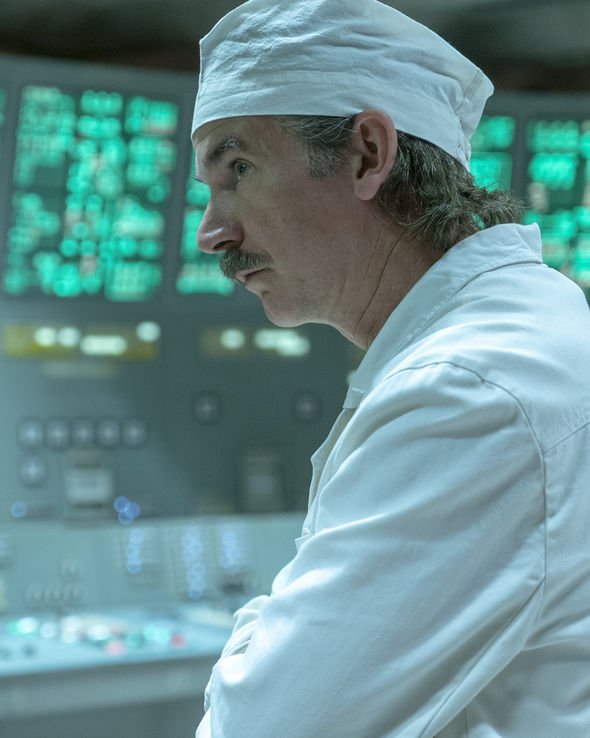 The explosion released 400 times more radiation into the air than was released after the atomic bomb of Hiroshima in August 1945.

Many of Dyatlov’s staff died as a result of the acute radiation poisoning and the firefighters who responded to the disaster.

Two people died as a result of the initial explosion and approximately 29 firefighters died in the two weeks following the explosion from Acute Radiation Syndrome.

The official death toll varies, with many more expected to have died from long-term health implications as a result of the disaster.

As seen in episode one of Chernobyl and throughout the miniseries, Dyatlov continues to deny any responsibility for the explosion and plays down the repercussions of the disaster, despite himself suffering from radiation poisoning.

According to Dennis Nolan in Loss Prevention and Safety Control: Terms and Definition, Dyatlov received a radiation dose of 390 rem, which usually uses death in 50 percent of those affected after 30 days.

Remarkably, Dyatlov survived the explosion and the subsequent radiation poisoning.

In 1987, Dyatlov alongside Nikolai Fomin and Viktor Bryukhanov were found guilty of gross violation of safety regulations which lead to the explosion.

All three were sentenced to 10 years in prison but Dyatlov was released after five years.

Until his death in 1995, Dyatlov continued to blame poor plant design, rather than plant personnel as the cause of the disaster.

He even wrote his own book called Chernobyl: How it happened.

WHEN DID CHERNOBYL EXPLODE? 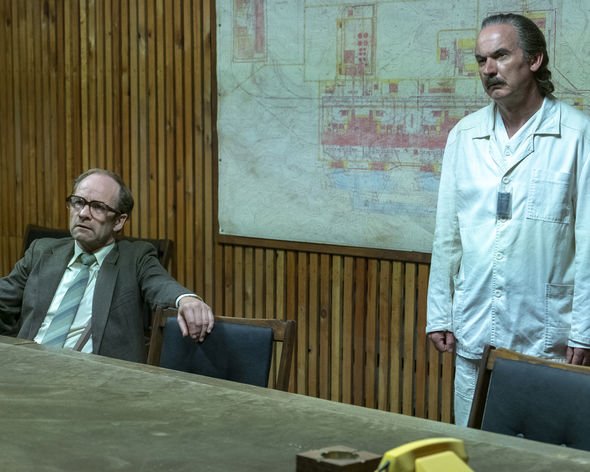 Who plays Anatoly Dyatlov in Chernobyl?

Ritter is a well-known stage and screen actor, best known for starring as Guy Haines in Quantum of Solace and Eldred Worple in Harry Potter and the Half-Blood Prince.

He is perhaps most recently known for playing Martin Goodman in Friday Night Dinner alongside Inbetweeners star Simon Bird.

On stage he has starred in Coram Boy, The Curious Incident of the Dog in the Night-Time and as John Major in The Audience.

Chernobyl airs Mondays on HBO and Tuesdays on Sky Atlantic.

31/05/2019 TV & Movies Comments Off on Chernobyl cast: Who is Anatoly Dyatlov? Was Dyatlov a real person?
Lifestyle