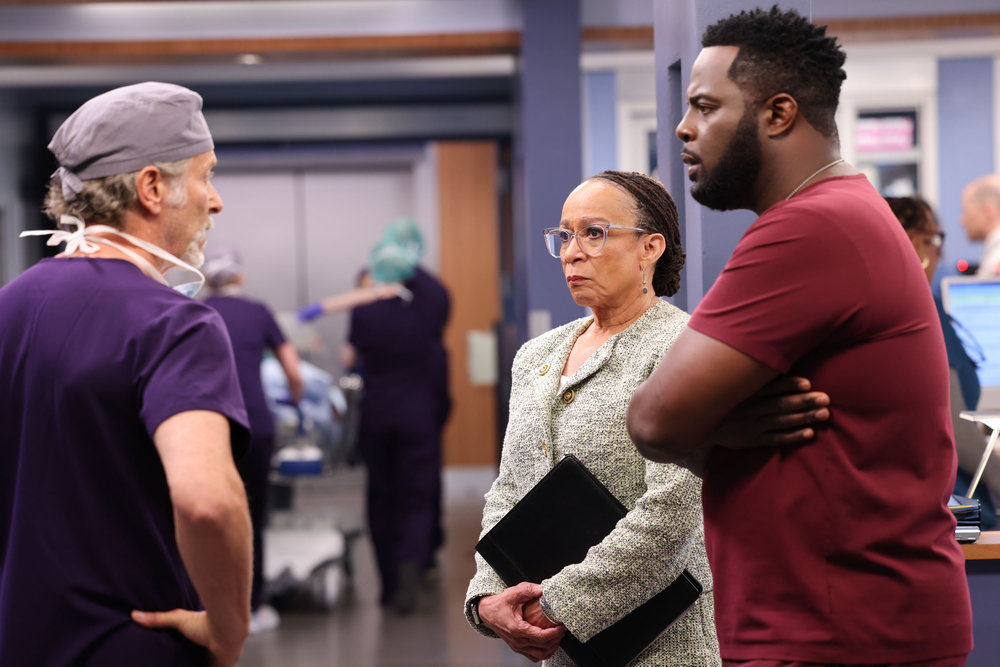 NBC’s Chicago Med returned for its eighth season tonight and while there will be a sad goodbye said to a series regular, there was also a shocking return in the final beats of the episode worthy of celebration.

And so is the life of emergency service workers—unpredictable and often complicated and tough. But as the seasons unfold, what’s always certain is that Gaffney Chicago Medical Center knows how to always bring on the drama.

Golden Globes Returning To NBC In 2023 On One-Year Deal

All four make it to the ER but not everyone is in good shape. Milena/Jo, who was accidentally shot by Dylan when he attempted to defend her against a member of the Serbian mafia, dies on the table leaving Dylan absolutely devastated. Moments before she passed, she told Dylan not to blame himself for her death but it was not a request he can fulfill.

After joining the series in Season 7, Lockard has officially exited the series.

Crockett Marcel (Dominic Rains) is still reeling in the aftermath of his decision not to help his love interest, Dr. Pamela Blake (Sarah Rafferty) when she had a critical operation and left him as her power of attorney. Disappointed and disillusioned, Crockett attempts to remove himself from working in transplants but Sharon Goodwin (S. Epatha Merkerson) lets him know he’s too far gone in his training for him to exit the program.

For now, Blake is sidelined from surgery due to her injury and as a result, Rafferty will also no longer appear on the series. 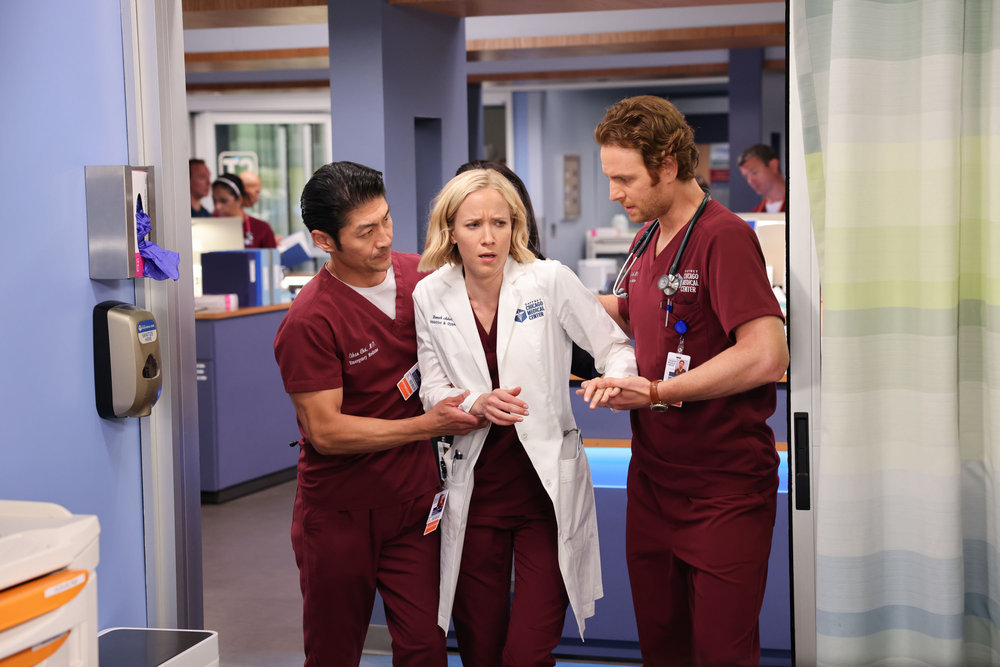 Hannah is alive and well but is wheezing, leaving Ethan Choy (Brian Tee) to investigate the matter further. Even though she’s been sober for at least two years, Hannah is suffering from interstitial disease, a result of her years as a heroin addict that was triggered as a result of the fire inhalation.

Dr. Choi has been dealing with plenty since the death of his father but was gifted a very big surprise as the episode concluded. While visiting his father’s final resting place, he bumped into April Sexton (Yaya DaCosta), his former love.

Dean Archer (Steven Weber) also gets a surprise, he receives a collect call from his estranged son Sean Archer who is currently incarcerated.

Deadline spoke with executive producers Diane Frolov and Andrew Schneider to discuss the above events and what it means for the future.

DEADLINE: Yaya DaCosta’s return was such a big surprise! Is she back for good now?

DIANE FROLOV: Let’s just say she’s coming back and we’re going to resolve the Ethan/April relationship in a way that we hope will make you dance.

DEADLINE: That sounds very positive! Would you say that maybe they needed some time apart to get to where they’re going? Could something sad like Ethan’s dad’s passing bring them closer together?

ANDREW SCHNEIDER: That’s exactly right. They both needed time to grow and change.

DEADLINE: With that joy, there’s also a little sadness with Guy’s departure. Was that always the plan?

FROLOV: Well, we came to the end of his story. We felt that we had told his story in the same way that we told Stevie’s (Kristen Hager) story. This was a story about a doctor who continually had conflict with his history as a cop. And now the death of his girlfriend leaves him really shaken up and it put him on a new path, a different path. But as you’ve seen with April and some of our other characters, just because people go doesn’t mean they stay away.

SCHNEIDER: Guy was so good on the show and a great guy to work with. We would welcome him back anytime.

DEADLINE: It was also devastating to lose Stevie when she decided to go back to her husband when Halstead was right there!

SCHNEIDER: I mean, she could leave her husband too.

FROLOV: That’s the fun of having a large cast who play doctors because a lot of this happens in hospitals.

DEADLINE: Is that case Halstead and Sharon were working on over with or will we see the trial this season?

SCHNEIDER: We’re actually going to take Will and Goodwin in a slightly different direction. In a way, we’ve put that story to bed. But those two will be involved in more shenanigans together.

FROLOV: There is an aftermath for Will with everything to do with his apartment.

DEADLINE: While we’re on the topic of Halstead, his younger brother Detective Jay Halstead from Chicago P.D., is about to be written off somehow with Jesse Lee Sopher exiting the show. How will Med‘s Halstead deal with that?

FROLOV: We have a moment with Will in terms of that and that he’s missing his brother.

SCHNEIDER: And Goodwin is sympathetic. We don’t see Jay on [Med] but you do feel the emotional impact of his leaving.

FROLOV: Well, [Will’s] hopeful about it.

SCHNEIDER: And he’s also hopeful about his future.

DEADLINE: He’s been going through a lot and now with his building being burned down, will he finally find his footing again?

FROLOV: He’s going to come out of this and you’re going to see that in episode 2. A big part of his storyline initially is going to be about hospital shortages, which may seem a little boring but it has such a huge impact on our doctors when they can’t get the medicine or the equipment that they need. It raises all kinds of ethical dilemmas like when deciding who gets what.

SCHNEIDER: As will Goodwin who is going to have to mediate between her doctors who are fighting at times over scarce supplies.

DEADLINE: What can you tease about Crockett and Pamela and their future?

SCHNEIDER: Let’s just say, they’re both dealing with the aftermath of the decision he made in the finale regarding her surgery. There are major repercussions for both of them going forward.

DEADLINE: Will she be here this season?

FROLOV: No, she will not. She’s gone away to rehab. We will reference her but we won’t see her.

SCHNEIDER: But certainly down the line she could come back. Again, it’s an open-ended thing but he has to deal with the emotional fallout from that decision he made.

FROLOV: We’ve got plans for him down the line regarding his love life but this season you’ll see him become Chicago Med‘s celebrity doc. And he’s got some great transplants coming up.