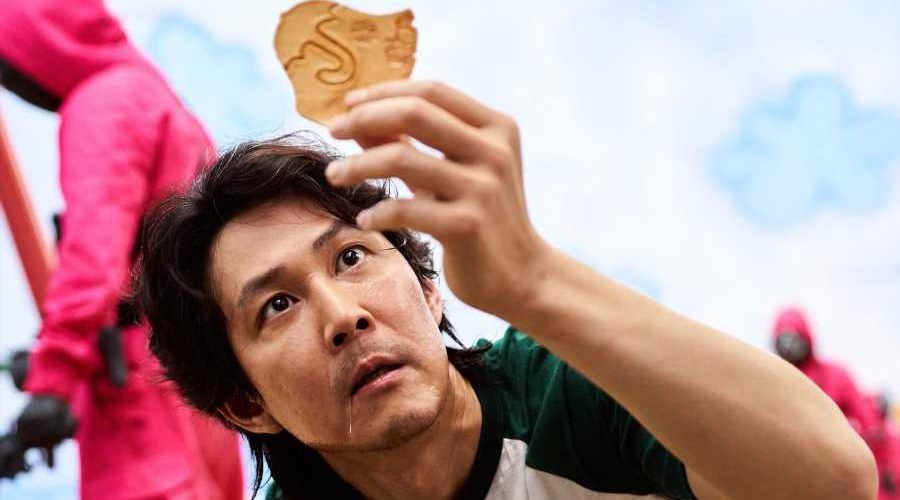 Model, cookbook author, and beacon of controversy Chrissy Teigen is in the public hot seat once again this week after hosting a Squid Game-themed party last weekend complete with a giant piggy bank filled with money and a cadre of schoolyard games. Still, if what many are calling a “tone-deaf” event misses the point of the popular Netflix show, Teigen’s not alone — just head to any mall or Google “Squid Game merch” if you need proof.

Teigan posted a series of photos of her party to Instagram the other day, captioned: “Where do I even begin!! What an absolutely epic night. My dream came true of watching my friends fight to the death! Dunk tank, musical chairs, hide and seek followed by a very riveting final game of pin the tail on the donkey. @wifeoftheparty you truly are the best and have THE BEST team ever. Thank you thank you thank you!! More pics to come!!”

Here's What You Missed From 'Squid Game's English Subtitles

New Moral Panic Alert: The Kids Want to Dress Up as 'Squid Game' for Halloween

'Silence of the Lambs': 'It Broke All the Rules'

The commenters were quick to point out that there’s something, well, off about that party theme. After all, the South Korean drama was about a bunch of down on their luck folks who would rather risk being shot during a game of “Red Light, Greenlight” than face being ground under the boot of debt in the real world. “Why do rich people always miss the whole entire point?” one commenter wrote, while another summed it up pretty succinctly, “This is so beyond tone-deaf as a millionaire to invite your rich friends over and reenact Squid Game, which is rooted in the violence of capitalism.”

Teigan may have the cash to really mangle the point of the show, but 24,161 search results on Etsy for “Squid Game” indicate she’s not the only one missing the message about the dangers of capitalism. For only $141, you can dress up like Seong Gi-hun and the rest of the hapless competitors in that signature green tracksuit. A mere $12 will get you a bag of marbles exactly like the ones Cho Sang-woo replaced with rocks to trick Abdul Ali in one of the most heart-breaking scenes in the show. Christmas ornaments, plush toys of the murderous guards, jewelry, something called “croc charms” — the list goes on. And that’s only on Etsy, which, notably, also features a lovely array of serial killer merch.

20/11/2021 TV & Movies Comments Off on Chrissy Teigen Misses Point of 'Squid Game' With Lavish Party, But She's Not Alone
Lifestyle