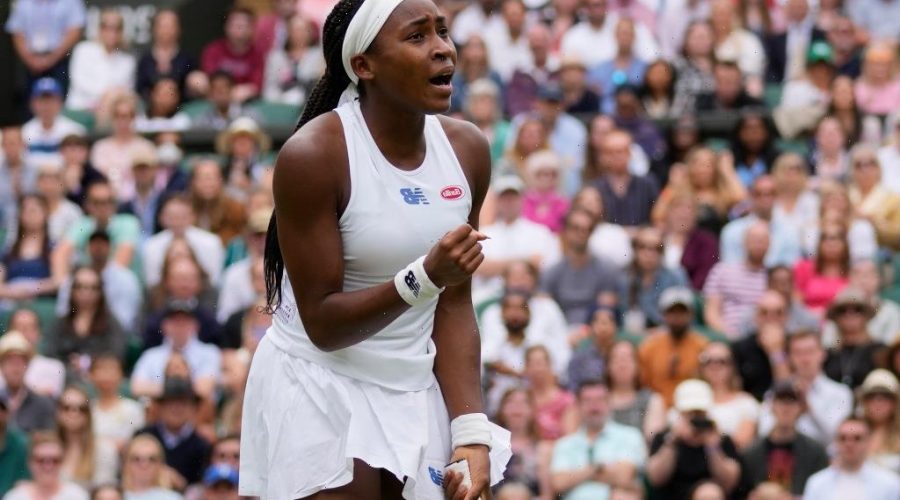 Coco Gauff tested positive for Covid-19 and as a result, pulled out of competing at the Tokyo Olympics where she was set to lead the U.S. Olympic tennis team. The news comes days before the July 23 opening celebration amid an ongoing global pandemic that has forced the home country to make multiple modifications including eliminating the presence of audiences at the games.

“I am so disappointed to share the news that I have tested positive for COVID and won’t be able to play in the Olympic Games in Tokyo,” Gauff tweeted via Twitter on Sunday. “It has always been a dream of mine to represent the USA at the Olympics, and I hope there will be many more chances for me to make this come true in the future. I want to wish TEAM USA best of luck and a safe games for every Olympian and the entire Olympic family.”

Australia is also down a player on its national team after tennis star Alex de Minaur was forced to withdraw after testing positive for Covid-19.

Many cases of Covid infection have been caught at the Tokyo airport shortly after arrival, as was the case with Ryu Seung-min of South Korea, the first official from the International Olympics Committee to be affected. But there are positive tests from competitors and staff residing in Tokyo’s Olympic Village and related venues in participating cities, too.

South African soccer stars Thabiso Monyane and Kamohelo Mahlatsi (vaccination status unconfirmed) are currently in isolation onsite alongside video analyst Mario Masha, all three of who tested positive for the virus, according to a message shared by the South African Sports Confederation and Olympic Committee.

The rest of the team has so far tested negative. South Africa’s soccer team is set to face Japan on Thursday. Neither Monyane and Mahlatsi will be able to compete unless their team qualifies for the semifinals.

South African rugby coach Neill Powell, who was fully vaccinated, tested positive and is in isolation in Kagashimo where the team was in pre-game training camp. He will miss the rugby competition.

These are just a sampling of those affected directly tied to the games, a fact that has the local population worried. Protestors continue to rally against the Olympics as Covid infections continue to multiply.

“I understand that there are still many worrying factors. Organizers must try to make sure that people will understand that these games are safe and secure,” Tokyo Olympic and Paralympic organizing committee president Seiko Hashimoto said at a recent press conference.

Read Gauff’s statement in full below.