Evelyn (played by Maureen Lipman) has become a firm favourite on Coronation Street since she arrived on the cobbles last year as the grandmother of ITV soap stalwart, Tyrone Dobbs (Alan Halsall). The battle axe has ruffled a few feathers in Weatherfield with her no nonsense attitude, which she exerted towards Jade (Lottie Henshall) on her arrival to the Dobbs household last week. However, tonight’s episode saw the pensioner soften towards the newcomer as she revealed more about her past, but could this be a huge mistake as Evelyn ends up dead?

Tonight’s double-bill began with Evelyn still sceptical about Jade’s motives towards her family after she was drafted in by Fiz Brown (Jennie McAlpine) to help with her daughter Hope Stape (Isabella Flanagan).

The former Underworld knicker stitcher first met the cobbles newcomer in Birmingham, where the mother had taken her daughter to in order to get to the bottom of her behavioural problems.

Evelyn was still dubious about Jade despite the shifty character preparing a continental breakfast for the family.

Following a lunch with Tyrone in the Rovers Return, it seemed the shop keeper’s woes had been confirmed when she found her new house mate rummaging around the cupboards at the family home. 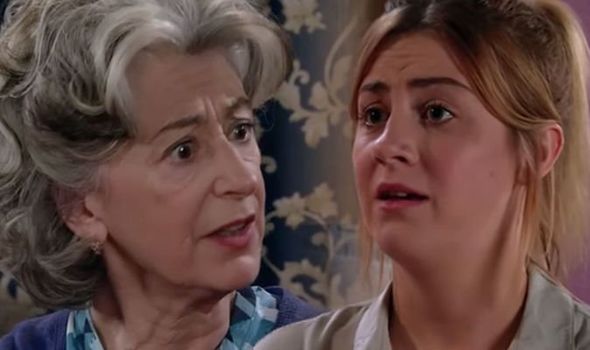 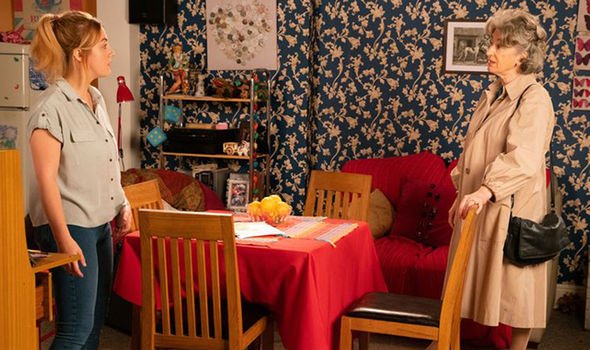 When questioned why she doing so, Jade came up with an excuse she wanted to find a picture of the family she could get framed as a thank you for letting her stay with them.

Evelyn still wasn’t convinced until the newcomer revealed she’d recently split from her fiancé who had been horrible to her, citing Fiz as the person who helped her escape her troubling situation.

The pensioner seemed to have been won over by her new housemate, which even Fiz was surprised by when she walked in on the pair having a heart-to-heart.

Seeing Jade for tearful, the former factory worker asked of Evelyn: “What have you done? What have you said to her?” 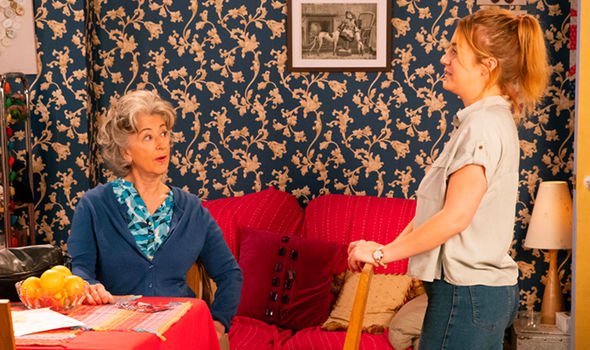 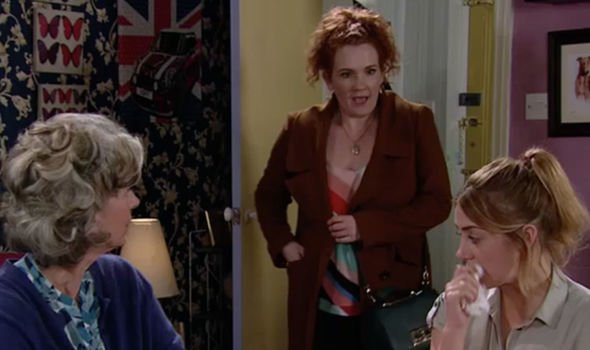 I know I can trust her

“Me? Nothing,” the pensioner exclaimed, with Jade going on to confirm to Fiz the shop keeper had done her no harm.

What most surprised Hope’s mother however was the newcomer had opened up about her troubled past.

“Stupid really. I was telling Evelyn about my ex and then…” Jade recalled, before Fiz interjected, asking: “You told her?

“I thought you didn’t want anyone to know,” she continued, to which her daughter’s teacher replied: “I know I can trust her, like I trust you.”

This may have seemed like a kind hearted remark, however, Friday’s hour long edition of the soap teased Jade’s dark side as she drew Fiz’s hair on a character Hope had implied was dead on a picture she’d drawn.

With the newcomer opening up about her past to only one other person than Fiz, could Evelyn be in danger of being killed by Jade as she falls for her butter wouldn’t melt charms?

Later in tonight’s instalment, Hope’s teacher took the family out for dinner and after stating Fiz and Evelyn should return home, she defied the mother’s order not to give her daughter too much ice cream.

It seems Jade’s secret could be a lot closer to home than the former factory worker may believe as fans have been speculating she could be a relation of Fiz’s killer ex-husband.

Before he himself was killed in 2011, John Stape (Graeme Hawley) committed a series of murders in Weatherfield.

Following recent episodes, fans have since taken to social media with their theories about the newcomer possibly having a link to the cobbles killer.

One posted: “I’ve called it. Jade is gonna trick hope into killing Fiz. It was revealed by the fact that the scribbled the ginger hair on the drawing.”

Another added: “So here’s my theory.. Jade will be some relation to John Stape.. my guess is his sister who will try to kill [Fiz].”