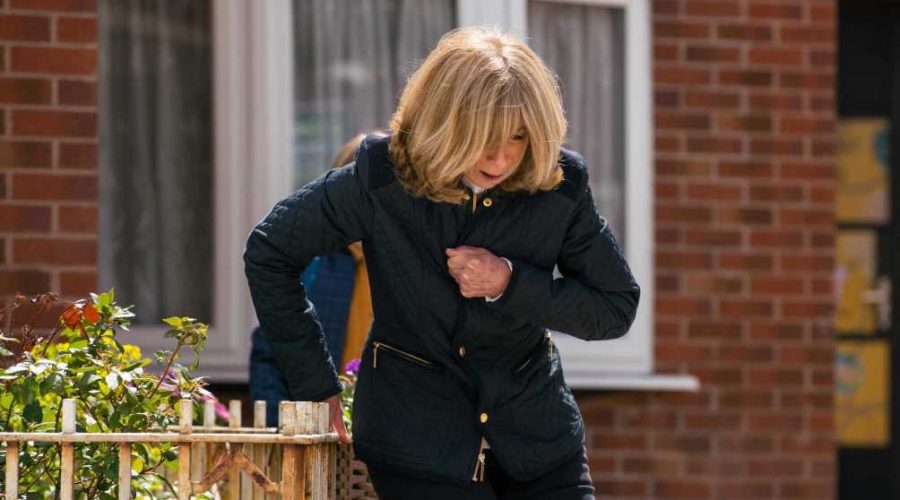 GAIL Platt suffers a heart attack next week in Coronation Street after a row with her son Nick Tilsley over Leanne Battersby’s gang war.

Leanne bravely gives evidence against drug dealer Harvey in court this week in the ITV soap, despite his threats to harm her family.

But it all proves too much for Gail next week as David puts pressure on her to let Sam see his dad Nick.

Gail insists she has to respect Natasha’s wishes and tells David she’s got to keep them apart for now.

Meanwhile, Nick tells Sarah he’s going to sell his shares in the factory as he wants to be able to support Leanne. 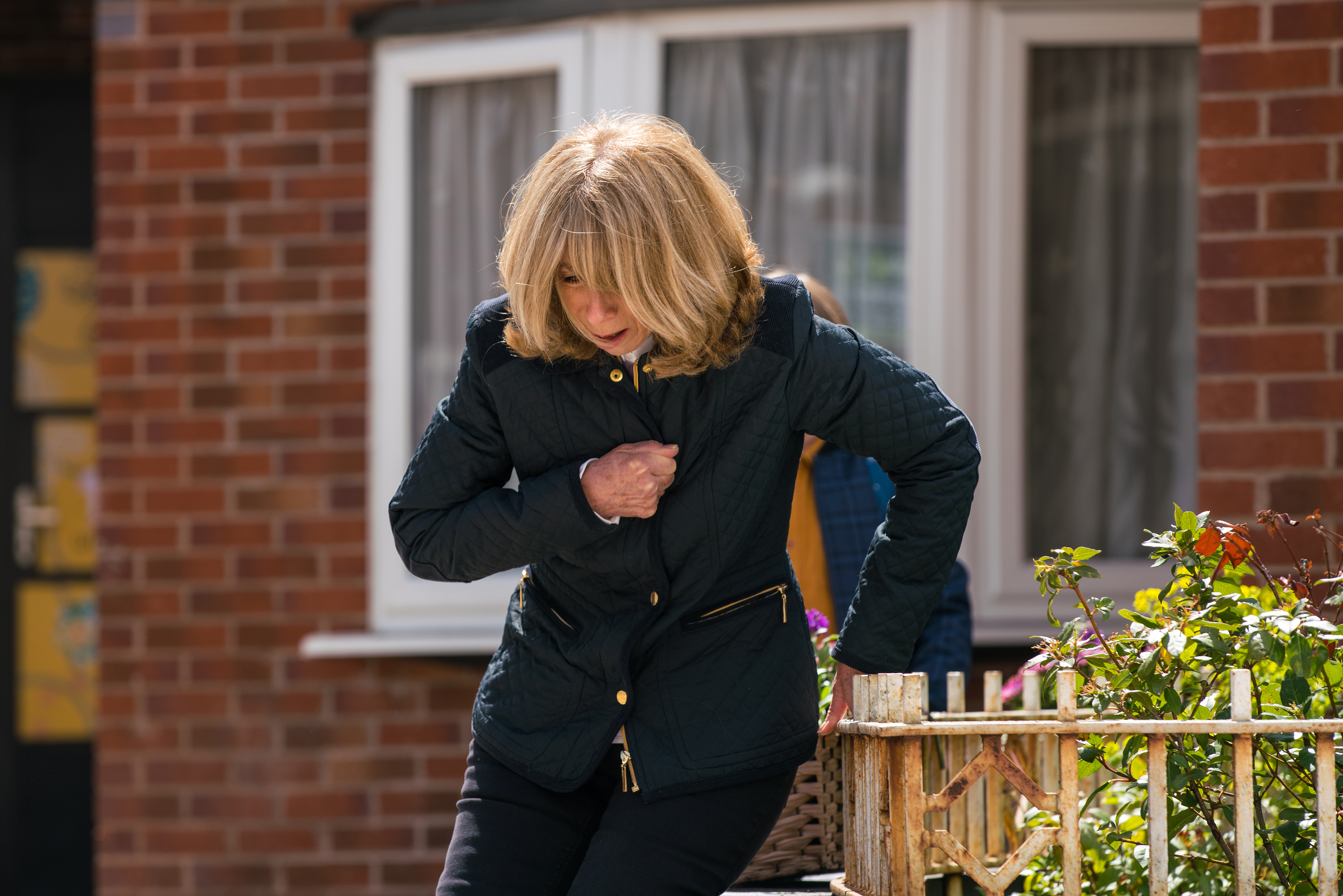 She’s furious and, as a row breaks out, she doubles over and clutches her chest in pain.

As they wait for an ambulance, Gail accuses Nick, Sarah and David of causing her heart attack with their bickering. 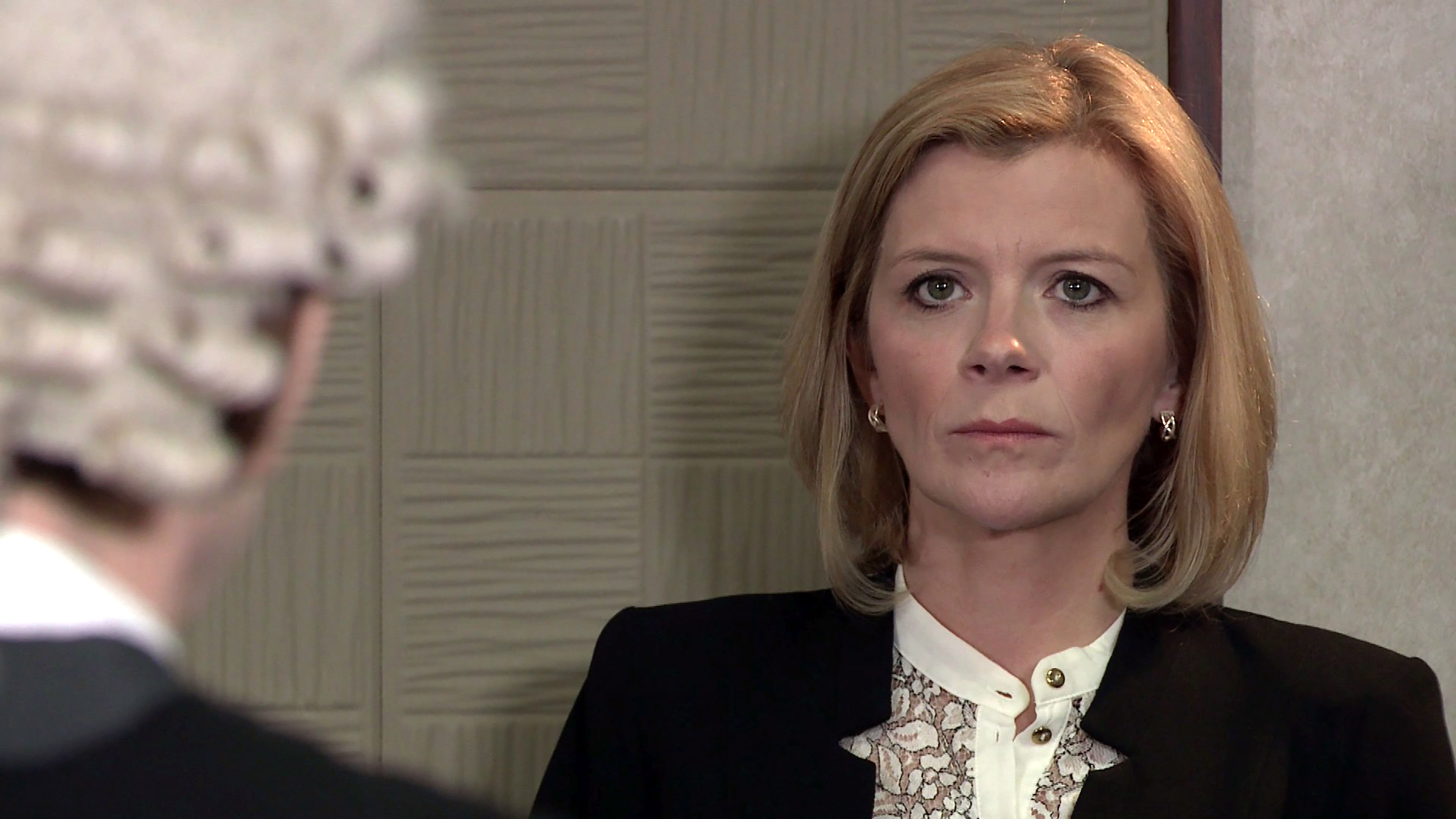 Gail will urge Nick to dump Leanne this week in the ITV soap over her gang war as Harvey’s trial kicks off.

In a shock twist, Harvey’s aunt Sharon turns against him when she’s called as a witness, giving a damning report of the drug dealer’s evil nature.

Leanne will then enter the witness box and also give evidence against Harvey.

"She’s already lost a child and been through the worst thing that is ever going to happen so what could be worse than that? That’s when we see her strength forming again and she becomes a little bit of the old Leanne, which I always love!

"Obviously she's been through it with Oliver and that was intense in terms of acting, they were the best scripts I’ve ever had and she still kept that strength which I really loved.

"She might not have made right decisions at times, but I love they stayed true to that inner Battersby.

"She’s grown up and is a lot more sensible than she used to be but the writers always remember where she’s from and I’m really keen to keep hold of that. We see old Leanne twinkling in the eyes at the court."