Coronation Street is renowned for epic storyline twists, and it seems Michael Bailey (played by Ryan Russell) is in store for one in upcoming weeks. His ex-partner Grace Vickers (Kate Spencer) has recently arrived in Weatherfield with daughter Tianna and it seems her true identity is about to be uncovered. Is she connected to Kirsty Soames (Natalie Gumede) in some way?

From the moment Michael arrived on the cobbles, he has been determined to win Grace back and become a “proper family” once more.

In recent scenes, the former couple have been growing close, but viewers have seen Grace hold back for Tianna’s sake.

And this could be because of who she is connected to.

When asked whether Grace’s introduction was deliberately gradual, the actress revealed: “I think so. 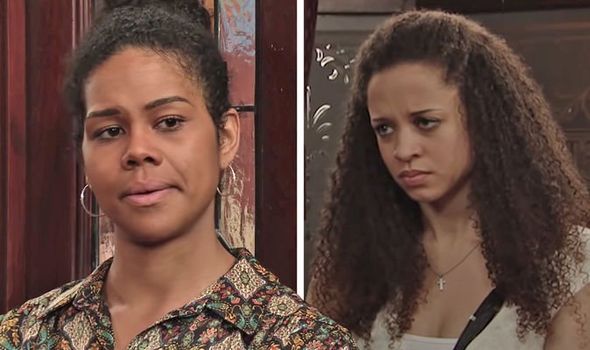 “I think with Grace, a lot of people are very wary, apprehensive and suspicious of her.

“They don’t know what to think, because [she] hasn’t been [around] much, it’s been slow and steady.

“This may give the audience time to reflect and work out where she’s coming from and why she is the way she is because people don’t know,” Kate added.

“There’s so much history [and] I’m so excited for you guys to see.

“[Viewers] have had little droplets [of information but] I’m so excited for when [the reveal] happens and [she is] properly introduced.” 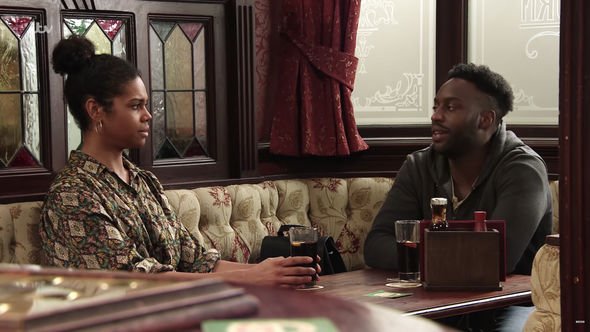 With so many teases as to what’s in store for the character, is there a chance she is related to Kirsty?

Kirsty was last seen on screen in April 2013, when she departed from a domestic abuse storyline.

She served a twelve month custodial sentence for perjury and is therefore, and despite being out of the country, a possibility of her return could be on the cards.

As for Kirsty’s family dynamic, her mother and father were mentioned in previous years. 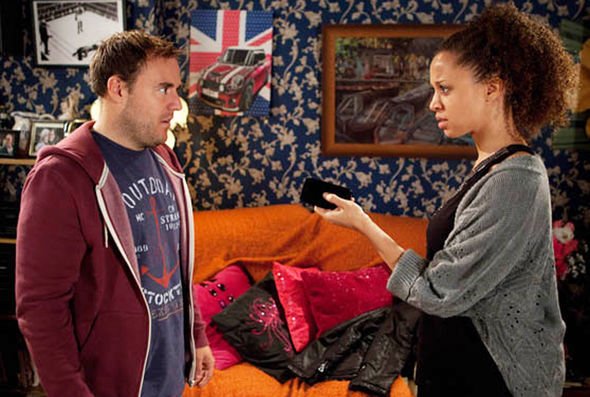 She also shares a daughter, Ruby, with Tyrone Dobbs (Alan Halsall), but has yet to make contact with her recently.

With similar personality traits to Kirsty, are Grace and her sisters?

Viewers have been speculating as to Grace’s real identity.

One said: “Grace off coronation street is a proper nightmare. How does Michael deal pls #coronationstreet.”

“I don’t like or trust Grace. #CoronationStreet,” another said.

A third tweeted: “Why is grace such a t***? She reminds me of tyrones ex kirsty. I wonder when that nutter will be back on the street. Most women would kill for a baby daddy like Michael. #CoronationStreet.”

“Sorry but what is Grace’s problem? Why is she so rude to Michael Bailey? #corrie #coronationstreet,” a fan added.

Coronation Street airs Monday, Wednesday and Friday at 7.30pm and 8.30pm on ITV.