Jim (played by Charlie Lawson) was last seen on Coronation Street back in 2018 after he tried to scam his ex-wife Liz McDonald (Beverley Callard) out of her life savings. In a cruel twist, he made her believe their daughter, who she presumed had died at birth, was still alive before his botched plan came crumbling down around him. Since then, he hasn’t been seen or mentioned on the ITV soap having got away scot-free for trying to cause yet more trouble for his family. However, he could be forced to return and face the consequences of his past mistakes as his grandson Oliver Battersby (Emmanuel and Jeremiah Cheetham) is taken ill.

BREXIT BULLETIN: Sign up for our special edition newsletter with exclusive insight from this week’s crunch talks

Earlier this year, the youngster was diagnosed with the life-limiting condition mitochondrial disease and has been suffering from seizures as a result.

Later this week, the toddler will be admitted to intensive care as his condition greatly deteriorates, leaving him on life-support.

By the time next week’s episode gets underway, Steve McDonald (Simon Gregson) and Leanne Battersby (Jane Danson) will be told there is nothing more the doctors can do for their son.

This will begin the final chapter of Oliver’s short life on the cobbles, which will likely lead to a heartbreaking exit.

However, in one of his darkest hours, will the child’s father call on Jim to return to Weatherfield to say goodbye to his grandson? 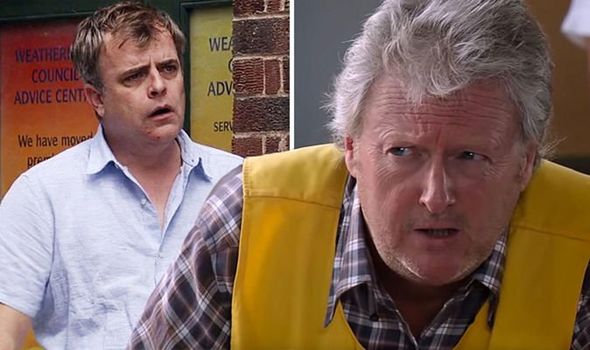 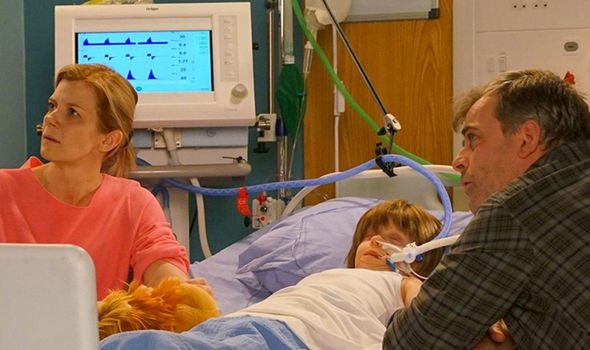 Despite the youngster only being one when Jim was last on the cobbles, they would have spent some time together following the revelation Steve was the boy’s father after a one-night stand with Leanne.

It wouldn’t have been a huge amount of time, but Oliver still would have his and Liz’s first grandson from either of their own children.

Although there is a lot of history between them and with his ex-wife no longer living on the cobbles, the troublesome character could make a brief comeback to support his son.

The Irishman has always tried to look out for the former Rovers Return landlord, even if it hasn’t always come across the right way. 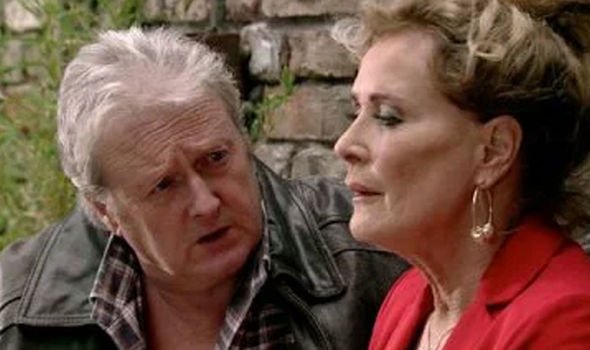 I always hope they’ll bring him back

Can they finally bury the hatchet and make peace before Oliver dies, or will Jim be shown the door as soon as he’s said his goodbyes?

Speaking in a special spin-off of the weeknight serial drama, Coronation Street Icons, Liz actress Beverley, 63, teased her character’s husband could be making a comeback.

Though her alter-ego is now living in Spain, the actress said: “I always want to work with Charlie [Jim].

“We just have this chemistry I love. I always hope they’ll bring him back again,” the soap star continued.

Charlie, 60, who plays Jim also added of his character’s relationship with Liz: “I think people thought, ‘Never mind Burton and Taylor, these two are totally natural and believable.”

Beverley has confirmed her character will be making a reappearance on the cobbles next year to conclude her 31-year story in Weatherfield, but could another opening for her husband to return derive from her own comeback?

It could be the pair reunited abroad and have managed to put the past behind them, much to the shock of their son Steve.

However, having lost his son Oliver, the beloved character could be grateful to have both his parents on the same page to help him through his grief.

It seems fans of the show would like to see the couple reunited as one wrote on Twitter: “I love Jim and Liz together #corrie @itvcorrie.”

Another added: “#Corrie Liz and Jim definitely an iconic couple,” whilst a third posted: “Bring back Jim McDonald #corrie.”

Speaking on Loose Women earlier this week, Beverley also indicated she would like to see her character and Jim “go off into the sunset together”.

So, could it be they cross paths at Oliver’s funeral and decide there is still something between them to pursue?