Leanne (played by Jane Danson) has been living in denial over son Oliver Battersby’s (Emmanuel and Jeremiah Cheetham) condition ever since he was diagnosed with mitochondrial disease earlier this year on Coronation Street. This has led the mother-of-one and her loved ones to seek out different treatment options, with a doctor in Germany willing to take on the case at a cost of £500,000. However, with the situation looking bleaker than ever and as she’s set to discover a secret about her partner Nick Tilsley (Ben Price), the beloved character could end up taking an extended break from the ITV soap to get her head together and who better to help her than Eva (Catherine Tyldesley).

The former Weatherfield resident is currently living in France with her daughter Susie after leaving the cobbles in 2018.

This would be the perfect place for Leanne to vacate too following the drama which unravels on-screen next week.

After getting a consultant in Germany to agree to look at Oliver’s case, the mother-of-one and her son’s father Steve McDonald (Simon Gregson) are given some devastating news.

Following a conversation between the doctors at the hospital – where the youngster is on life-support – and the European clinic, it is agreed the toddler’s condition is too severe to offer experimental treatment.

Eva’s sister is left furious with the medical professionals’ opinion and later vents to Nick about the prospect of losing her son for good, but she might be about to discover he has parental problems of his own. 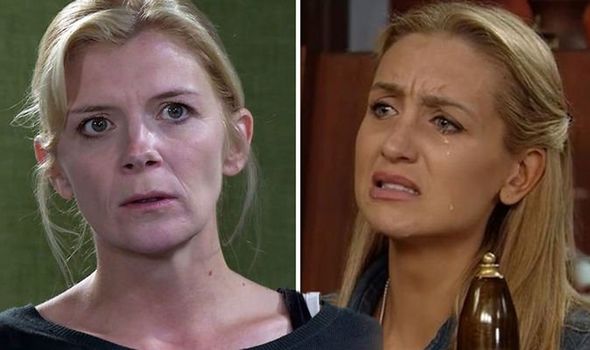 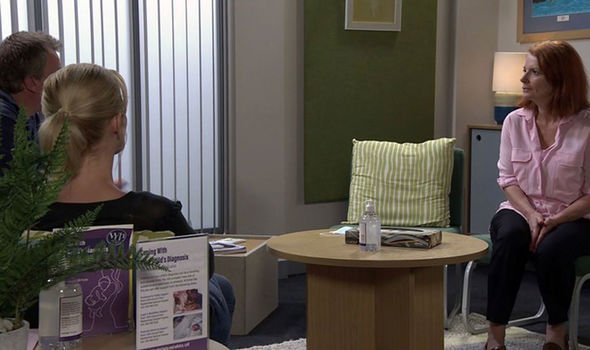 Trying her best not to reveal their brother’s secret, the mother-of-two is forced to explain Leanne’s partner has a secret son.

On learning he has another nephew, the hairdresser tells his sibling to reconsider turning down the opportunity of getting to know his own child.

Trying to put his efforts into his step-son, however, the Underworld Factory owner later pays a visit to Ray Crosby (Mark Frost). 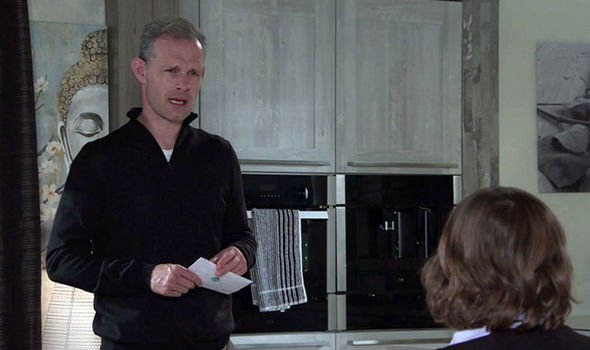 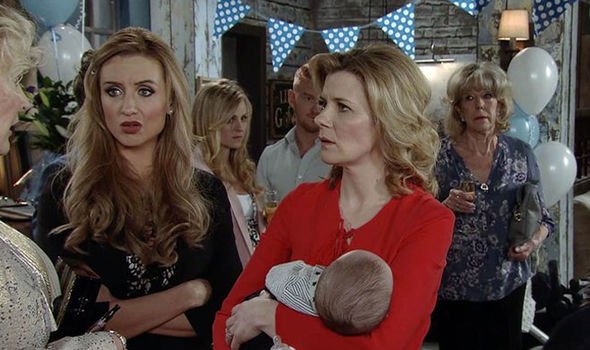 Nick asks the bistro owner if he would like to buy his shares in the factory so he can contribute to the £500,000 Oliver needs for his treatment.

Ray declines the offer but insists he will donate £10,000 to helping the family with their fundraising efforts.

The father-of-one then opens a letter his son Sam has written to him and calls his former lover Natasha Blakeman (Rachel Leskovac) to tell her he wants to meet the youngster.

At his and Leanne’s flat, the businessman comes face-to-face with his child and gets to know him a little better.

However, he is pulled away when his partner informs him the doctors say there is no more they can do to help Oliver.

I’d go back if the time was right

As she vents her fury, Nick reads a text message from his son about their meeting and although it’s not been confirmed whether this is the moment Leanne finds out, she will surely be suspicious about who her other half is messaging.

With her son’s life close to an end and needing support at this difficult time, will the mother-of-one grill the businessman about his secretive behaviour?

If she does, he will be forced to admit he has a secret son with Natasha, which would leave Leanne crushed knowing he will have a child when she no longer does.

Having watched Oliver slip away in her arms and knowing her partner’ secret, the stress could be too much for the grieving character, leading her to plan an exit from the cobbles.

Having not seen Eva since she left Weatherfield two years ago, Leanne could decide now is the time to reunite with her sister.

Again, this could be hard for her as Susie would now be a toddler as she is just a year younger than Oliver but it could provide her with some comfort.

Actress Catherine, 37, has spoken out about returning to play her alter-ego, telling The Sunday People: “I’d go back if the time was right and the storyline was right.”

Could the former cobbles resident make a guest appearance for her nephew’s funeral and suggest to her sister she takes a break to France?