Coronation Street: Adam lays on the floor after being attacked

Coronation Street fans were stunned with Friday night’s cliffhanger; Adam Barlow (played by Sam Robertson) was left lying in a pool of his own blood after someone attacked him in the Bistro. While those watching at home were convinced it was Simon Barlow who did the dirty deed, ITV put out four suspects and while Gary Windass (Mikey North) seems the most likely to have committed the crime, a sneak preview at tonight’s episode shows Sarah Platt (Tina O’Brien) looking extremely guilty.

As an ambulance rushed down the cobbles, Carla Connor (Alison King), stood outside the Rovers’ Return and watched it pass before dating inside.

Gary walked around the corner and asked his sister Faye Windass (Ellie Leach) who was an onlooker: “Who’s in the ambulance?”

“I don’t know, I think something’s happened at the Bistro,” she replied.

“Ray?” Gary suggested and Faye said: “Might be yes.” 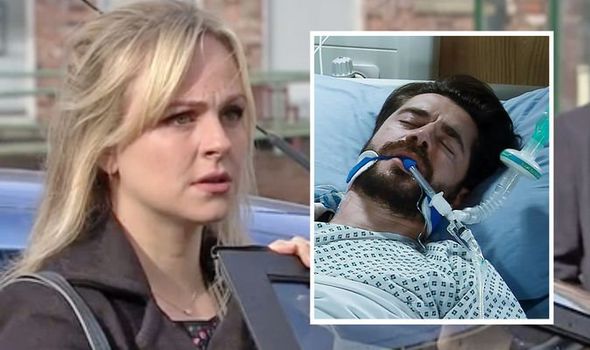 We will use your email address only for sending you newsletters. Please see our Privacy Notice for details of your data protection rights. Coronation Street fans suggest Simon attacked Adam Barlow

“Fingers crossed, hey,” the former builder remarked and his sister shushed him: “What too loud? I don’t care,” he said referring to his enemy’s behaviour towards Faye last week.

The camera switched to the other side of the cobbles and Sarah was seeing leaving Underworld and getting into her car.

“I can’t stop I’ve got a meeting,” she commented but Daniel continued: “It’s Adam. 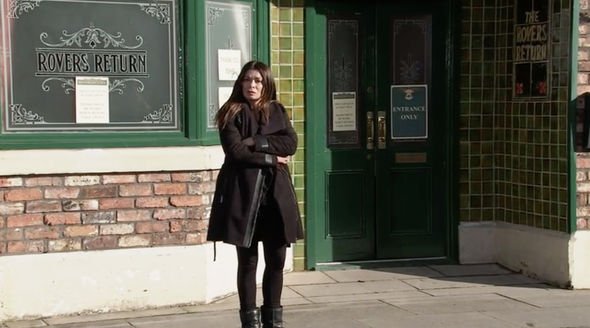 Coronation Street: Daniel tells Sarah that Adam has been attacked

“The ambulance, they found him in the Bistro, someone’s attacked him, he’s unconscious, he’s lost a lot of blood, it doesn’t look good.

“Are you going to be alright getting to the hospital? I need to tell my dad now and then I’ll get a lift with him,” he explained.

Sarah looked extremely guilty and even Gary noticed her reaction to Daniel’s news.

He watched on very suspiciously, wondering whether Sarah already knew about Adam’s attack. 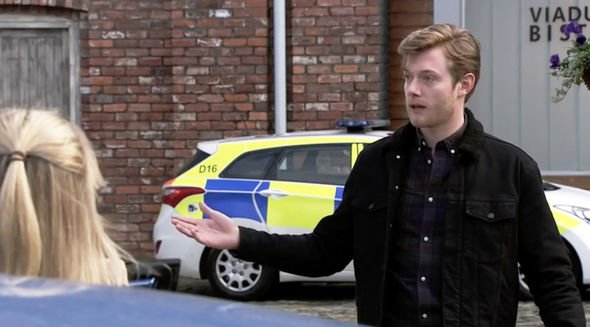 Would Sarah have the courage to strike out at Adam after finding out he slept with her best friend?

Some fans think so and took to Twitter to discuss.

One said: “I reckon it was Sarah. Peter would have been too drunk. Gary was saving his strength for Ray. Carla was angry with Adam but Sarah was heartbroken and Hell hath no fury…Sarah was calm because she was so pleased with herself #Corrie.”

“Peter was not capable of walking let alone sneak into the Bistro. I think its Gary or Sarah. At first thought simon but then he was in his room. When last seen,” another wrote.

A third commented: “I think it was Sarah, she said when hearing that Geoff died “some people really deserve it.”

“Sarah. But Gary will take the blame, which will lead to the body being dug up in the woods,” a fan surmised.

Meanwhile, one tweet read: “I thought it was Daniel but my money is now on Sarah. It deffo isn’t Carla, and that’s a fact.”