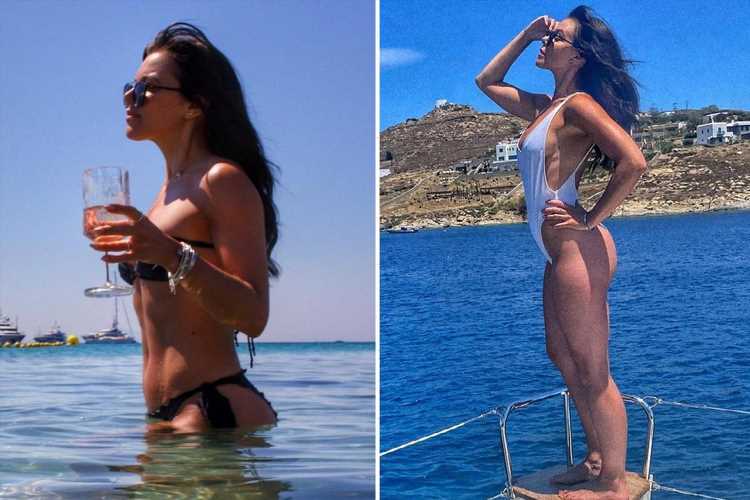 FORMER Coronation Street star Faye Brookes looked sensational as she posed in a white bikini while holidaying in Greece with her boyfriend Joe.

The 33-year-old actress soaked up the sunshine in Mykonos wearing the one-piece backless swimsuit. 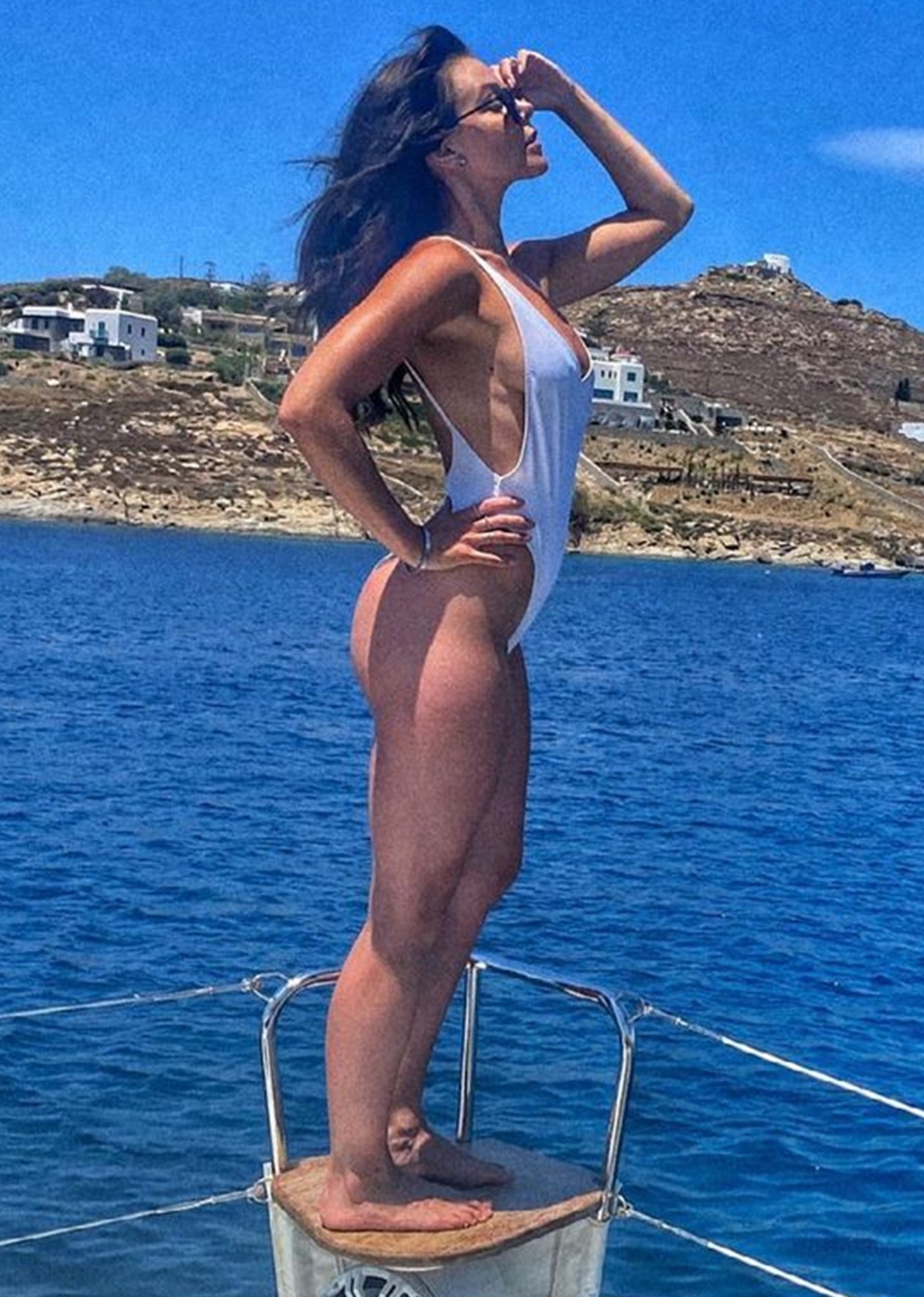 The Dancing on Ice star stripped down to the little number as she posed from a boat in the Aegean Sea.

Faye showed off her trim physique and flashed her side boob as she gazed into the distance.

The TV star looked incredible with one hip on her hand, while the other resting on her forehead.

The star revealed her perky posterior and toned waist in the side view snap. 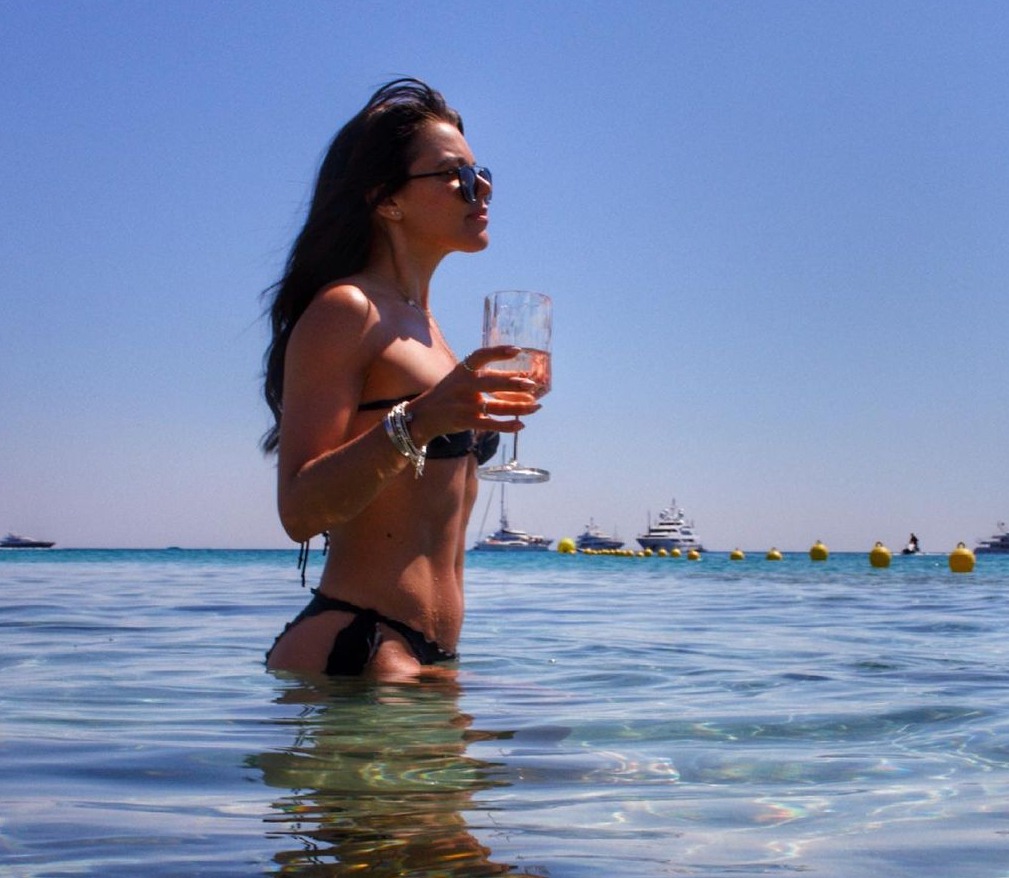 She left her brunette tresses loose and completed her chic summer look with a pair of shades.

The snap captured the breathtaking scenery, as the actress stood on top of a wooden board that elevated her.

The soap star shared the snap, simply writing: "On Wednesday's we wear white."

A flurry of fans were quick to comment on the stunning pic, with one posting: "Absolutely gorgeous Faye!" 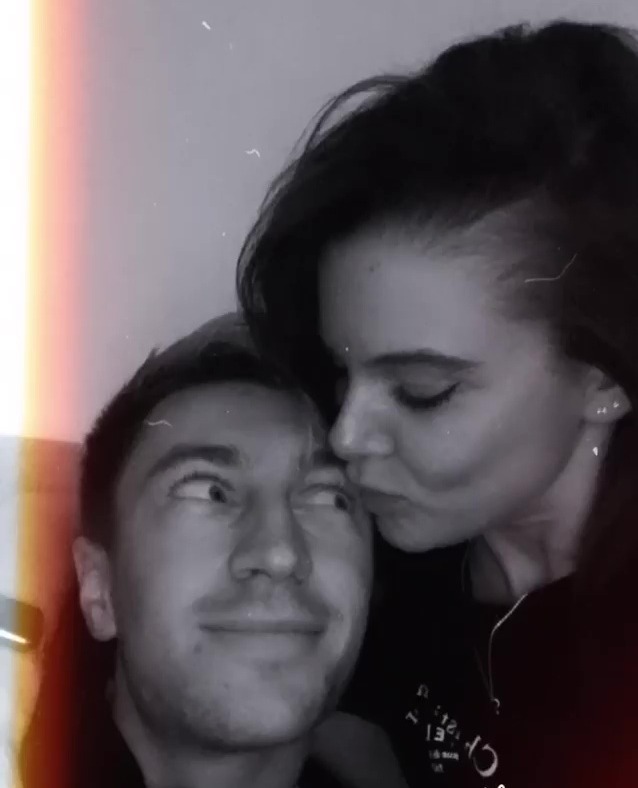 A third added: "Love this pic! You look sensational."

Earlier this week, Faye slipped into a black bikini as she relaxed on the white sand with her personal trainer boyfriend.

Showing off her incredible figure, the star opted for a black sting-tied two-piece, fastening the top around her back in little bows. 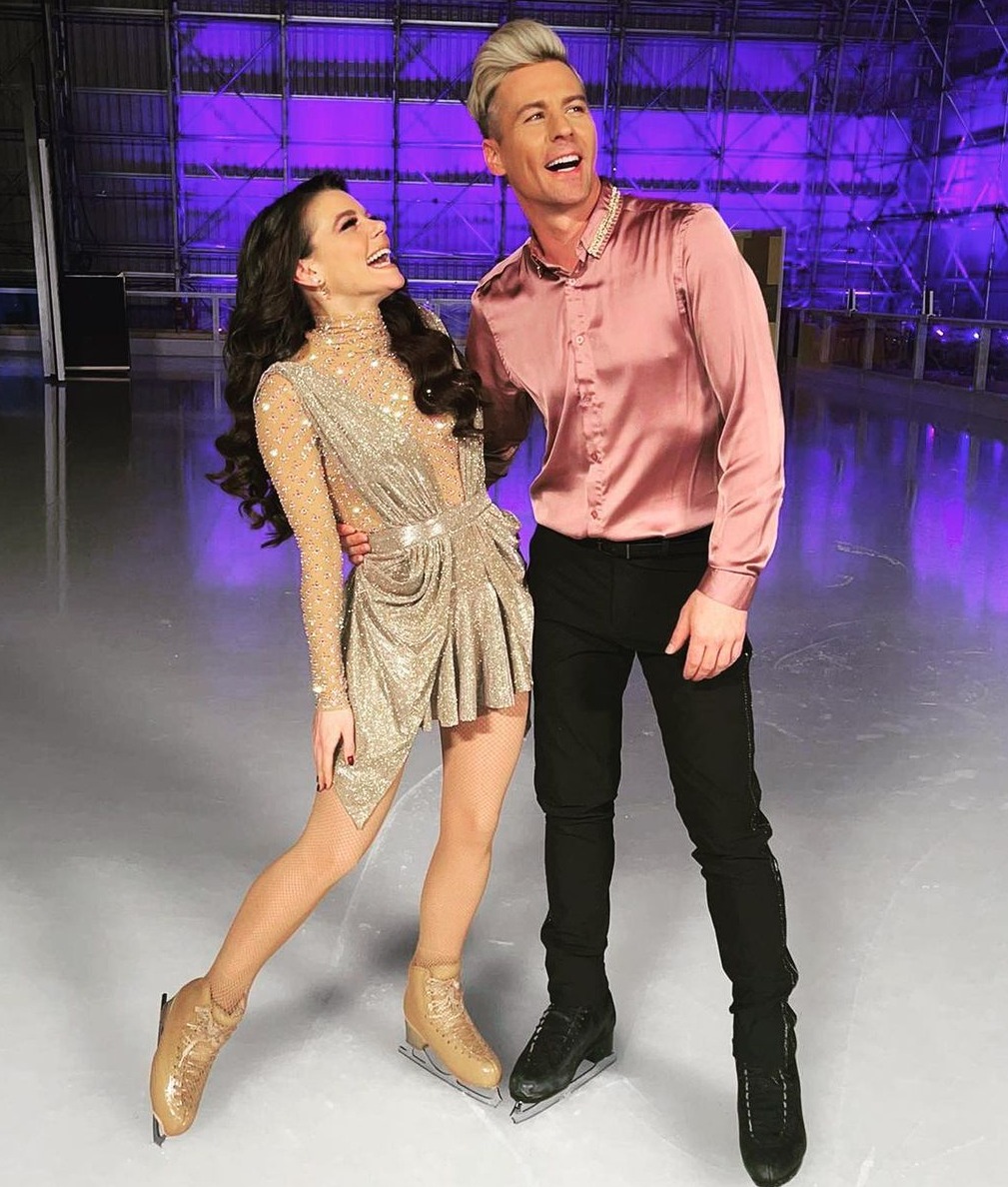 Faye and Joe went public in January with workout posts on Instagram – and later cosied up for a cute couples' snap.

Faye previously dated singer Gareth Gates, 36, and they were engaged, but broke up in August 2019 after dating on and off for seven years.

Gareth was said to be "heartbroken" by the split, which saw them call of their long-standing engagement.

While Gareth went on to find love with new girlfriend Chloe McLennan, a DJ, late last year, Faye was growing closer to Joe. 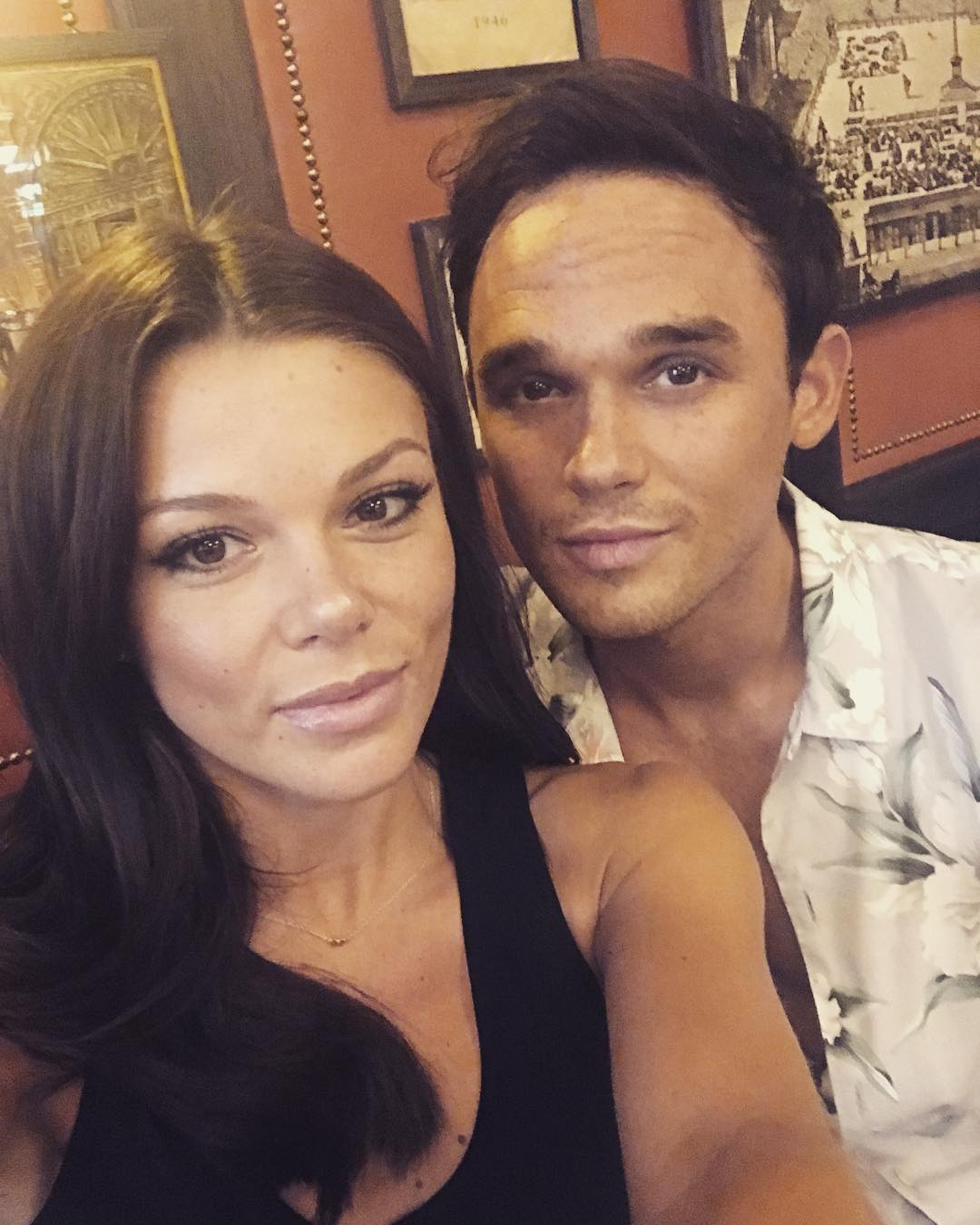 Pop Idol runner-up Gareth and Faye, who played Kate Connor on Corrie, met when they starred in Legally Blonde in 2012 and went public with their relationship in August 2013.

Joe and Faye grew closer over the lockdown period in 2020, and are thought to have spent time together during the first UK coronavirus lockdown.

Faye is believed to have isolated at Joe's parents' seaside home throughout the period, Hello! magazine reported.